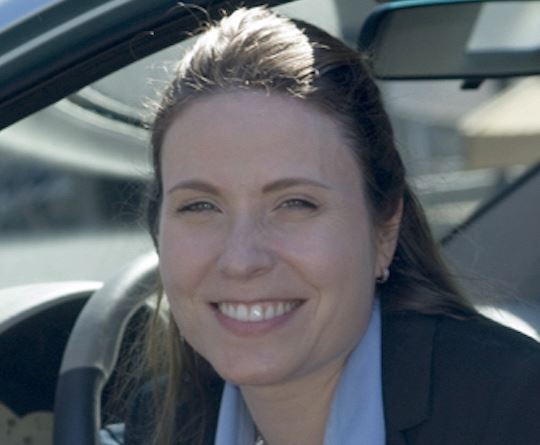 Susan Shaheen’s interest in environmentally- and socially-beneficial technology applications led her to focus her doctoral research on carsharing, linked to public transit in the mid-1990s. She is an internationally recognized expert in mobility and the sharing economy and co-directs the Transportation Sustainability Research Center (TSRC) of the Institute of Transportation Studies at the University of California (UC), Berkeley. She is also an adjunct professor in Civil and Environmental Engineering at UC Berkeley. She has authored 60 journal articles, over 100 reports and proceedings articles, seven book chapters, and co-edited two books. Her research projects on carsharing, smart parking, and older mobility have received national awards. In May 2016, she was named one of the top 10 academic thought leaders in transportation by the Eno Foundation. Dr. 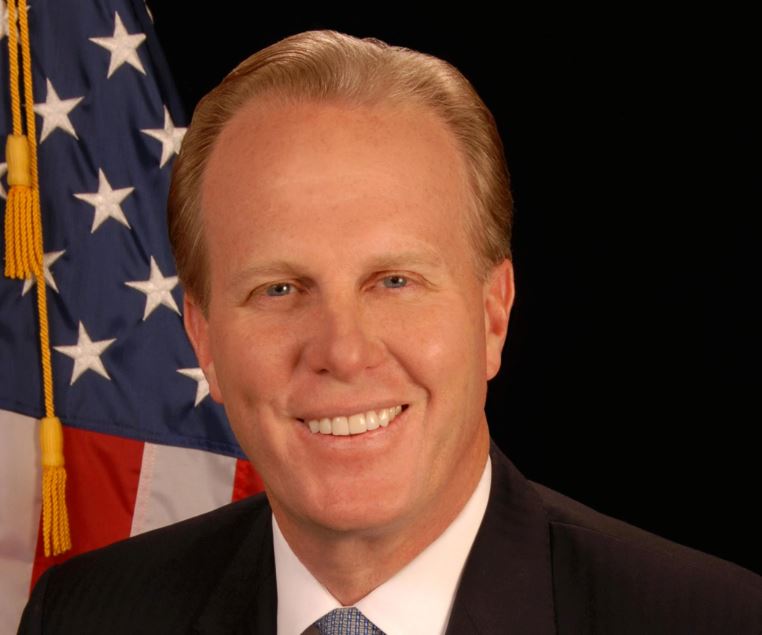 Kevin L. Faulconer became the 36th mayor of San Diego on March 3, 2014. Shortly after taking office, Mayor Faulconer began implementing his vision for "One San Diego," a unified city with an inclusive city government that creates opportunities for San Diegans and delivers results for every neighborhood. His accomplishments include directing 50 percent of all new major revenue toward neighborhood improvements,  doubling the miles of streets repaired annually, hiring the first female police chief in San Diego history, and helping innovative companies grow and expand right here in San Diego. 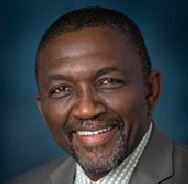 Kome Ajise is the Chief Deputy Director at the California Department of Transportation (Caltrans), responsible for overseeing the internal operations for approximately 19,000 employees and an annual budget that exceeds $1.1. billion. Kome began his career in 1987 in District 6 (Fresno) and has served in various assignments at both the district and Headquarters offices. Between the years 2009–2012, he served as Program Manager, Public–Private Partnerships before being appointed Deputy Director, Planning and Modal Programs in 2012. Kome has a Bachelor of Science degree in Geography and Regional Planning from the University of Benin, Nigeria and a master of City and Regional Planning degree from California State University, Fresno. 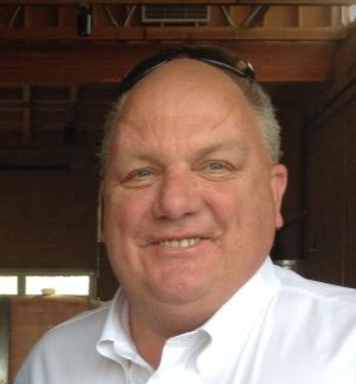 Peder Norby is a native San Diegan and 36 year resident of Carlsbad, California.  Regionally, Peder served as a San Diego County Planning Commissioner for eight years, recently serving as the Chairman of the Technical Advisory Committee (TAC) that drafted the Renewable Energy Master Plan for the County of San Diego. Professionally, Peder is a consultant in the fields of emerging transportation, agriculture and sustainability.  He has worked the past four years under contract as the Special Projects Coordinator for the City of Carlsbad. Peder also serves as a Planning and Sustainability Consultant for the Leichtag Foundation, as well as transportation manufactures and energy companies. 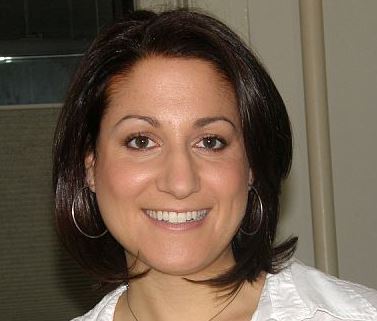 Lauren Isaac is the Director of Business Initiatives for the North American operation of EasyMile. Easymile provides electric, driverless shuttles that are designed for short distances in multi-use environments.  Prior to working at EasyMile, Lauren worked at WSP where she wrote a guide titled “Driving Towards Driverless: A Guide forGovernment Agencies” regarding how local and regional governments should respond to autonomous vehicles. In addition, Lauren maintains the blog, “Driving Towards Driverless”, and has presented on this topic at more than 75 industry conferences. She recently did a TEDx Talk, and has been published in Forbes among other publications. 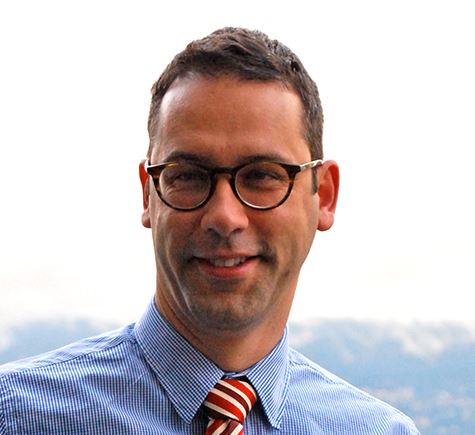 Oliver Hartleben is an architect and city planner with a public administration degree from the Harvard Kennedy School. Oliver grew up in Guatemala City and moved to Vancouver, Canada, four years ago via Boston. Oliver has worked over 20 years in the planning, architecture and transportation sectors and is currently the Coordinator of TH!NK, IBI Group’s R&D unit. As part of his role at TH!NK, he oversaw internal research on the impact of autonomous vehicles on cities. His focus is on existing and evolving demographic, mobility, built form, public outreach, technology and innovation topics. In the past, he has conducted research on urban design, mobility, and housing market topics and taught at different public and private universities. Before coming to North America, he worked for 17 years with the City of Guatemala, lastly as City Planning Director, where he oversaw the planning of the city's first bus rapid transit line and the complete revision of the zoning and subdivision ordinances. 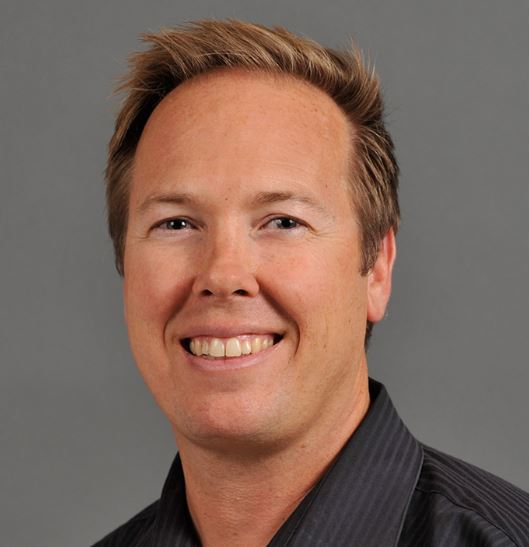 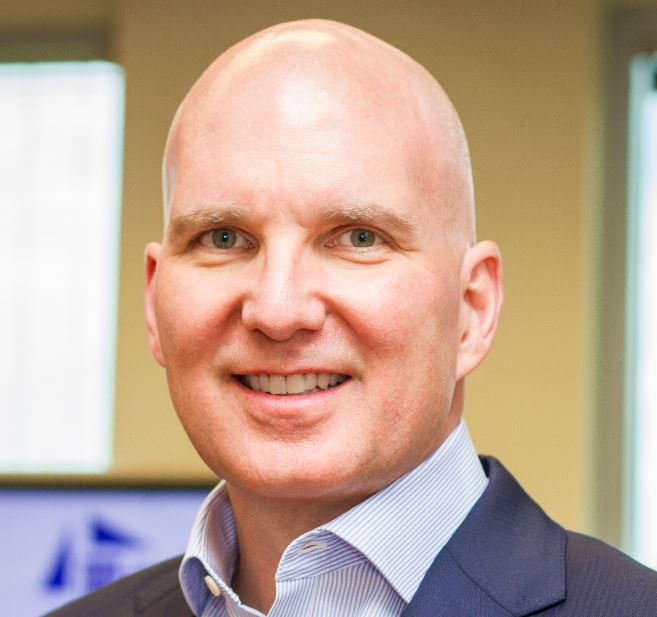 Paul Brubaker is the CEO of ATI21.  Paul is formerly the Research and Innovative Technology Administrator at the US DoT; Chairman of the Virginia Center for Innovative Technology; Deputy Assistant Secretary of Defense; Minority Staff Director of the Senate Subcommittee on Oversight; and served in executive positions in the technology industry.  He was awarded the DoD Distinguished Public Service Medal (DoD’s highest civilian honor); the U.S. DoT Gold Medal; AFFIRM’s Government Executive of the Year; and twice named to the Federal 100.  He holds a BA from Youngstown State an MPA from Kent State. 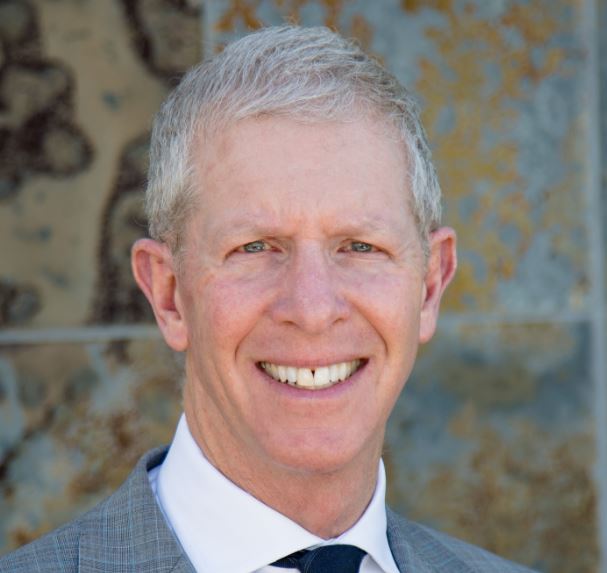 Gary London is Senior Principal and founding partner of London Moeder Advisors, providing market & feasibility analysis, strategic advice and capital packaging for investors, lenders, and developers. His has helped to create master planned communities, mixed use projects and participated in numerous transactions. Over the past five decades, Mr. London has counseled the nation’s most successful entrepreneurs and public officials about the built environment,  transforming our cities, and preparing for the future. Mr. London is an Instructor at the University of San Diego. He received his formal education at the University of California, Berkeley and at San Diego State University. 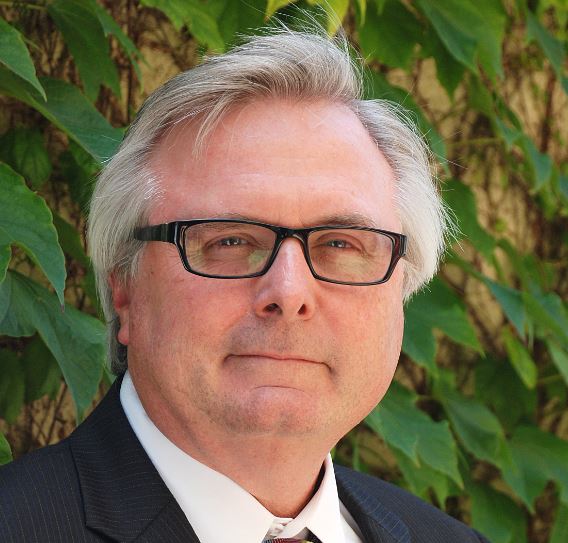 Gary Halbert was appointed Chula Vista City Manager in June 2014 after serving as Assistant City Manager and Director of Development Services. Halbert is a certified planner and licensed engineer. As City Manager of the county’s second largest municipality with a population of 268,000, Halbert administers a $373 million annual budget and oversees 11 departments with a workforce of more than 1,000 employees. Halbert has more than 30 years of experience in local government and has held management positions in city planning, transportation engineering, and development services. He is a member of the Urban Land Institute (ULI), the American Planning Association (APA) and the California City Management Foundation (CCMF). 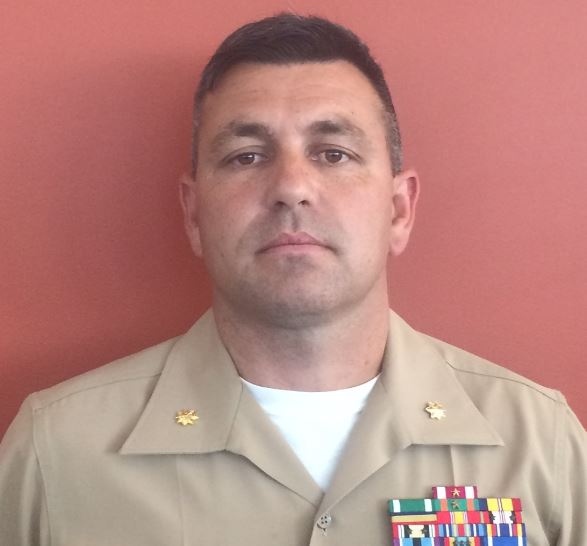 Major Brandon Newell is the Chair of the Mobility Transformation Working Group in the Marine Corps.  He leads the efforts to bring, Lyft, Uber, GM carsharing, electric vehicles and infrastructure, autonomous vehicles, drone delivery and other mobility capabilities onto military bases. He recently concluded a tour as the first Military Fellow at the National Renewable Energy Laboratory and has extensive expertise in energy on the battlefield. Additionally, he is a Communications Officer with an M.S. in Electrical Engineering. 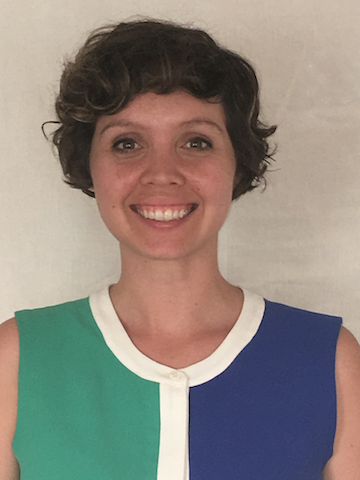 Maya Rosas serves as Circulate San Diego’s Advocacy Manager, where she leads Circulate's efforts on Vision Zero and other campaigns for safe streets. She has five years of experience in active transportation advocacy and land use planning and development in both the non-profit and private sectors in San Diego. She previously worked at Circulate as the Policy Assistant where she played an instrumental role in advocating for the adoption of Vision Zero in the City of San Diego and also advocated for smart growth projects through the MOVE Alliance. Maya most recently worked as a land use consultant for Atlantis Group, where she helped see development projects through all phases of the entitlement process. 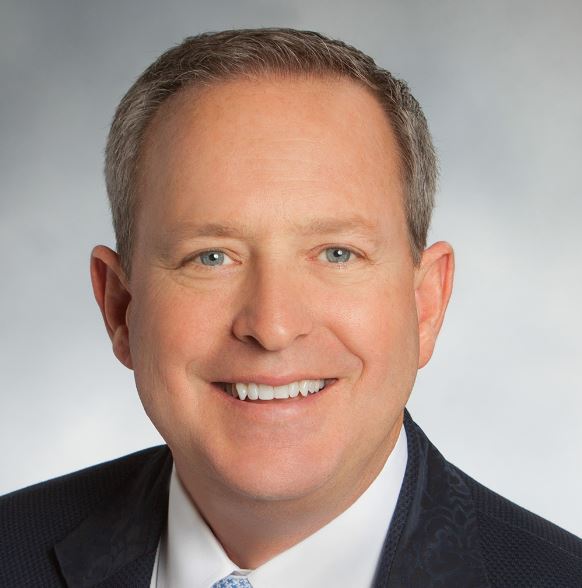 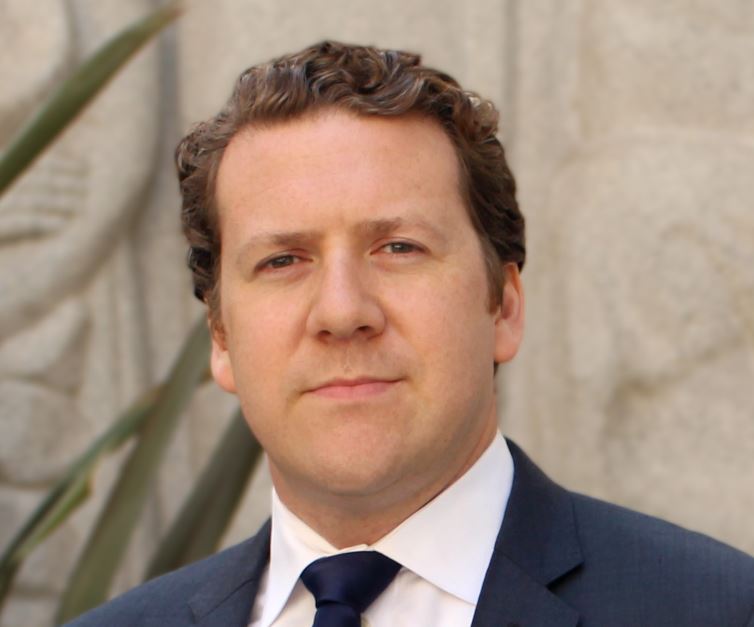 Eric Womeldorff has a keen understanding of the dynamic between land use and transportation cultivated through working on some of the most challenging development projects that the City of San Francisco and the greater Bay Area region have to offer. His areas of expertise include the most advanced transportation analysis techniques, CEQA practices and policies, and helping clients determine how changes in technology,  demographics, and socioeconomics may affect their transportation planning decisions. Eric also leads the firm’s initiative to better understand how Transportation Network Companies and Autonomous Vehicles both affect and will affect travel behavior and transportation networks. This work includes establishing industry contacts, developing original research, and presenting this work to external transportation interest groups and public agencies. He is also a frequent contributor to Fehr & Peers’ Land-Use Transportation Discipline Group, a group of specialists whom collaborate to advance the state of the transportation planning practice and develop new technical innovations. 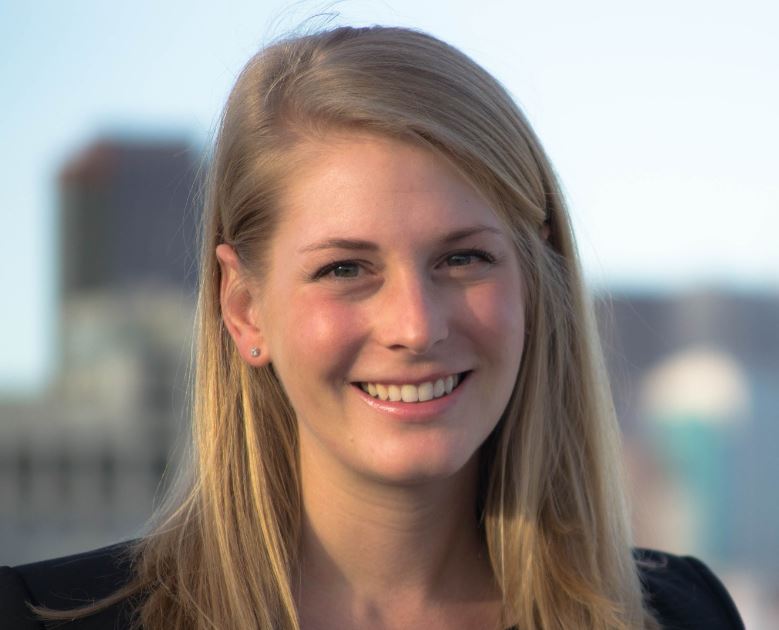 Laura Bisesto is a Manager on Lyft’s Government Relations team where she oversees Lyft’s political and policy strategy at the state and local levels in California (including the CPUC) and Washington State. Prior to joining Lyft’s Government Relations team in 2015, Laura spent five years working as an Assistant District Attorney in San Diego and San Francisco counties where she served as the lead prosecutor in over two dozen jury trials.  Prior to that, she spent a year on the California Supreme Court’s Criminal Central Staff making recommendations on petitions for review. 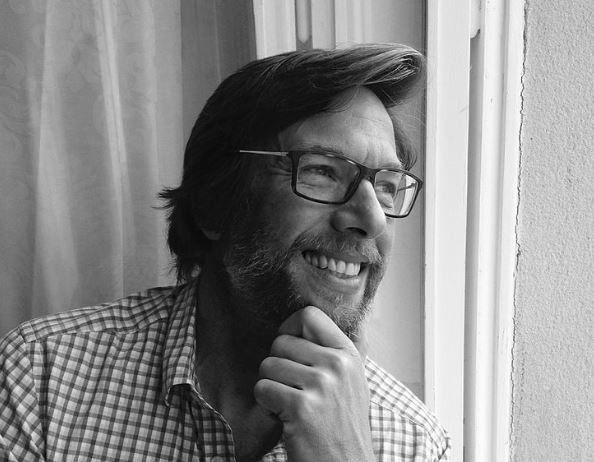 Dr. Bruce Appleyard is an Associate Professor of City Planning/Urban Design at SDSU where he helps people and agencies make more informed decisions about how we all live, work and thrive, now and into the future. He is an expert in transit oriented corridors, street livability, climate action planning, smart growth implementation, and social equity analysis. He created the following concepts: Livability Ethics, Smart Growth Catalysts, Transit Corridor Livability, and The Transportation/Land Use Imbalance. Dr. Appleyard is currently developing performance measure and policy frameworks to ensure our alternative driverless car futures are more sustainable, livable, equitable, and humane. 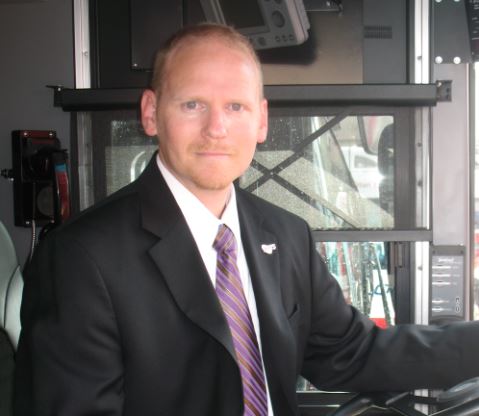 Denis Desmond has been working in public transportation in California for 26 years, starting as a bus driver and then engaged in various positions in operations, training, contract management and planning. He has been with MTS since 1999 and served as the Manager of Planning for six years, overseeing a staff of four service planners. Denis has a BA in Geography (Urban and Regional Planning) from the University of California, Davis. 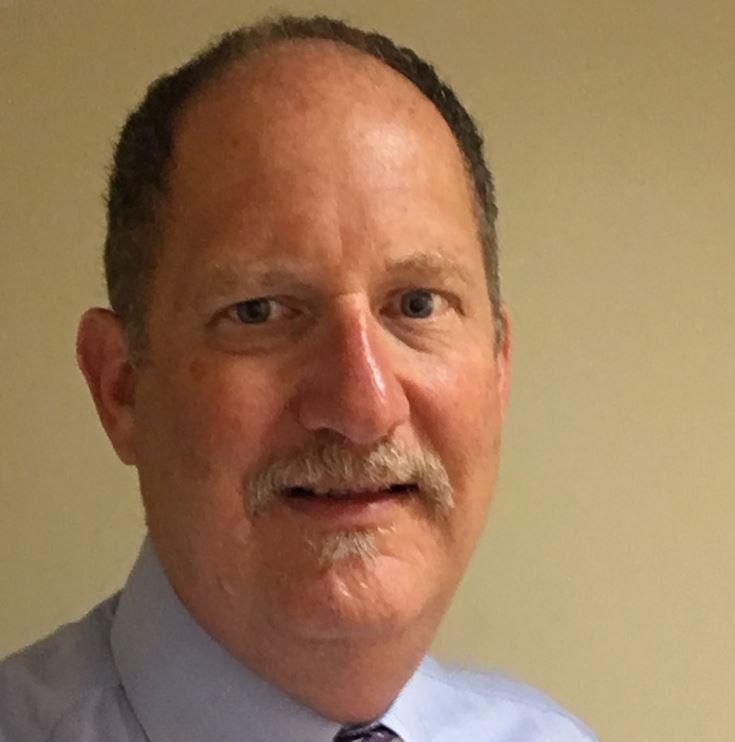 Rick Azer is Associate Vice President for Black & Veatch’s Transformative Technologies group, and a founding member of the company’s Growth Accelerator.  Rick commercializes new technologies and service offerings that extend the company’s position as a leader in critical human infrastructure.  Rick’s projects include a nationwide network of high power EV Charging stations, hydrogen fuel filling stations, stationary storage, and smart city mobility infrastructure.  Prior to joining Black & Veatch, Rick worked for a number of years at Qualcomm.  He sits on the Executive Board of Directors at Cleantech San Diego.  Rick has a Bachelor of Science in Environmental Design from ASU and a MBA from Washington University, Saint Louis. 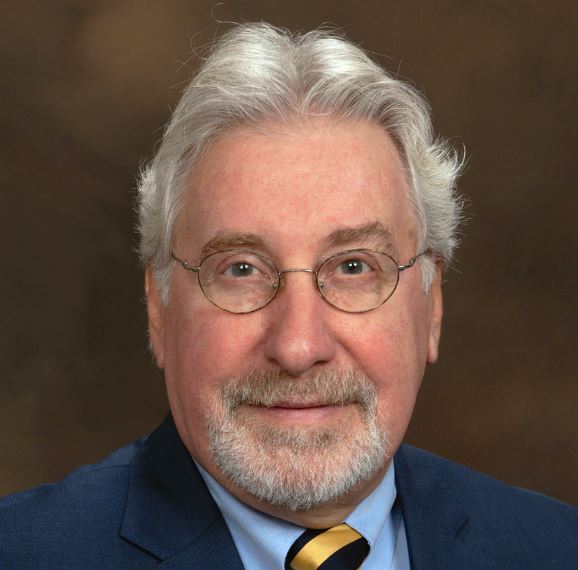 Brian is the Managing Principal of the Community Planning and Sustainable Development Division at Rick Engineering Company. He has over 40 years of experience specializing in community planning, public outreach, environmental analysis, research, and development of public policy. His extensive experience includes preparation of General and Specific Plans for counties, cities and tribal governments throughout California that integrate sustainable environmental values into land use, mobility and design framework policy.

Brian serves as an Adjunct Professor at the New School of Architecture and Design for City Planning. Brian is a member of the College of Fellows of the American Institute of Certified Planners and has won numerous awards for his work including a documentary film he wrote, produced and narrated on the original 1907 Nolen Plan for San Diego.

Dr. Doucet is a Trauma, General and Critical Care surgeon and joined the UC San Diego Trauma Division in March 2007. He completed training as a general surgeon in 1997. He has 22 years military medical service with six deployments including three tours in Afghanistan as combat surgeon with NATO & US forces. He completed his trauma fellowship at UC San Diego in 2003 and has been a faculty trauma surgeon at LA County+USC Medical Center and Vancouver General Hospital. Dr. Doucet is the medical director for the Surgical Intensive Care Unit (SICU). He is also the Medical Director for Emergency Preparedness & Response. He is the American College of Surgeons State Committee on Trauma Chair for San Diego-Imperial. He is also credentialed in ultrasound by ARDMS.