Panel takes questions from the audience.

SAN DIEGO (Feb. 1, 2017) – Crossing the street is an everyday activity for most San Diegans, but too often it’s also one of the most dangerous things they’ll do all day.

Sixty percent of pedestrian crashes in San Diego occur at intersections, and among these, repeat crashes occur at the same intersections time and time again. A report released last year by the Office of the City Auditor found that, “Many intersections with the highest rates of crashes, injuries and fatalities have not been modernized to improve pedestrian safety and generally continue to experience crashes.”[1]

In response, Circulate San Diego and its coalition of partner organizations is launching “The Fatal Fifteen,” an initiative to urge the city to fund safe and affordable infrastructure at the 15 most dangerous intersections in the city.

Last year was the third year in a row to experience an increase in pedestrian deaths (often the most the most vulnerable on our streets). And, as many as 18 people have been seriously injured while walking through the Fatal Fifteen in the past 15 years, yet modern safety improvements have not been implemented.

When Mayor Faulconer announced his support for Vision Zero in 2015, he stated, “There is nothing more important than public safety which is why we’re working toward the goal of zero traffic deaths in the City of San Diego.”

More than one year into its commitment, the City has taken some steps to achieving the goal of Vision Zero, including the Mayor’s formation of a Vision Zero Task Force, creation of a One Year Strategic Plan, development of a safe street design on University Avenue, and subsequent successful grant applications for $5.5 million in infrastructure improvements. But much more work is needed.

“While the City has taken strides to adopt the goal of zero deaths, we have not seen tangible infrastructure improvements in areas with the highest crash rates to demonstrate this commitment. Meanwhile, death and injury on our streets continue to rise,” said Circulate San Diego’s Director of Advocacy Kathleen Ferrier.

A few simple safety improvements can make a huge difference in protecting everyone crossing “The Fatal Fifteen,” which are located throughout the City, in Downtown, City Heights, Hillcrest, Pacific Beach, the South Bay and more. Circulate San Diego and its partners are calling for a minimum of three steps to make these intersections “Vision Zero Safe”: Stripes. Signal. Sound.

Circulate San Diego has also placed warning posters at each of “The Fatal Fifteen” intersections.

To learn more or urge the City to fix “The Fatal Fifteen,” visit www.circulatesd.org/fatal15sd.

Do you have a background in urban planning and want to have an impact on the San Diego region? Circulate San Diego, the area’s leading advocate for transportation choices and sustainable land use, is looking to fill a spot on its dynamic and talented team. This is an ideal opportunity to be a change maker in the San Diego region.

Letter: Recommendations for Win-Win-Win Approaches to Housing Affordability in the City of San Diego

Circulate San Diego prepared a letter for Councilmember Scott Sherman, urging him and other city leaders to heed recommendations on how to improve housing policy for the City of San Diego.

Download the full PDF version of the letter here: [PDF]

Circulate San Diego submitted comments in response to the Notice of Preparation (NOP) for the Program Environmental Impact Report (EIR) for the 2019 Regional Plan issued by SANDAG on November 14, 2016. Our comments included two core points:

(1) The EIR must contain one or more transit-friendly reasonable alternatives that are financially constrained and do not require an amendment of the 2004 TransNet Ordinance.

(2) The EIR should analyze the extent to which the Regional Plan does or does not meet the mode-share goals for local jurisdictions with Climate Action Plans. 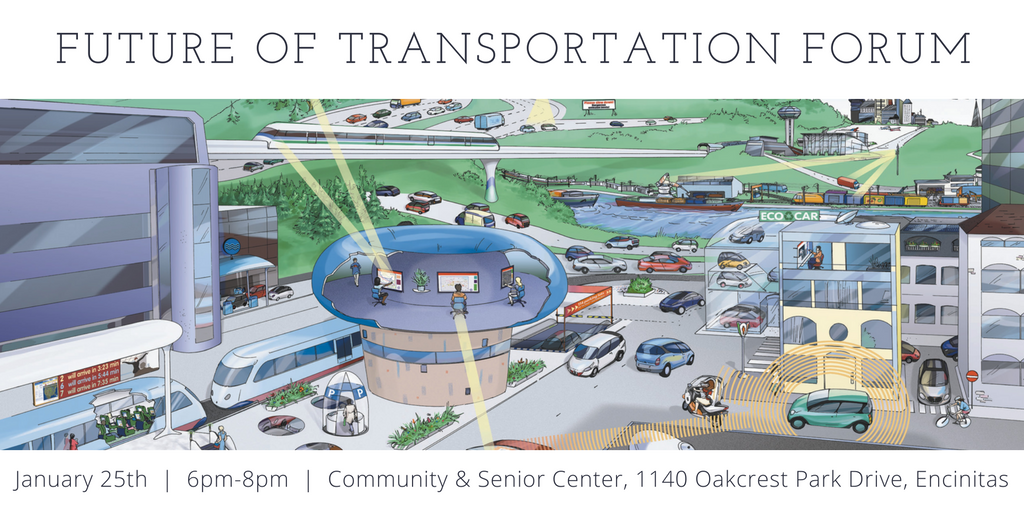 Circulate San Diego submitted a letter to the City outlining projects we want to see included in the Fiscal Year 2018 budget to ensure the goals of the Climate Action Plan and Vision Zero initiative are achieved. The letter was submitted in partnership with the organizations Climate Action Campaign, the San Diego County Bicycle Coalition, and BikeSD.

The undersigned organizations are submitting this request asking you to continue support for implementation of the City’s Climate Action Plan and Vision Zero, specifically as these policy initiatives relate to the FY 2018 budget. We appreciate your ongoing support for making San Diego a sustainable, safe city to live in for all residents. The projects and requested funds outlined below will help keep the Climate Action Plan and Vision Zero initiatives strong.

Letter: Response to the City Regarding Complete Boulevard Study

In response to the final design concepts outlined in the Complete Boulevard Planning Study, Circulate San Diego lauds many of the proposed infrastructure improvements making walking safer along the El Cajon Street corridor.  However, the improvements included in the final design concept fail to account for bicycling facilities.  As such, we believe Alternatives 8b and 6 are better at allowing for bicycling facilities and maintaining desired elements for all modes including on-street parking, a connected facility for bicyclists, and safer crossings for pedestrians.

For Circulate San Diego's complete response, you can download our letter here: [PDF]