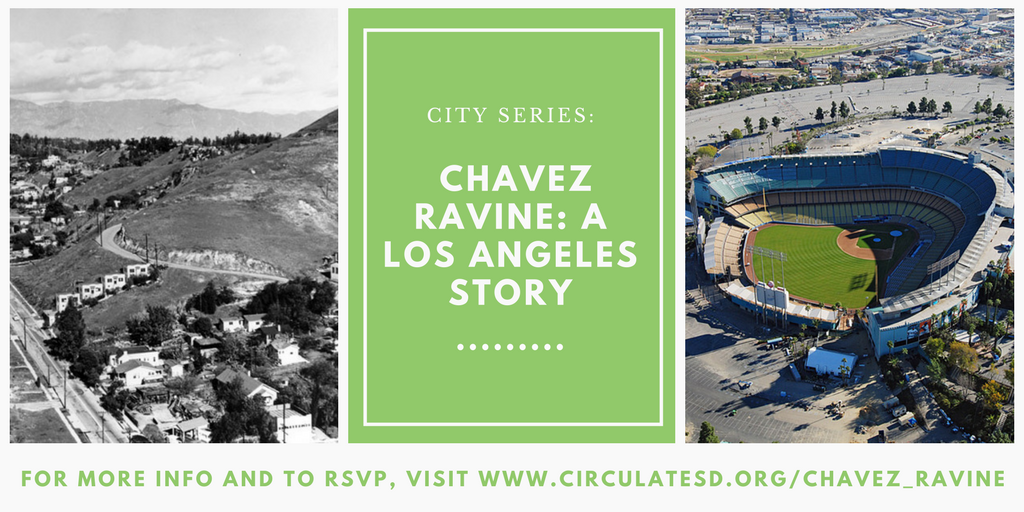 Circulate San Diego is hosting a screening of  CHAVEZ RAVINE: A Los Angeles Story on Thursday, September 14th from 6 - 8 pm at the Elementary Institute of Science in Southeastern San Diego.The film chronicles the impact of the 1960’s Dodger Stadium development to an existing  Mexican American neighborhood in East Los Angeles.

After the screening, Circulate will moderate a panel discussion on the importance of good planning, affordable housing, with an emphasis on what's happened and is happening locally, including the potential reuse of the Qualcomm site.

Richard C. Gentry, San Diego Housing Commission President & CEO. Richard has served as the President and CEO of the San Diego Housing Commission (SDHC) since 2008. With more than 300 employees and an annual operating revenue budget of $252 million, SDHC serves low-income residents in the city of San Diego—the eighth largest city in the nation and second largest city in California.