Circulate San Diego wrote a letter to the SANDAG Board of Directors regarding the development of the 2019 Regional Plan revenue-constrained network scenarios. Circulate recommends the development of a revenue-constrained transit-advancing network scenario and Network Performance Measures that include an analysis of compliance with adopted Climate Action Plans across the region.

Circulate San Diego wrote a letter to the City Council to recommend Vision Zero projects to be included in their CIP Prioritization memos. These projects, if funded, will help San Diego achieve Vision Zero, the city-adopted goal of ending all traffic fatalities and serious injuries by 2025. 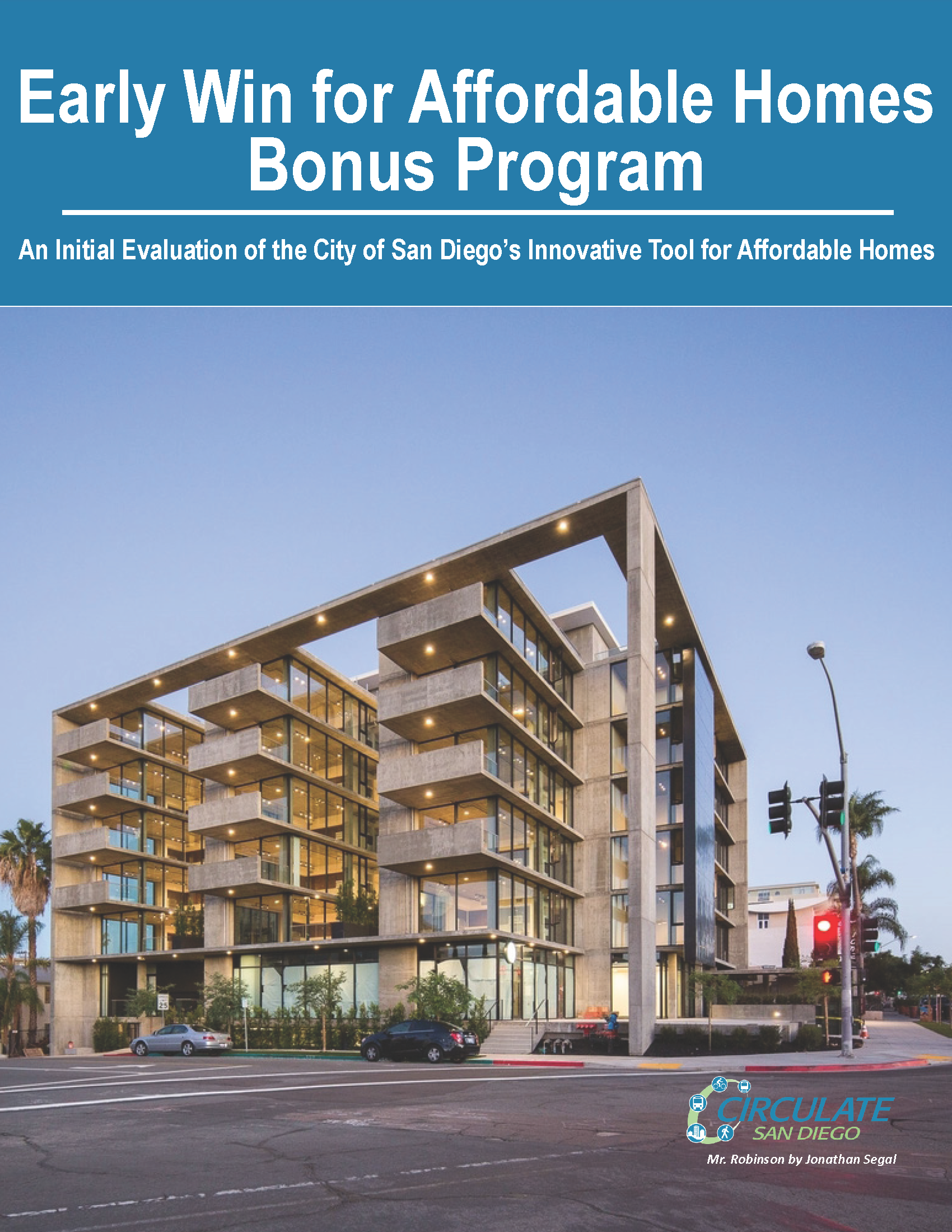 Letter: Finalizing the SB 743 Guidelines and Applying Them Statewide

Circulate San Diego joined with a number of organizations from around California to support and call for Governor Brown to finalize the long-overdue SB 743 guidelines immediately.

Please join us in support of finalizing the guidelines for SB 743.

Circulate San Diego wrote a letter in support of SANDAG’s application for the SB1 Sustainable Communities Planning Grant. The grant application will be prepared by the Metropolitan Transportation Commission (MTC) in partnership with SANDAG, the Southern California Association of Government’s (SCAG) and the San Francisco County Transportation Authority (CTA) for a project titled “The Future of Mobility: Data Collection and Analysis to inform Long Range Transportation Planning.”

Letter: Support for Amendments to the Land Development Code Related to Placemaking

Over the past year, Circulate San Diego has been working together with community partners and the City of San Diego to develop a new permitting process for placemaking projects. We sent a letter supporting the proposed placemaking amendments to the Municipal Code ahead of the City Council hearing.

The structure of our metropolitan planning organization, SANDAG, as well as our two transit agencies, MTS and NCTD, need reform. All three entities distribute power disproportionally among smaller and less central jurisdictions, which is not consistent with the democratic principles of one person, one vote.

For San Diego to move forward, and to achieve California's greenhouse gas goals, we need the structural reform called for by AB 805.

Over the past year, Circulate San Diego has been working together with community partners and the City of San Diego to develop a new permitting process for placemaking projects. We have sent a letter to Mayor Kevin Faulconer supporting the proposed placemaking policy amendments to the Municipal Code.

Last week we sent a letter to Mayor Kevin Faulconer supporting the proposed placemaking policy amendments to the Municipal Code.

The connection is proposed in the Serra Mesa Community Plan Amendment. We feel that this connection with bicycle and pedestrian facilities is particularly important because it will reduce greenhouse gas emissions, support smart growth development, and increase connectivity for our communities in a manner that promotes transit, mobility, and bicycle accessibility.