Circulate San Diego’s new report, “Transit Together,” finds that an MTS ballot measure could fund long planned transit projects and dedicate billions of dollars to new priorities. Bold projects that an MTS ballot measure could fund include transit connections to the airport, the Purple Line connecting the border to jobs centers in Kearny Mesa, bus fleet electrification and accessibility improvements, safe routes to school, transit, and for seniors, and student transit passes.

“Our report is a roadmap to help MTS put forward the strongest possible transportation ballot measure to attract the support of voters,” said Colin Parent, Executive Director and General Counsel for Circulate San Diego. Parent authored the report “Transit Together.”

“MTS has the opportunity to reinvest $10 billion in local revenue to improve our transportation network, and create good paying local jobs, and we look forward to working with MTS to ensure the proposal does just that” said Armando Nuñez with the Southwest Carpenters.

Pictures from the event are attached to this release. ”Transit Together” can be downloaded here: http://www.circulatesd.org/transitogether. 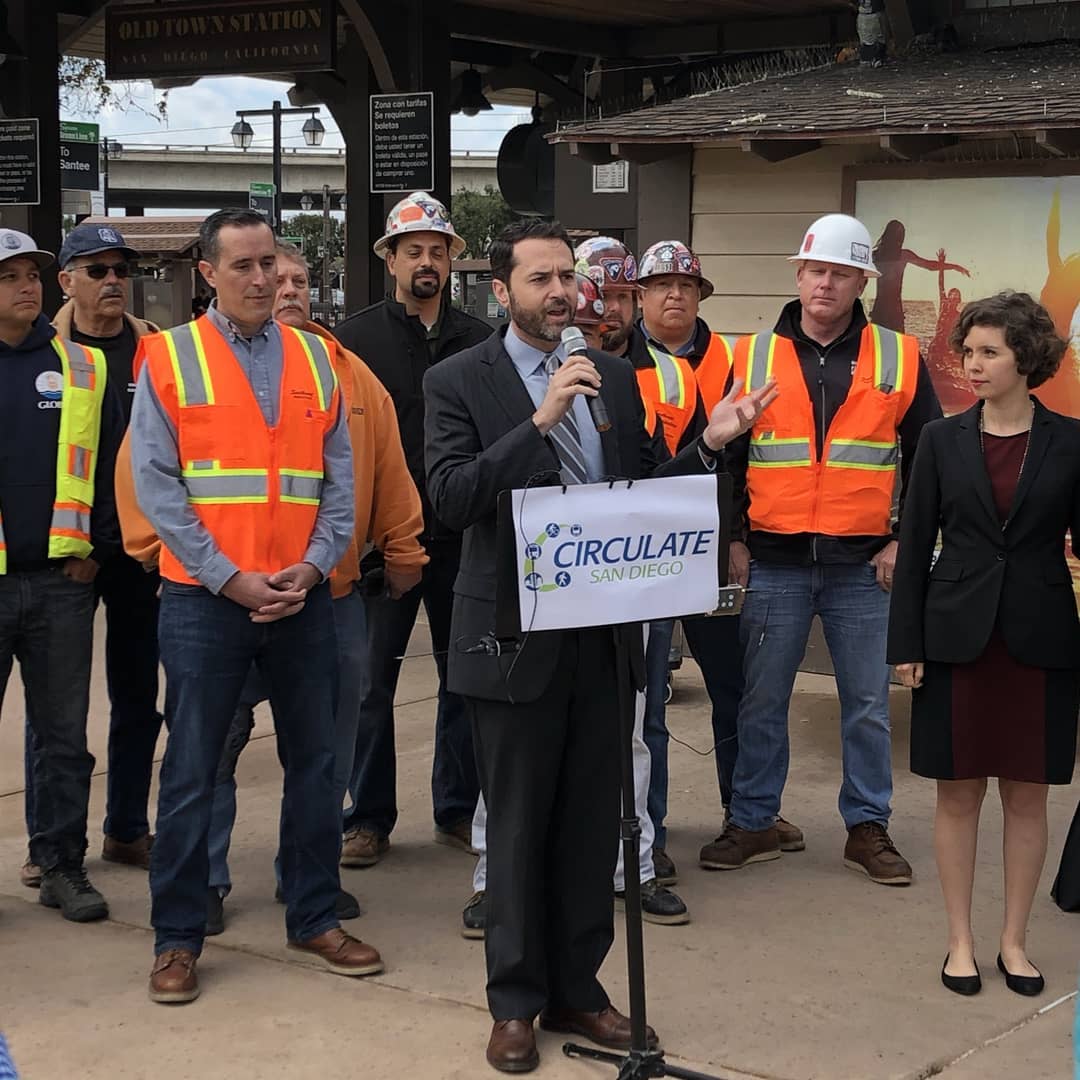 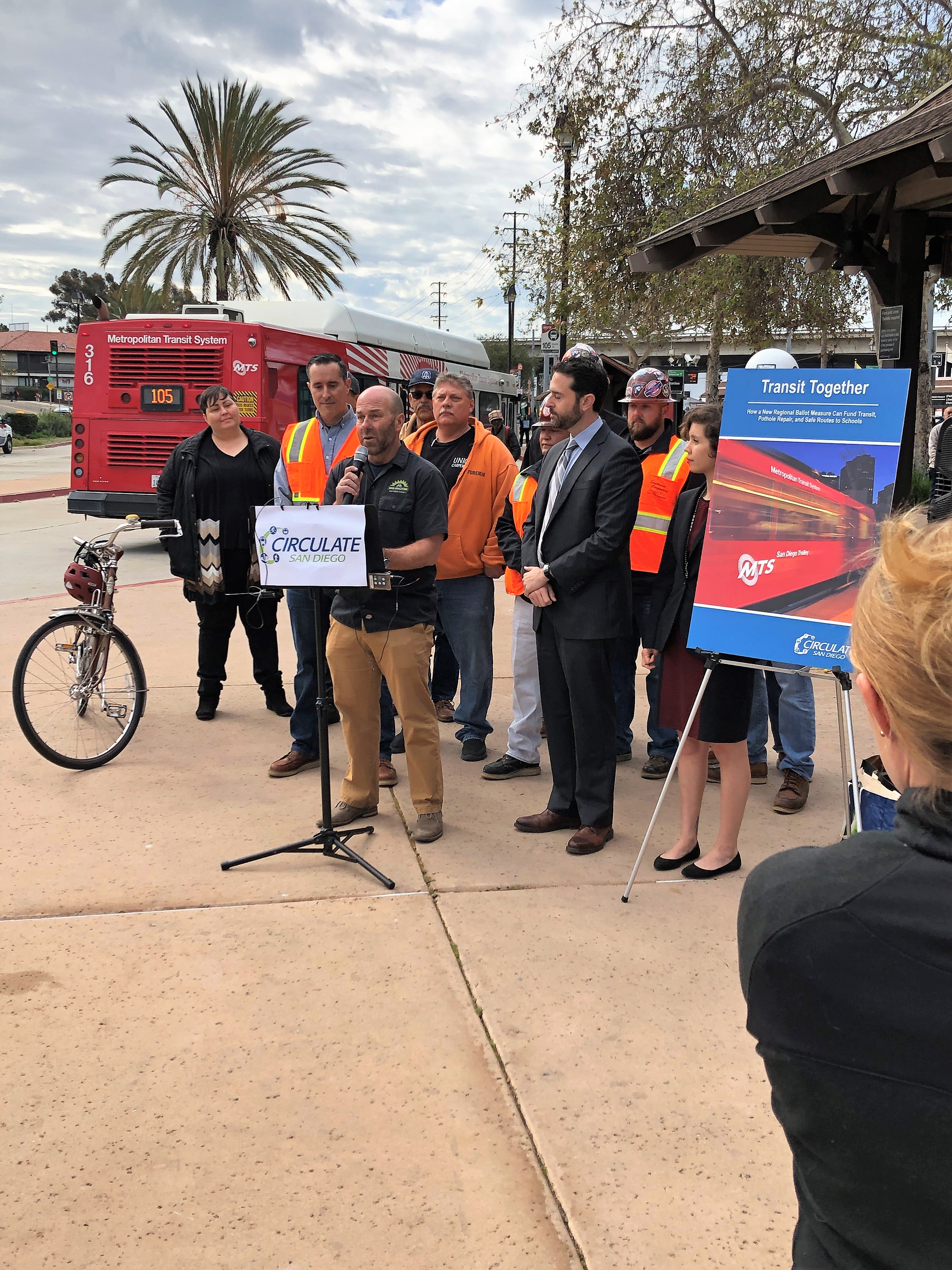 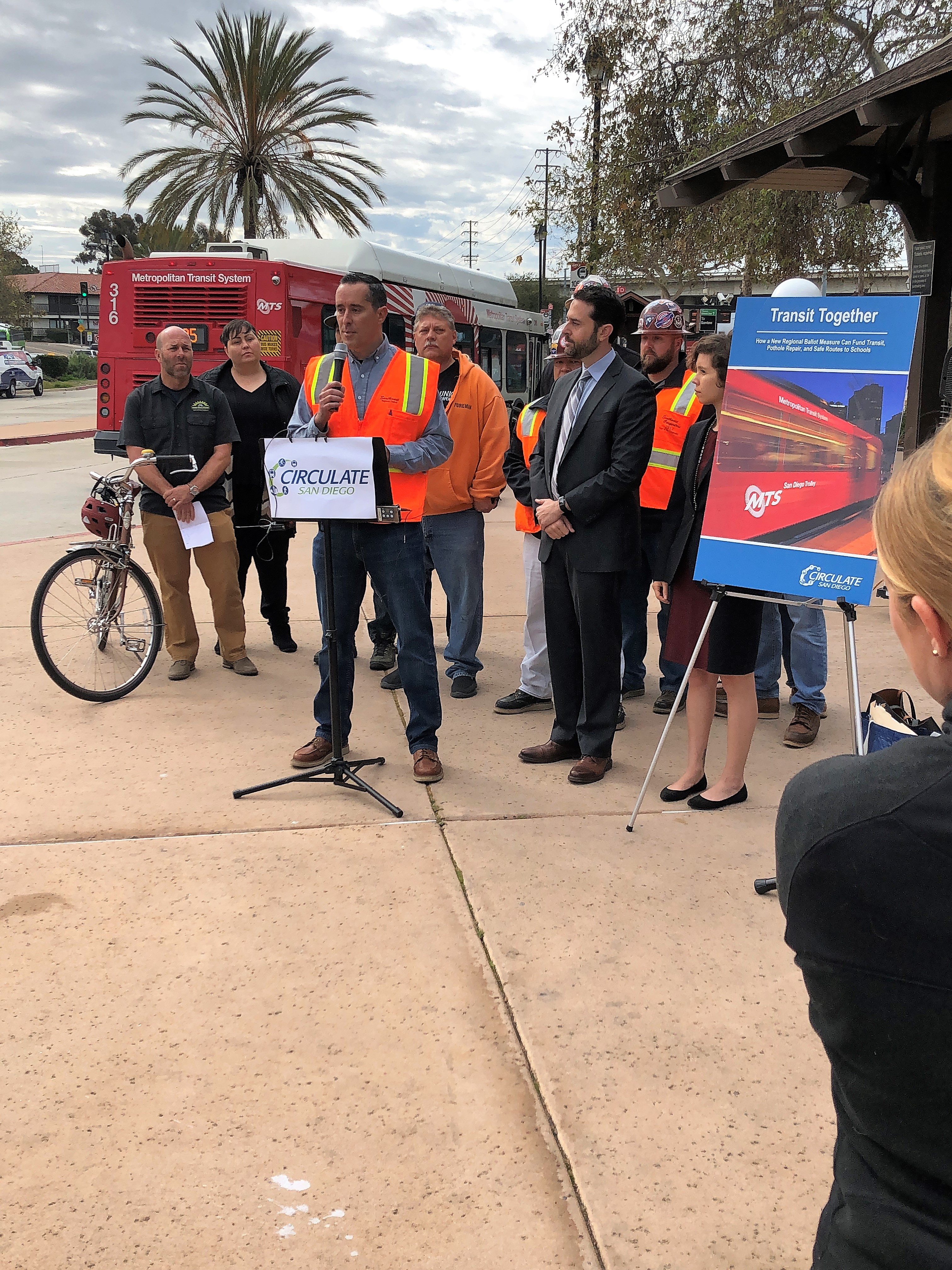