PRESS RELEASE: One Pedestrian Killed, and Four Others Seriously Injured in Crashes within the Last Two Weeks

Press Release: One Pedestrian Killed, and Four Others Seriously Injured in Crashes within the Last Two Weeks

SAN DIEGO (May 20, 2021) – In the last two weeks one pedestrian was killed and four others were seriously injured in crashes on the roadways in the City of San Diego. Two of these crashes occurred in the very same sidewalk, only two days apart.

Circulate released its report, “Hope for Vision Zero” this month, showing modest improvements to street safety in the City of San Diego since committing to Vision Zero in 2015. However, traffic injuries and fatalities remain unacceptably high.

In the first crash, a bicyclist was seriously injured when a driver turned in front of him in the Old Town neighborhood of the City of San Diego. At around 8:00 p.m. on May 5, 2021, the driver turned to make a three-point turn, at which point the bicyclist was struck by the passenger side of the vehicle and fell into the traffic lane. Another driver struck the bicyclist as he lay in the road. The bicyclist was taken to the hospital with serious injuries.

The second crash occurred on May 6, 2021, at around 9:00 p.m. in the Azalea/Hollywood Park Neighborhood of the City of San Diego. A pedestrian was walking on the street when he was struck by a driver. He suffered injuries to his head and foot that were life threatening.

The third crash occurred on May 9, 2021 at around 8:00 p.m. in the Mission Valley West neighborhood of the City of San Diego. A skateboarder was riding on Hotel Circle North when he was struck by a driver. The skateboarder suffered life-threatening injuries including a fractured leg and major trauma.

“Five serious crashes seriously harmed and killed people on our roadways in the last two weeks,” said Colin Parent, Executive Director and General Counsel for Circulate San Diego. “No one should fear for their lives on San Diego’s streets..”

In partnership with the California Office of Traffic Safety, Crash Not Accident educates San Diegans about our role in preventing traffic deaths and serious injuries by acknowledging that crashes are not merely “accidents,” but are the result of human error and systemic decisions. For more information, visit http://www.circulatesd.org/crashnotaccident.

Vision Zero is an international movement to end traffic deaths and serious injuries through careful driving, safe street design, and other safety principles. The City of San Diego committed to Vision Zero and ending all traffic fatalities within 10 years, beginning in 2015. In 2020, 56 people lost their lives unnecessarily due to traffic crashes. For more information, visit http://www.circulatesd.org/visionzero.

Traffic crashes are preventable. We can all do more to save lives so that San Diegans can walk, bike, roll, or drive without risking life or limb.

About Circulate San Diego
Circulate San Diego is a regional nonprofit organization dedicated to advancing mobility and making the region a better place to move, work, learn and play. We lead a coalition of more than 25 local organizations to support Vision Zero throughout the San Diego region. For more information, visit www.circulatesd.org. 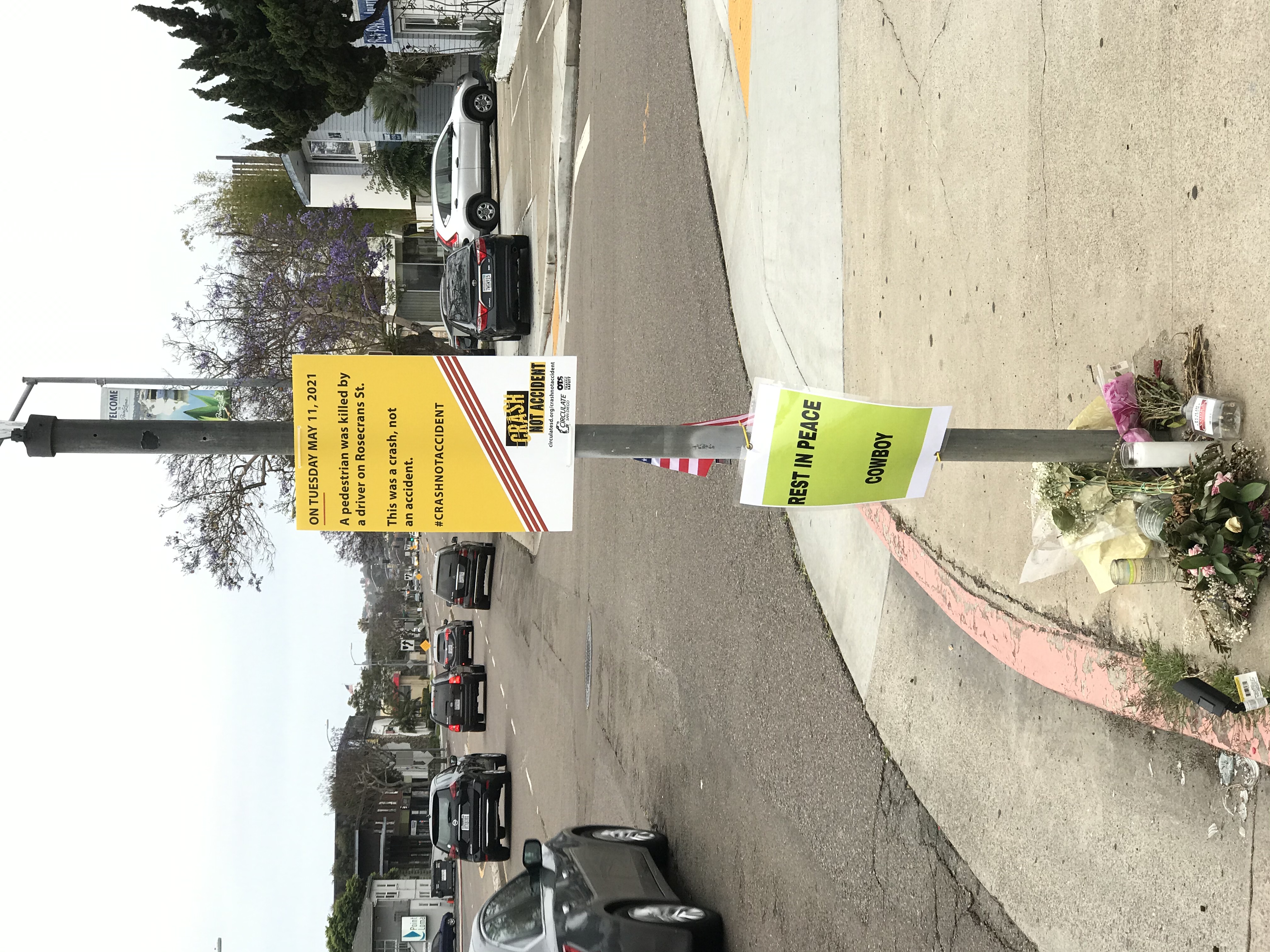 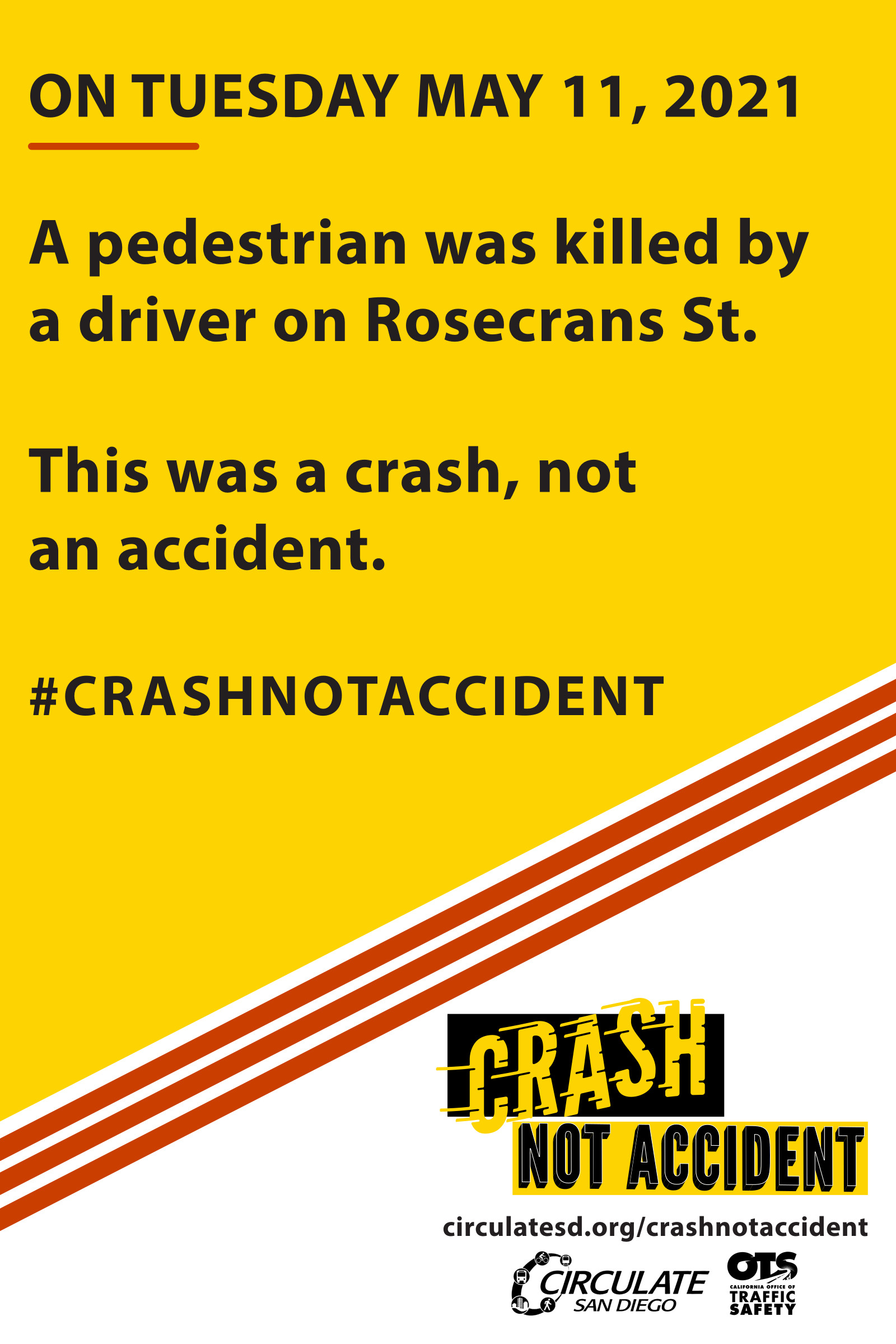