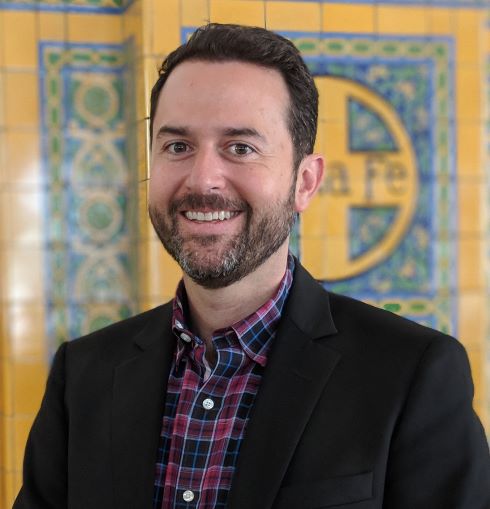 Colin Parent is Executive Director and General Counsel at Circulate San Diego. In addition to overall management and legal matters for the organization, he advocates for effective transit, safe walkable neighborhoods, and sustainable land use policy.

Colin served on the Jerry Brown for Governor 2010 campaign, and was appointed by Governor Brown as the Director of External Affairs for the California Department of Housing and Community Development. Prior to working for Governor Brown, Colin practiced law for three years as a commercial litigator at the San Diego office of the international law firm of DLA Piper US LLP. During 2013 and 2014, Colin served as the Director of Policy at the San Diego Housing Commission.

He co-founded the San Diego Leadership Alliance, an organization that trains young San Diegans to be equipped for civic leadership. As a board member of the League of Conservation Voters San Diego, he chaired the first ever coalition to grade the environmental records of elected officials in the City of San Diego. 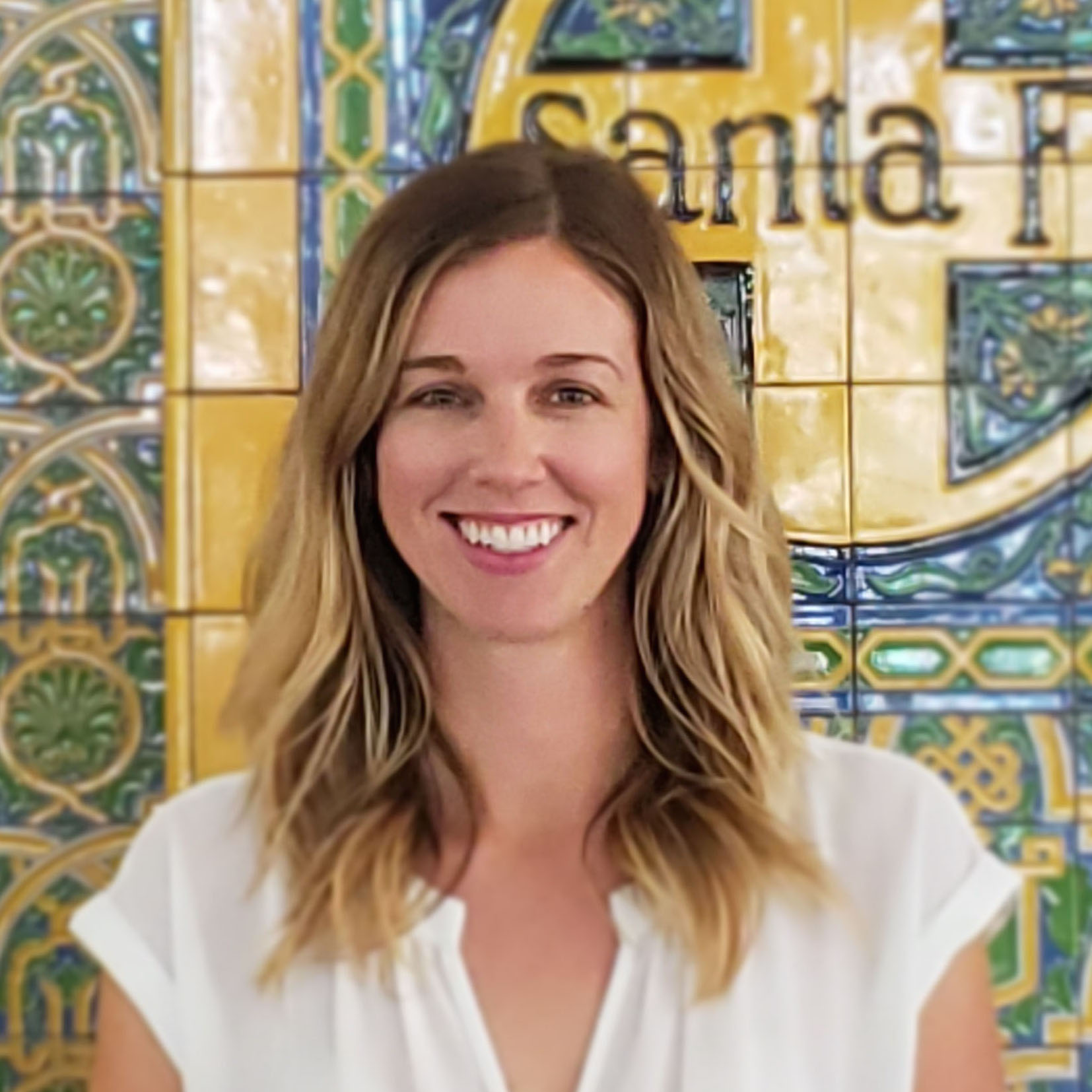 Danielle is the Director of Planning at Circulate San Diego and leads the for-fee consulting services of the organization. She is an urban planner who is passionate about sustainable transportation and development. She is a native San Diegan and has spent time living and working in Toronto, New York, and Salt Lake City. Her work focuses on increasing livability through active transportation, public space activation, recreational access planning, and event programming.

Danielle is a graduate of the University of Toronto and Columbia University. She is a founding member of the Association of Pedestrian and Bicycle Professionals, Utah Chapter and active member of the American Planning Association (APA). Her work has been recognized with awards from the APA Inland Empire and San Diego Chapters and presented at the ESRI User Conference, APA National Conference, and APA Utah Spring Conference.

Outside of work Danielle can be found exploring by bike, skiing, flyfishing and advocating for environmental causes with the Ocean Conservancy, Utah Stream Access Coalition, and Protect Our Winters. 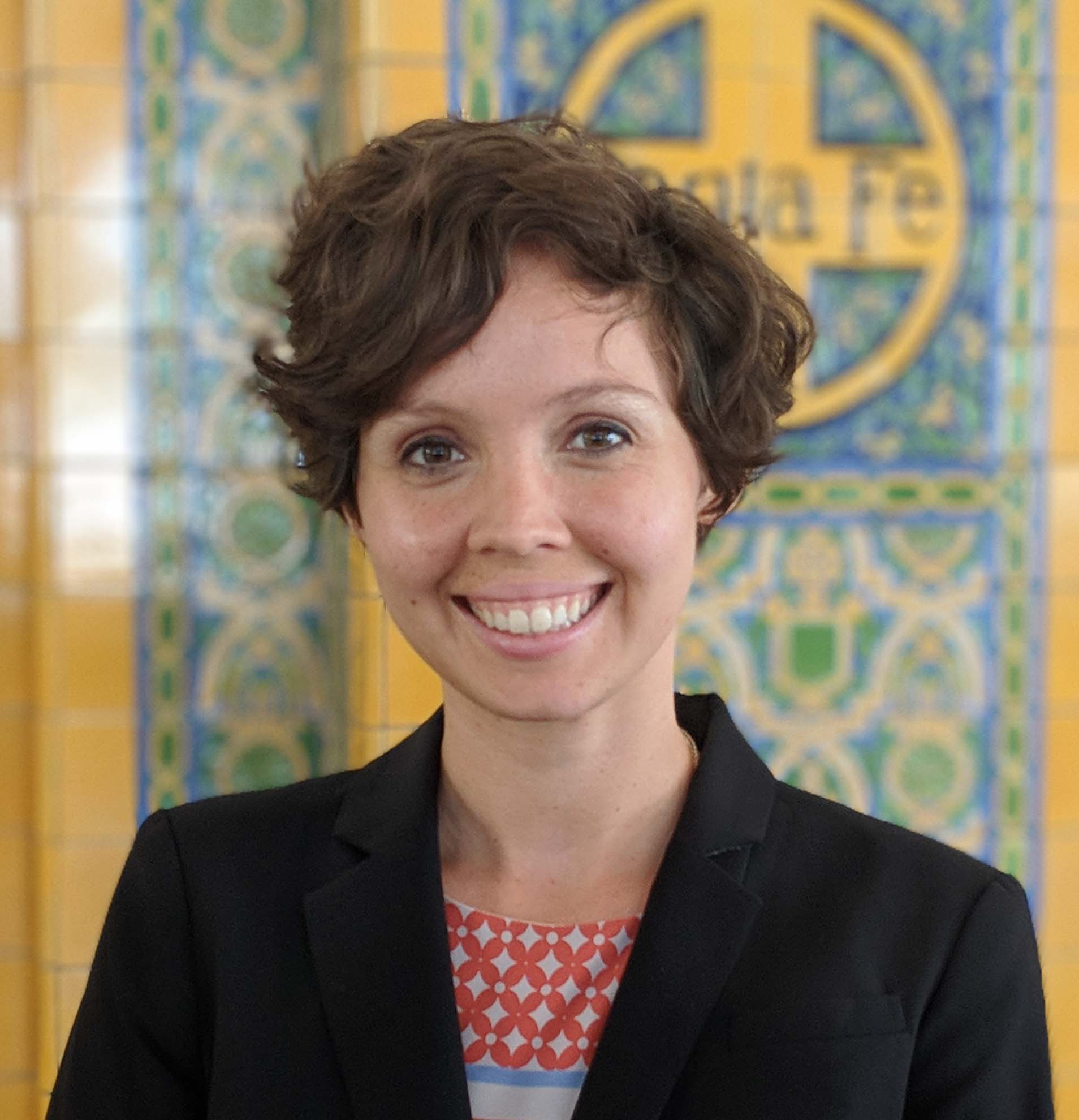 Maya Rosas serves as Circulate San Diego’s Director of Policy, where she leads Circulate's efforts on Vision Zero, Community Planning Group reform, and other campaigns. She has worked in safe streets advocacy, land use planning, and housing in both the non-profit and private sectors in San Diego since 2012. Maya is the author or co-author of numerous reports on topics including aging in place, Vision Zero, and affordable housing opportunities. Her work has supported the adoption of Vision Zero in the City of San Diego and Imperial Beach, updated policies that support transit-oriented development, and increased funding for safe street improvements in the City of San Diego. Previously, Maya worked as a land use consultant for Atlantis Group, where she helped see development projects through all phases of the entitlement process and learned how homes get built.

Maya is a leader in San Diego's YIMBY movement, a member of the San Diego Housing Federation's Policy Committee, and serves on the City of San Diego's Mobility Board. She has served on multiple boards including as an elected board member of the Uptown Planners, her Community Planning Group, the San Diego Leadership Alliance, SANDAG's Active Transportation Working Group, and the San Diego section of the American Planning Association. She is a graduate of the San Diego State University Master in City Planning program, where she wrote her thesis on pedestrian collision risk factors in the City of San Diego. She previously received a Fulbright Fellowship to Mexico, was selected as one of San Diego's 40 Under 40 in SD Metro magazine in 2015, and was honored as one of the Women of the Year in 2019 by Senate President Pro Tempore Toni Atkins. 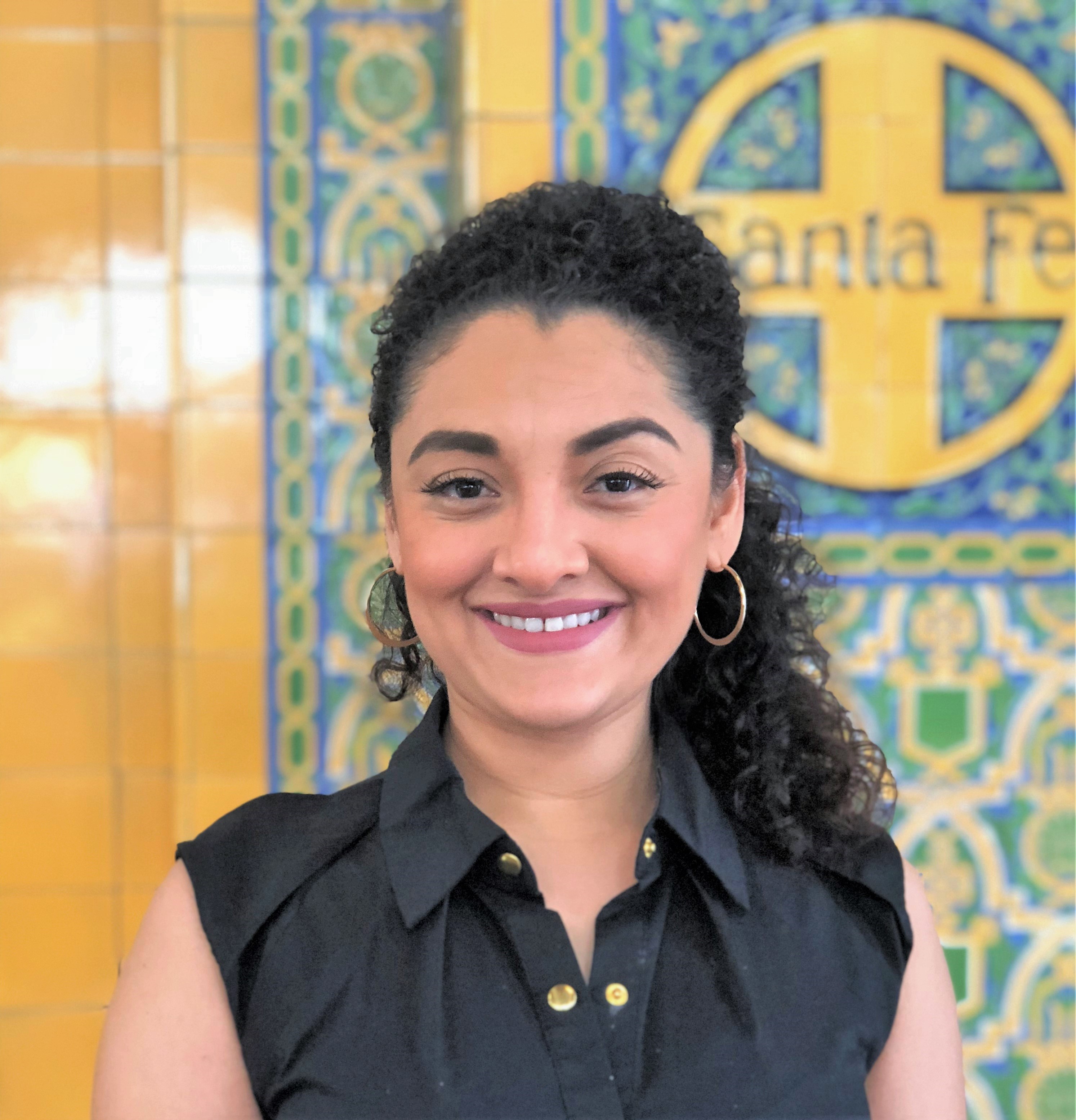 Davida has worked in the Architecture, Engineering, and Construction (A/E/C) industry for over 16 years. Her roles ranged from front desk first impressions, to managing job-site/project administration, to leading and working with design teams developing robust technical proposals to win work.  She recently returns to San Diego after a four year stint in New York City and is enjoying her hometown in a whole new way, including taking mass transit for business and pleasure!

When she is not managing Circulate’s office operations, she is running her mobile spray tanning business, working out, or enjoying live music. She is a graduate of University of Phoenix with a degree in Business Administration with an emphasis in Marketing.  She thoroughly enjoys working with and supporting a positive team with vision to create a dynamic change in the community. 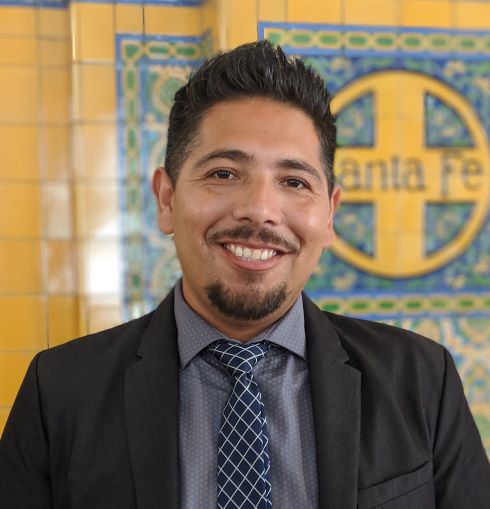 Juan Antonio worked in the nonprofit and private sector where he obtained valuable experience in community outreach, especially in underserved communities, before joining our team. As a native Spanish speaker and coming from a Latino family, Juan Antonio understands the needs of Latino underserved communities and the many benefits of walkable communities. Juan Antonio received his Masters in City Planning Degree from San Diego State University and did his internship in the Municipal Planning Institute in the City of Tijuana, Mexico where he obtained his undergraduate degree. 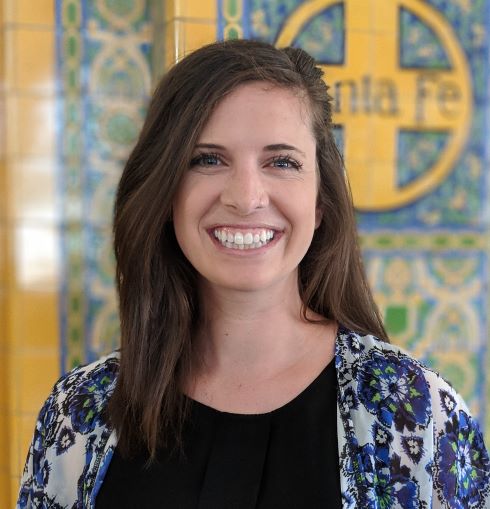 Jana is a Planner for Circulate San Diego and a San Diego native. She worked in San Jose, CA before joining the Circulate San Diego team and worked primarily on public open space, trails, and complete street projects around the Bay Area. Jana has a personal and professional interest in bicycling and believes in providing equitable mobility options. She spent a week biking over 430 miles on RAGBRAI (Register’s Annual Great Bike Ride Across Iowa) and she wrote her thesis on the Impact of Cargo Bikes on the Travel Patterns of Women to discuss whether cargo bikes can function as a gender equitable transportation solution in the United States.

Jana brings experience in urban design and planning with a BS in Landscape Architecture and Environmental Design from UC Davis and a Master’s degree in City and Regional Planning from Cal Poly San Luis Obispo. Jana is AICP and an active member of the American Planning Association. She is also SITES AP, which is a U.S. Green Building Council program and supports sustainable land use practices. 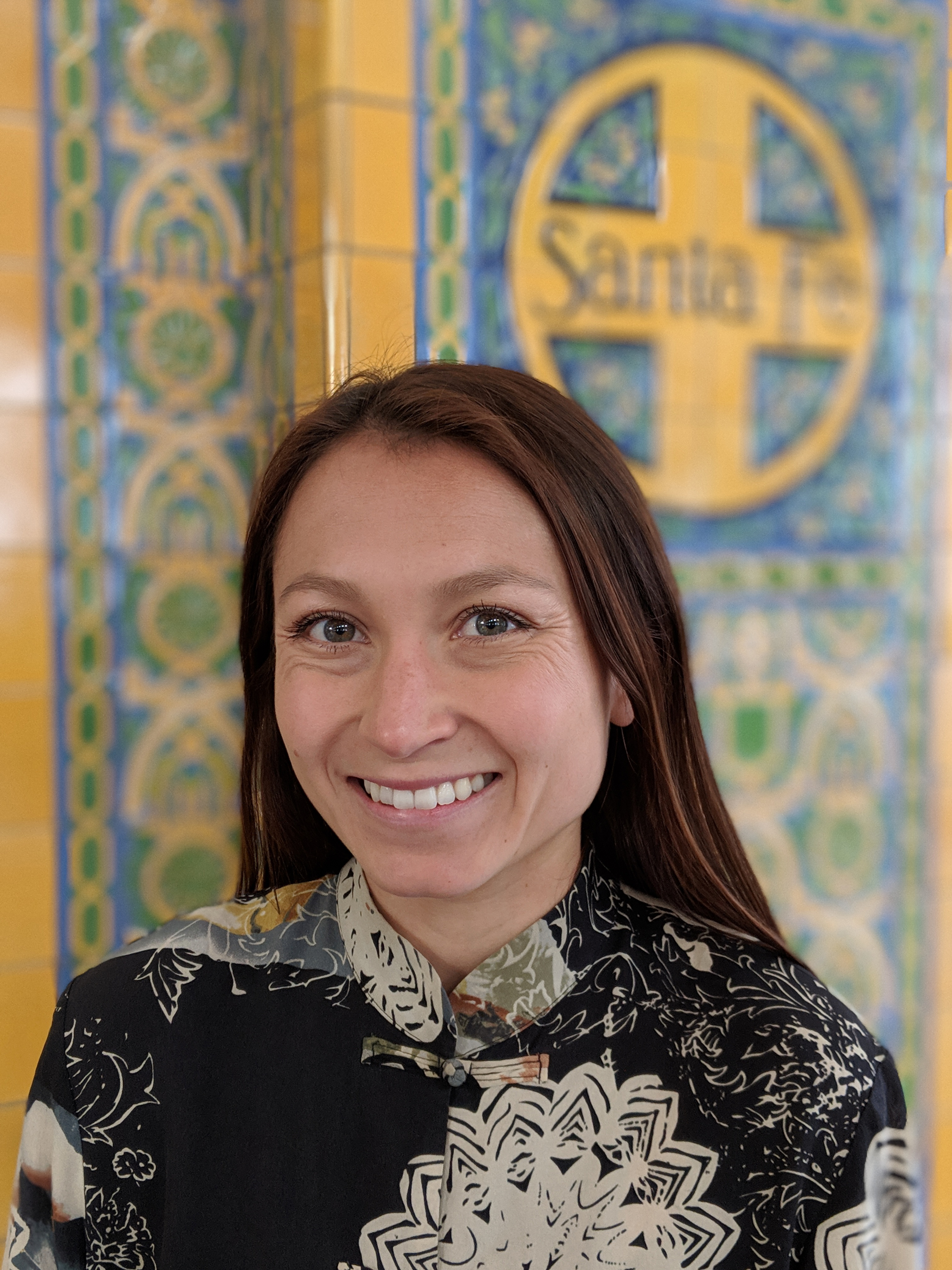 Angelica is a Planner for Circulate San Diego, where she works on innovative community-based projects and plans in favor of increasing livability and access to active and public transportation in San Diego. She has worked in both the nonprofit and public sectors supporting projects to improve green space, mobility, and the environment. She brings experience in research, planning, project outreach, external affairs, and grant management to the position.

She is a graduate of Cal Poly Pomona’s Master in Regenerative Studies program, a unique interdisciplinary environmental design program where she focused on Urban Regeneration. She is passionate about equitable planning that fosters thriving sustainable communities.