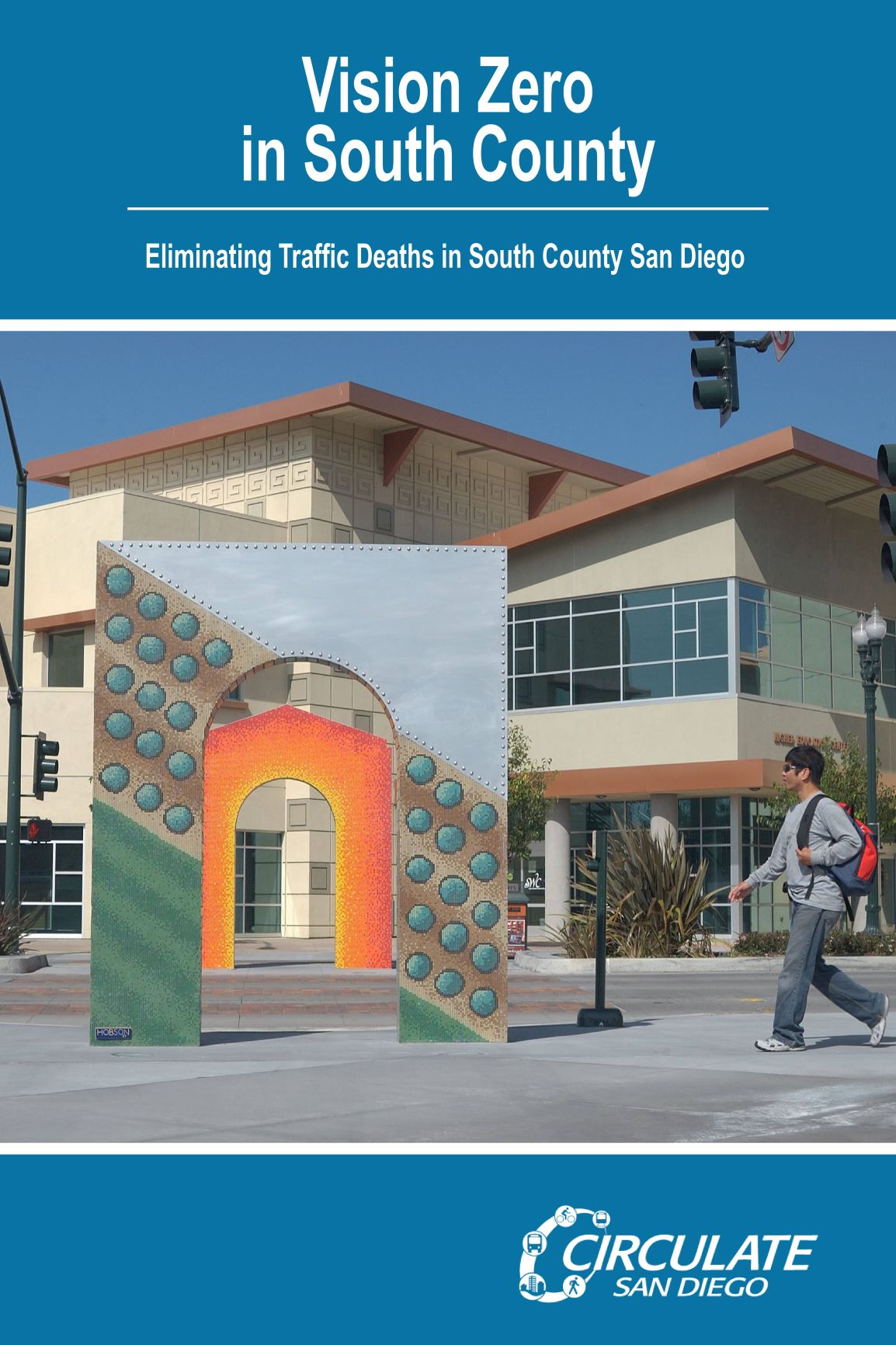 Nationally more than 37,000 people were killed during their daily commute in 2016. Generally when tens of thousands of people die each year, it is considered an epidemic and resources are dedicated to protect the community through medicine, vaccines, and policies. It is time for city leaders to shift the mindset of looking at traffic collisions as “accidents,” and begin taking action to save lives.

Vision Zero is a data-driven approach to eliminate traffic fatalities  and  severe  injuries  on  our  roadways,  within   a specific time frame, by increasing safe, healthy, and equitable mobility. Vision Zero started in Sweden in the 1990s and because of its proven track record, has gained popularity internationally and has been adopted by more than 30 cities nationwide, including the City of San Diego.

Circulate San Diego developed this report for policymakers and community advocates interested in saving lives and creating safer streets for all. In this report you will find background information on Vision Zero, data on the most dangerous intersections and corridors for each city in South County, and tried and tested recommendations to start saving lives.