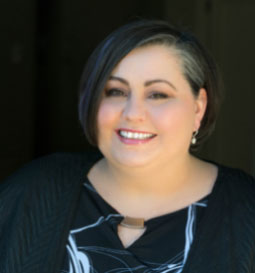 Ginger Hitzke, the President of Hitzke Development Corporation, is a first-generation real estate developer and has 22 years of experience in the field of affordable housing development. Ms. Hitzke has participated in the development of over 1,500 apartments and affordable homes totaling more than $430,000,000 in real estate activity throughout California.

She specializes in the development of affordable rental housing (including permanent supportive housing) on infill, transit-oriented sites.

Ginger is the past-President of San Diego Housing Federation, is past-President and current Treasurer of the non-profit Los Angeles-based organization Leadership for Urban Renewal Network (LURN), is a member of the Capital Improvements Committee, Auction Committee and Board of Directors for the Boys & Girls Club of San Marcos, and is member of the Board of Directors of the San Marcos Chamber of Commerce.

As a youth, Ms. Hitzke grew up in a lower-income single parent household.  Growing up, housing affordability, among other domestic issues, was a problem.  Her family moved often and she attended many different schools.  She was labeled as a disruptive troublemaker quite early on and struggled with school throughout her entire childhood.  Fortunately, she was able to attend a continuation high school in Vista, California and was finally able to thrive in school although housing stability remained an issue for her until she was an adult.  Because of her personal experience, matters of housing and economic security for all, is of great importance to her. 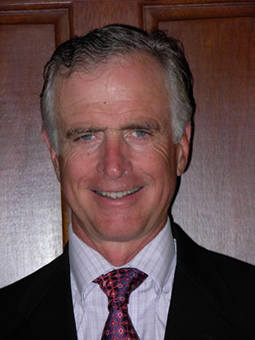 Jim has been actively involved in San Diego as an attorney, non-profit board member and real estate investor. From February 2006 thru August 2007, he served under Mayor Jerry Sanders as Deputy Chief Operating Officer for Land Use and Economic Development.

In 2007, Jim co-founded the non-profit Cleantech San Diego, formed as an economic development organization, to prove that building a sustainable economy can be based in business economics.

Jim has served as Board chairman of River Network, the San Diego Natural history Museum, and Francis Parker School. He also served on the City of San Diego Housing Commission. Jim is currently vice-chair of the San Diego Economic Development Corporation Inclusive Growth Initiative, and board chair of San Diego Theaters. 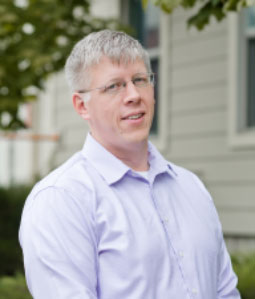 Clint also serves on his local community planning group, Uptown Planners. He was elected in 2019, and he currently serves as the chair of the Public Facilities Committee. Clint is focused on expanding housing opportunities and improving biking and pedestrian safety in his community. Clint has a Bachelor’s of Urban Planning from the University of Illinois, Masters of City and Regional Planning from Rutgers University, and an MBA from the Rady School of Management at UC San Diego. Clint is an avid beer geek and baseball fan. You’ll most likely find him at a local brewery, Petco Park, or south of the border watching the Tijuana Toros. 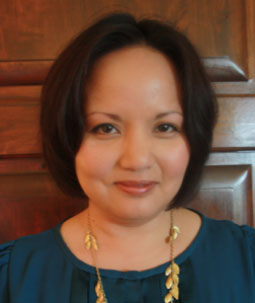 With 25 years of experience, Clarissa Reyes Falcon has demonstrated expertise in the government, community, and non-profit arenas.

Clarissa started Falcon Strategies in November 2010, a firm that provides government and community relations consulting to a broad spectrum of public and private clients.  Clarissa began her career working as a community and policy advisor for former Assembly member Denise Moreno Ducheny, and thereafter worked for the San Diego Regional Economic Development Corporation.  She then returned to the California Legislature as District Chief of Staff to State Senator Denise Moreno Ducheny.

In continuing her service to her community, Clarissa currently serves on the San Diego River Conservancy, and has served as a Commissioner on the San Diego County Commission on the Status of Women appointed by the San Diego County Board of Supervisors.   She is past Chair of the South County Economic Development Council, and sits on the boards of the UCSD Chancellor’s Community Advisory Board, South Bay Family YMCA, Circulate San Diego and serves on the Energy and Water Committee at the San Diego Regional Chamber of Commerce.  Clarissa received her undergraduate degree from the UC San Diego. She resides in Bonita with her husband, Michael Falcon, and children, Benjamin and Ella. 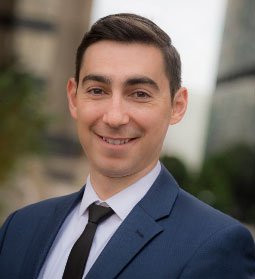 Eduardo is the Research Manager at San Diego Regional EDC, responsible for analyzing the scale and depth of the impact that industry and development have on the region's economy. Additionally, he is EDC’s Cleantech industry lead, supporting companies that make up a $2 billion cluster and directly employ 6,000 people in the region. Prior to joining the EDC, he worked as an Economist at Wells Fargo Bank for nearly eight years. Eduardo relies on public transit for his commute from North Park to Downtown, serves on his neighborhood planning group, and sits on the Chamber of Commerce Infrastructure, Housing, and Land Use Committee. 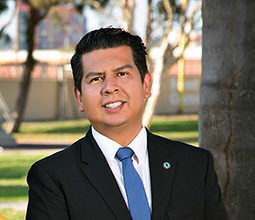 David started Causa Consulting after 15 years of successful government service including eight years as San Diego City Councilmember. He served on the San Diego County Regional Airport Authority, San Diego Association of Governments, and the Metropolitan Transit System. He also served on the Board of the League of Cities’ Latino Caucus and on the national Board of Local Progress.

Among David’s proudest achievements are the building of major projects like Cesar Solis Park, a new library branch in San Ysidro, and updating of community plans in Southeast San Diego, Otay Mesa, and
San Ysidro and the revitalization of Barrio Logan.

David has been an advocate in Sacramento, Washington DC and in Mexico to move forward projects such as the San Ysidro Port of Entry Modernization, the Cross Border Xpress and other binational initiatives.

David was born and raised in Barrio Logan. He and his wife Xochitl, a successful educator, are raising their children in the community they grew up in hoping they learn the value of hard work, community and strong moral character. David volunteers on the Board of Kim Center, the San Diego Coffee Training Institute, and PTA. 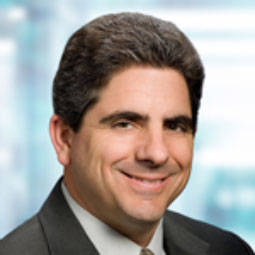 Over more than 25 years, David has held a range of management positions at Cubic having at various times, led marketing, proposal development, research and development, and strategic planning. He has been at the forefront of the company’s contactless mobile initiatives representing Cubic on various industry standardization and trade groups including the Smart Card Alliance Transportation Council and APTA’s Universal Transit Farecard Standards task force.

David holds a degree in Economics from the University of California, San Diego and an MBA from UCLA’s Anderson School. 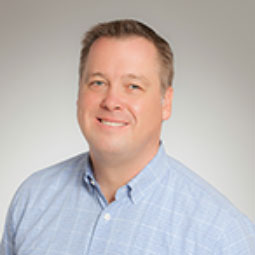 David manages the successful execution of new or redeveloped commercial, residential and mixed-use developments for H.G. Fenton Company. He guides new development projects from concept through construction completion, leading the approval process with jurisdictions and support from community members and key stakeholders. David has over 20 years of real estate development experience, nearly half of which was with Community HousingWorks, a California nonprofit focused on affordable housing. David enjoys problem solving to advance projects as well as the opportunity to shape the creative vision for what a new building can offer its neighbors, future residents or business tenants. Best of all is seeing that vision become a successful reality.

David has a bachelor of arts from UCLA and a Master of Urban Planning from the University of Washington. Having visited 49 of the 50 states, the proud father of two loves exploring cities in America and across the world when he’s not spending time engaging with his colleagues and community stakeholders. 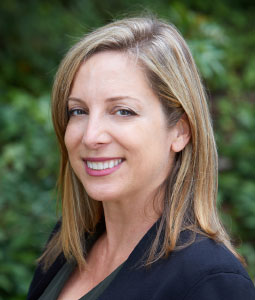 Jennifer Davies, a recognized leader in public affairs and communications, currently serves as the director of cultural tourism for Balboa Park at the San Diego Tourism Authority (SDTA). Davies has a long record of leading communications, marketing strategy and program development for a variety of prominent San Diego organizations.

Prior to joining the SDTA, Davies served as the assistant dean of external affairs for UC San Diego Extension and as vice president of external affairs for the Downtown San Diego Partnership. She also served as director of communications for former City Council President Sherri Lightner. Davies spent much of her career as a journalist serving as a staff writer for the San Diego Union-Tribune. She received a bachelor’s degree in political science from UCLA and has master’s degree in journalism from the University of Missouri. 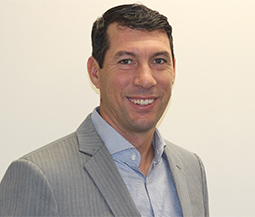 Jud Shepley is a Principal Consultant at Expense Reduction Analysts (ERA). ERA is multinational consulting company with over 700 specialists around the world who focus on helping clients with various improvements in working capital and process by reducing indirect costs. Jud leads business development and project management team activities across the western United States.

Over past 18 years, Jud has held a range of positions at major companies like American Express and Enterprise Holdings all focused on helping mid-sized companies. Additionally, he has volunteered his time with several nonprofit organizations that focus on various aspects of community improvement over the years by participating on boards or teaching seminar classes.

Jud holds a degree in Industrial Organization Psychology from Sonoma State University, and a San Diego Native. He is the proud father of two, and loves traveling with the entire extended family to new places. 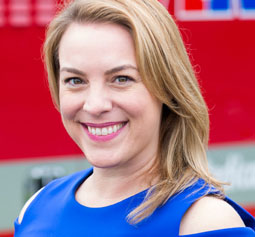 Over the course of her career, Ms. Ghorashi has managed numerous local, state and federal initiatives for the public safety, behavioral health, and biotechnology sectors in the areas of advocacy, community relations, and public affairs.

Madeleine previously worked as a Vice President with Mental Health Systems, and as Associate Director of Federal Affairs for BIOCOM, whose mission is to ensure the life sciences ecosystem thrives in San Diego. While at BIOCOM, Baudoin helped develop the federal public policy advocacy efforts of the San Diego life science industry and provided regular communication to elected officials on Capitol Hill. Prior to BIOCOM, Baudoin served as a Policy Analyst and City Council Representative for the City of San Diego.

She is a graduate of Emerson College and holds a B.S.sp in Communications, Advertising & Public Relations. 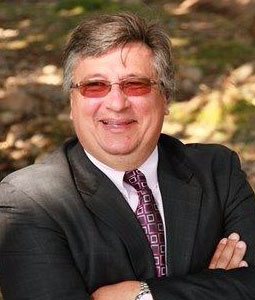 Mr. Orso-Delgado is currently the principal of his consulting firm “Under Construction” he created the company in a quest to assist bridging a gap between engineering firms, construction firms and developers with Public Agencies (Caltrans, Sandag and Local Agencies). He also consults with Public Agencies to seek performance improvements within these agencies.

He served in the capacity of City Manager for Santee from 5/2014 till 7/2015, were he was responsible for all the activities associated with the functioning of the City Services and implementing the Mayor and Council policies.

Mr. Orso-Delgado had a 25 year career at Cal-trans. There he was District 11 Director from 2001-2009, overseeing a budget in excess of $150 million and a capital budget of over $3 billion, and helping the District through a decade of major construction projects on nine regional freeway systems, while contending with the challenges of transportation funding cuts. Served as the chair of the Border Governors Infrastructure working table for 3 years, lead the team from Caltrans that applied and within a record time obtained the presidential permit for the new border crossing at Otay Mesa II

Mr. Orso-Delgado is a San Diego native, attended schools in both San Diego and Tijuana, Mexico. He graduated from San Diego State University in 1983 with a Bachelor’s Degree in Civil Engineering and began his career with Caltrans in 1984. 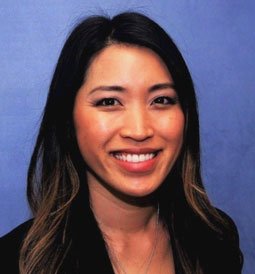 Stephanie Cheng is an Associate at Fehr & Peers Transportation Consultants focused on developing innovative mobility solutions that improve communities. Stephanie is a certified planner with expertise in multi-modal transportation planning and community engagement.  Stephanie employs a context-sensitive approach in working with communities to identify improvements and formulate programs that suit their unique needs.  She has extensive experience in active transportation projects that improve walking and biking, traffic calming programs to make neighborhood streets safer, and creating long-term solutions that provide flexibility for future growth and adaptive land use. Stephanie has always been very passionate about redevelopment projects and approaching urban planning in a resourceful and efficient way.

Stephanie has a Bachelors degree from UC Irvine and a Masters in Urban and Regional Planning from UCLA. She was born in New York City and raised in Los Angeles, but has called San Diego home for nearly 15 years.  Stephanie loves exploring San Diego’s parks, beaches, and public spaces with her daughters, as well as traveling to new places. Her favorite modes of transportation are walking and taking the trolley.