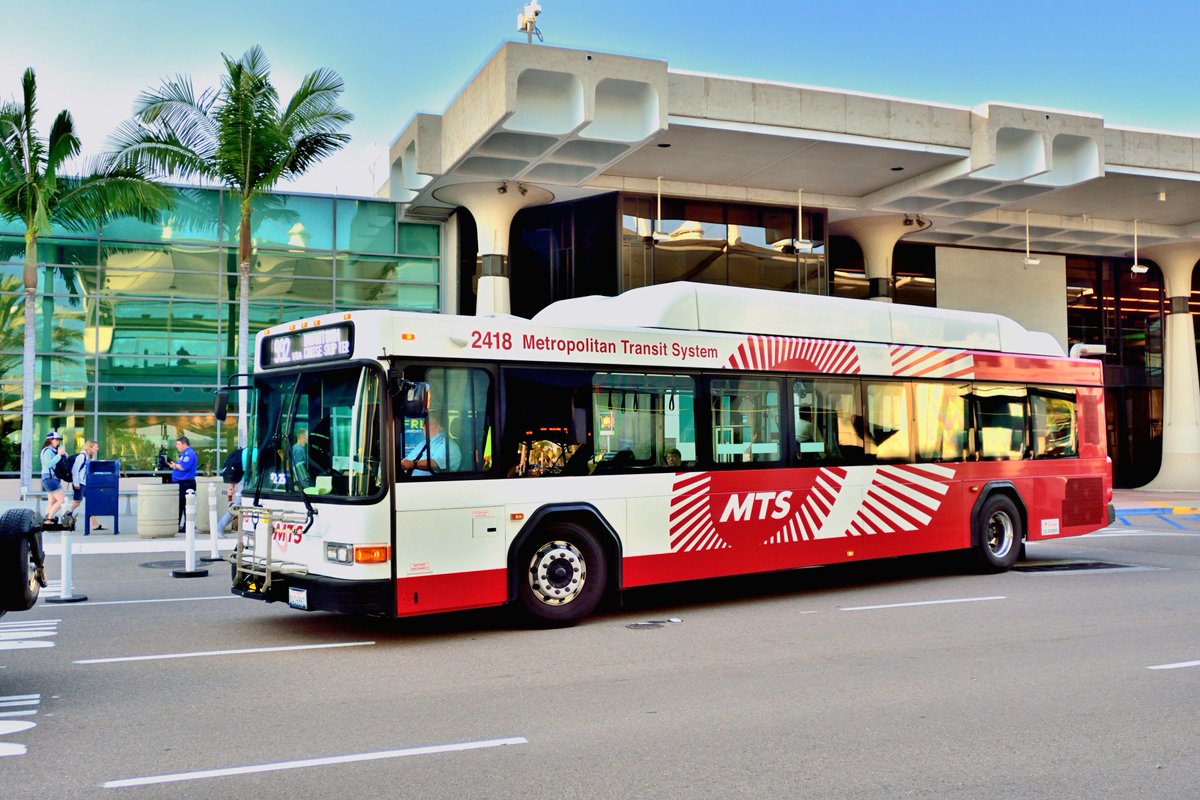 Did you know MTS operates a bus from downtown to the San Diego International Airport every 15 minutes?

Lunch will be provided by California Strategies, along with a short discussion on the current and future of public transportation to the airport by MTS, CEO Paul Jablonski and Board Member, National City Mayor Alejandra Sotelo-Solis. Share your feedback on the proposed airport trolley project and whether this project should be included in the November 2020 MTS Ballot Measure. For more information on the projects currently being evaluated in the ballot measure visit the MTS Elevate 2020 website.

Together we will then ride MTS bus 992 to Terminal 1. San Diego Airport Authority will provide a guided tour and discussion on Terminal 1 improvements, Environmental Impact Report, and the future transportation efforts planned for the Airport.

NOTE: REGISTRATION IS CURRENTLY AT CAPACITY. PLEASE EMAIL [email protected] TO BE PLACED ON