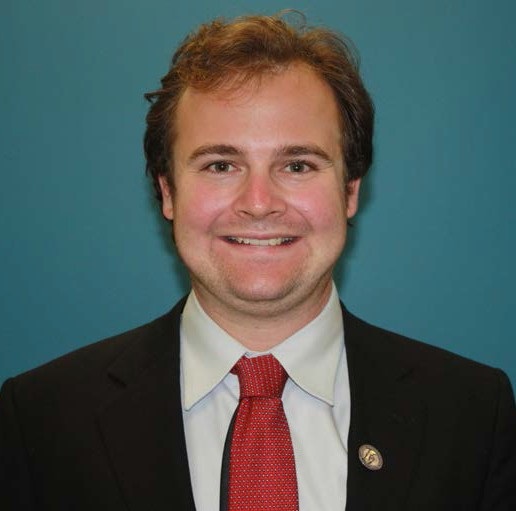 Since last October Circulate San Diego has had the pleasure of hosting an extraordinary young intern named Andrew (Andy) Furillo to assist us with Policy analysis.  Andy is a Master’s candidate in International Economics at UC San Diego’s School of Global Policy and Strategy, with a regional focus on Korea. His program includes a heavy emphasis on data analysis. He completed his undergraduate degree at UC Berkeley, majoring in Political Science and minoring in Korean.

He first became a strong supporter of public transportation and other non-car modes when studying abroad in Seoul, South Korea, a city with a world-class transit system, in 2011. He felt that having the ability to comfortably, efficiently, and affordably travel around not just Seoul, but the entire country, by hopping on subways, buses, and high-speed trains was very liberating. The experience made him question why Americans tolerate the stresses of driving and traffic when they have plenty of wealth in US society to fund better infrastructure for more convenient modes.  After returning to the U.S., Andy became motivated to play a part in making our infrastructure similarly strong, and continued to use transit, bicycling, and walking as his primary methods of getting around.

After finishing his Bachelor’s degree, Andy interned at Governor Jerry Brown’s office. His supervisor there had interned with Circulate’s predecessor organization Move San Diego. After spending his first year of school adjusting to a busy graduate class schedule and becoming familiar with San Diego’s transportation system, he applied for an internship during summer 2015 and began work during the fall quarter.

While volunteering with Circulate, Andy’s work had a unique impact on his educational experience.  Two of his major data analysis were inspired by his work at Circulate. During the fall quarter, he used GIS to demonstrate how San Diego’s land use policies have hindered Transit-Oriented Development (TOD). During the winter quarter, he conducted a statistical regression analyzing the impact of smart phone-based ride-hailing apps on transit ridership patterns.

His work at Circulate also helped him feel connected to the San Diego community, and feel like a true resident rather than just a student living here temporarily.

Andy really enjoyed his work at Circulate, and felt proud to have the opportunity to play a part in improving San Diego’s transportation infrastructure. He learned a lot about transportation and land use policy in the process. Thus far, the most memorable work he completed was:

Upon graduating in June Andy has received a job offer from the U.S. Government Accountability Office (GAO) in Washington, D.C. and plans to begin work there in August of this year.

While his initial position at GAO is not directly related to transportation, during his spare time he plans to become involved in Washington’s transit advocacy scene just as he was in San Diego. While the transportation climate in D.C. is much different, he feels his work here has prepared him well to make a positive contribution.

Circulate San Diego Staff would like to thank Andy for his contribution to the organization and the San Diego region. We enjoy a wide number of interns and volunteers at Circulate San Diego, and Andy has been among the most useful, cheerful, and capable people to help us with our work. Andy will be sorely missed. The GAO, and the American people, will surely benefit greatly from his continued efforts in government.  We all hope to stay in touch and collaborate in the future.