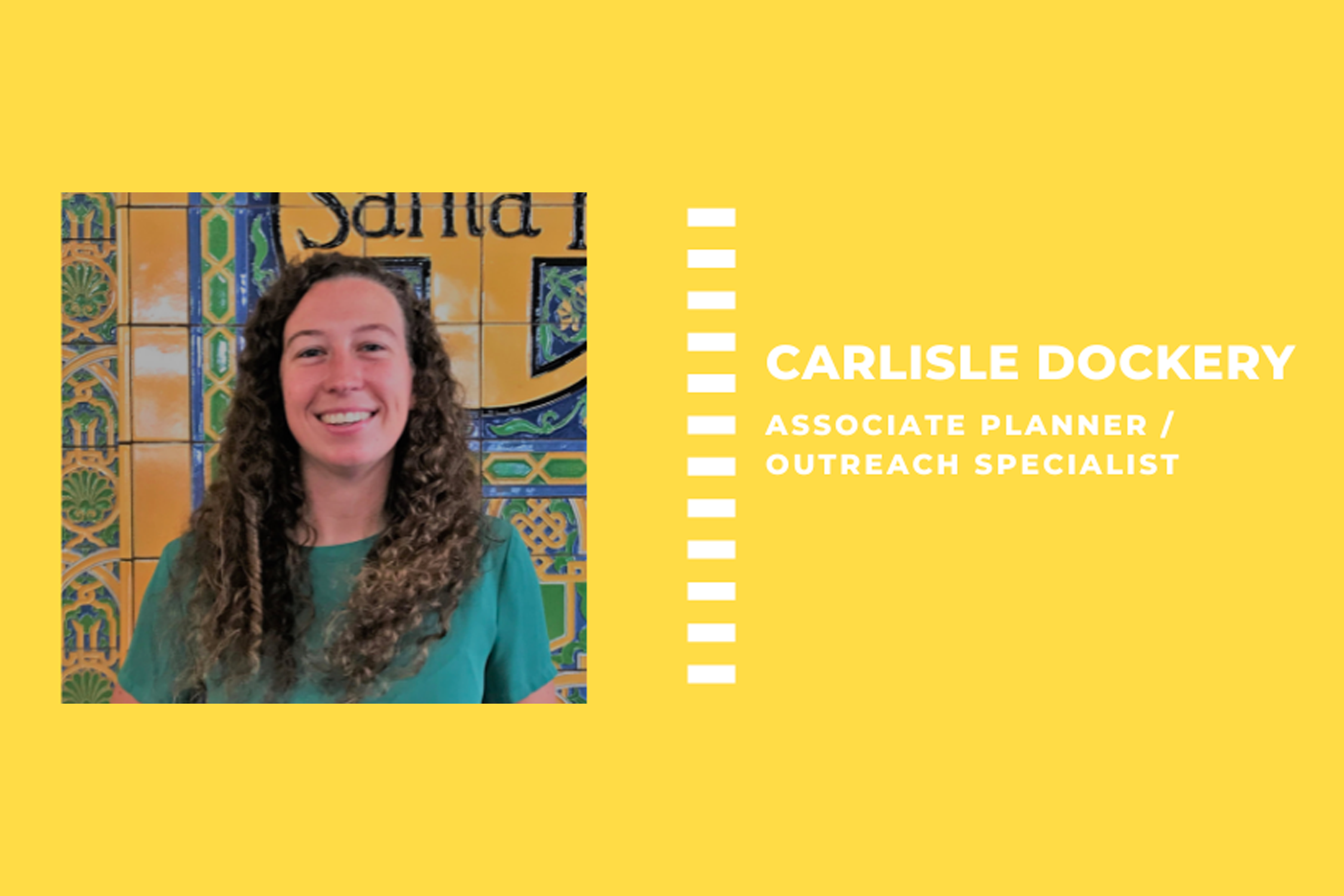 In keeping with our tradition of interviewing new team members, we asked our new Associate Planner/Outreach Specialist, Carlisle Dockery, a few questions so that you all can get to know her!