La Mesa Urban Trails: The "Jewel of the Hills” Has Four New Jewels 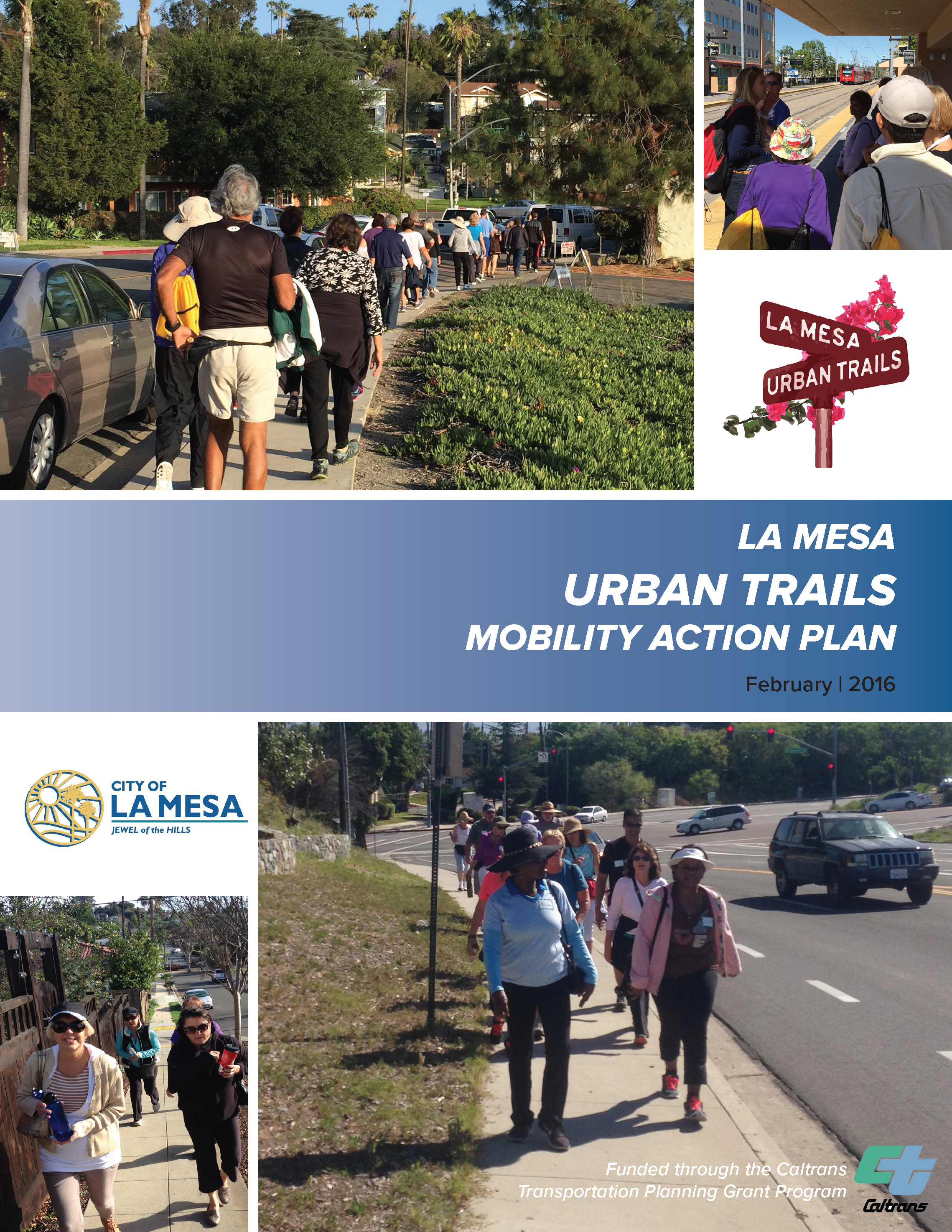 The plan was the final product of a multi-year Caltrans grant, and Circulate San Diego was instrumental in conducting a robust public outreach process designed to not only conduct traditional community engagement exercises, but to supplement these activities with a community walking group of over 400 residents.

As the only City in San Diego County actively pursuing the emerging concept of urban trails, which are intended to create branded, signed, and identifiable routes connecting key destinations throughout the City, La Mesa worked with Circulate San Diego and local planning firm KTU+A to develop the plan based on local residents’ alignment concepts, feedback, and design ideas.

Rather than relying solely on workshop and online feedback, methods which can often leave the public engagement process lacking in diverse, relevant feedback, Circulate San Diego led over 25 community walks over the life of the project, and participants walked over 60 miles of City streets, evaluating infrastructure needs, meeting new friends, and supporting local businesses.  It is estimated that over the course of the project, residents walked a distance of 1300 miles, or roughly the distance from La Mesa to Dallas, Texas!

The outreach process also involved training residents on how to use MTS trolley and bus services, and was highlighted by a block party in October, which attracted over 400 attendees and featured several local health and wellness vendors and Urban Trails project elements, including a parklet design contest, tactical urbanism concepts, and a model cycletrack.

The project will live on, not just in the City’s ongoing efforts to implement the four trails proposed in the plan, but also in the form of a Citywide “La Mesa Walks” program, lasting legacies to the power and vision of La Mesa elected leaders, City staff, and residents, and we at Circulate San Diego were honored to have been a part of this rewarding project.