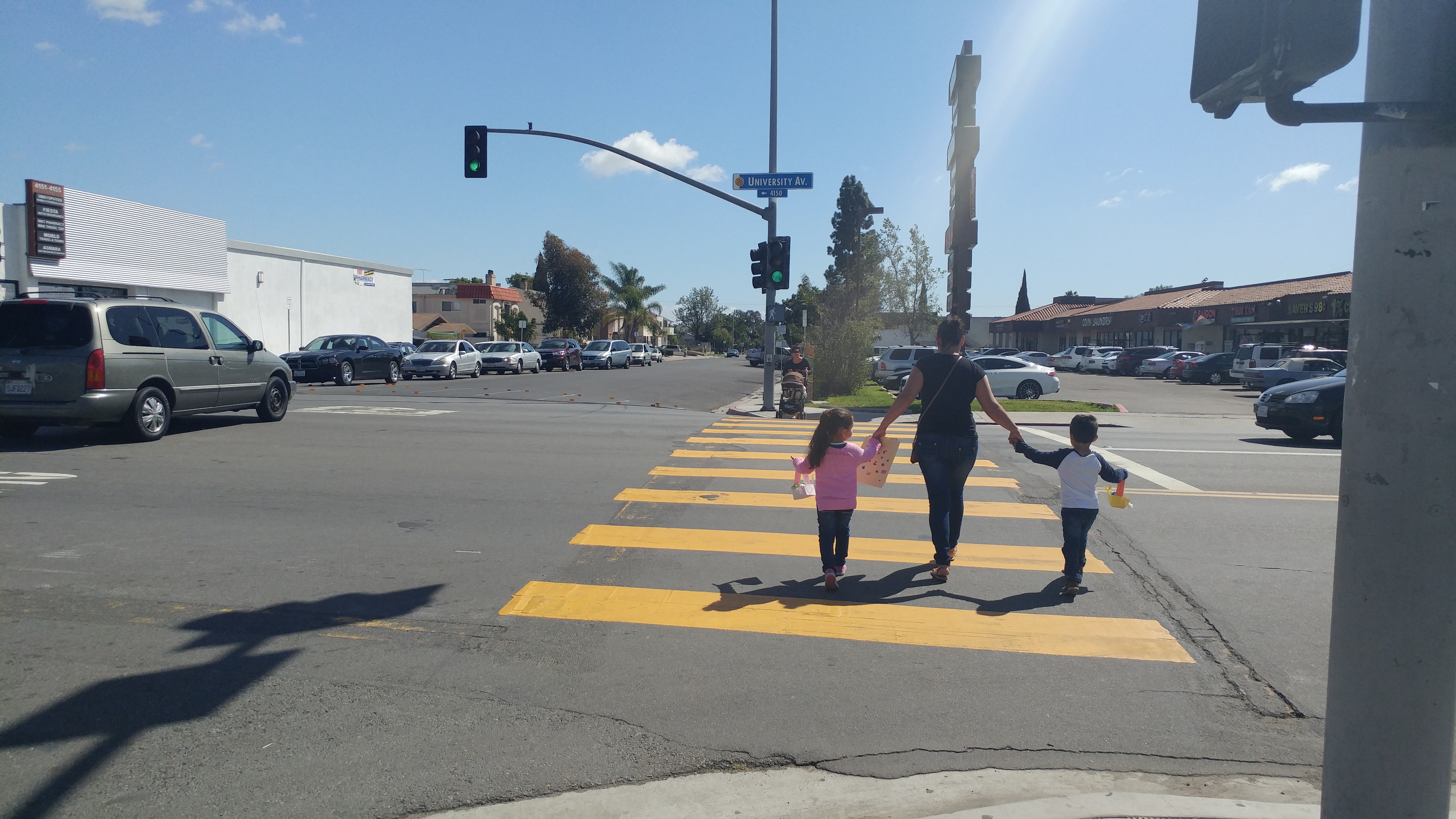 The morning of March 6, prior to a City Council hearing where the City Auditor presented its Pedestrian Safety Performance Audit, City staff released a memorandum providing an update to infrastructure improvements planned for 15 of the City's most dangerous intersections highlighted in the Auditor report.

There were several questions regarding how these intersections related to Circulate San Diego's "The Fatal Fifteen."

*The City’s intersections were determined based on a separate dataset also provided by the City Auditor. These 15 intersections did not have any of the three improvements and had at least seven crashes at each.

The good news? Work is underway to make basic improvements at these intersections. For example, high visibility crosswalks were painted at the intersections of University Avenue and Marlborough, among others, as indicated in the memo. In comments made to the City Council at the March 6 hearing, staff from Stormwater and Transportation Department indicated they are working to improve up to 66 intersections. This is a welcomed change from previous inaction.

We are very pleased to see that several improvements to dangerous intersections have already been made in recent months. and will continue to advocate for completion of these simple, modern improvements. Circulate San Diego’s intersections are the most dangerous, and should be the priority. To accomplish the goal of Vision Zero, the City’s decisions should be data-driven to reduce human harm. Some areas will receive more attention and investment than others, which is both necessary and appropriate.

Circulate San Diego urges and supports the City of San Diego fixing all 26 intersections identified by both the City and Circulate. However, to prevent injury and death, the 15 that Circulate identified should be the top priority. It is our goal and hope that improvements, such as high visibility crosswalks (known colloquially as ladder or zebra stripes) and countdown signals, can be provided at all 26 intersections, including locations within your district.