This survey provides clear and unambiguous evidence that San Diego’s system of community planning excludes many voices, and must be reformed if it is to continue.

Circulate San Diego launched a campaign to reform community planning groups in February 2018 with our groundbreaking report “Democracy in Planning.” As we wrote in the report’s executive summary:

The CPG system in San Diego creates barriers to participation from new residents, and those residents that work, care for family members, or who have other obligations. These barriers undermine the purpose of CPGs to collect diverse and representative public input and to advance democratic participation. 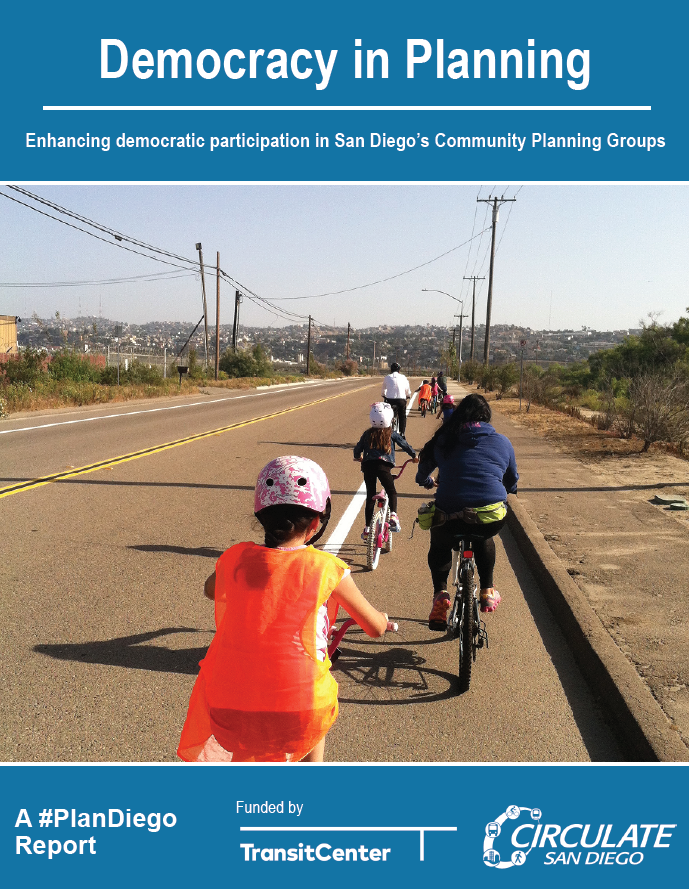 Reforming community planning is important. The community planning groups in San Diego are tasked with advising the city on numerous land use and transportation issues. When those groups create barriers to participation, it means that many in the public are excluded for public decisionmaking. That doesn’t comport with our nation’s broadly shared values of democracy and participation.

In a number of ways, community planning groups in the City of San Diego are structured in a manner that we would consider wildly inconsistent with our values of democracy, were they allowed by any other government body. I shared these examples earlier on twitter, and I’m re-sharing there here:

Community input is essential to local land use and transportation decisions. Reform of our system must ensure that all community members have equitable access to the decisionmaking process.