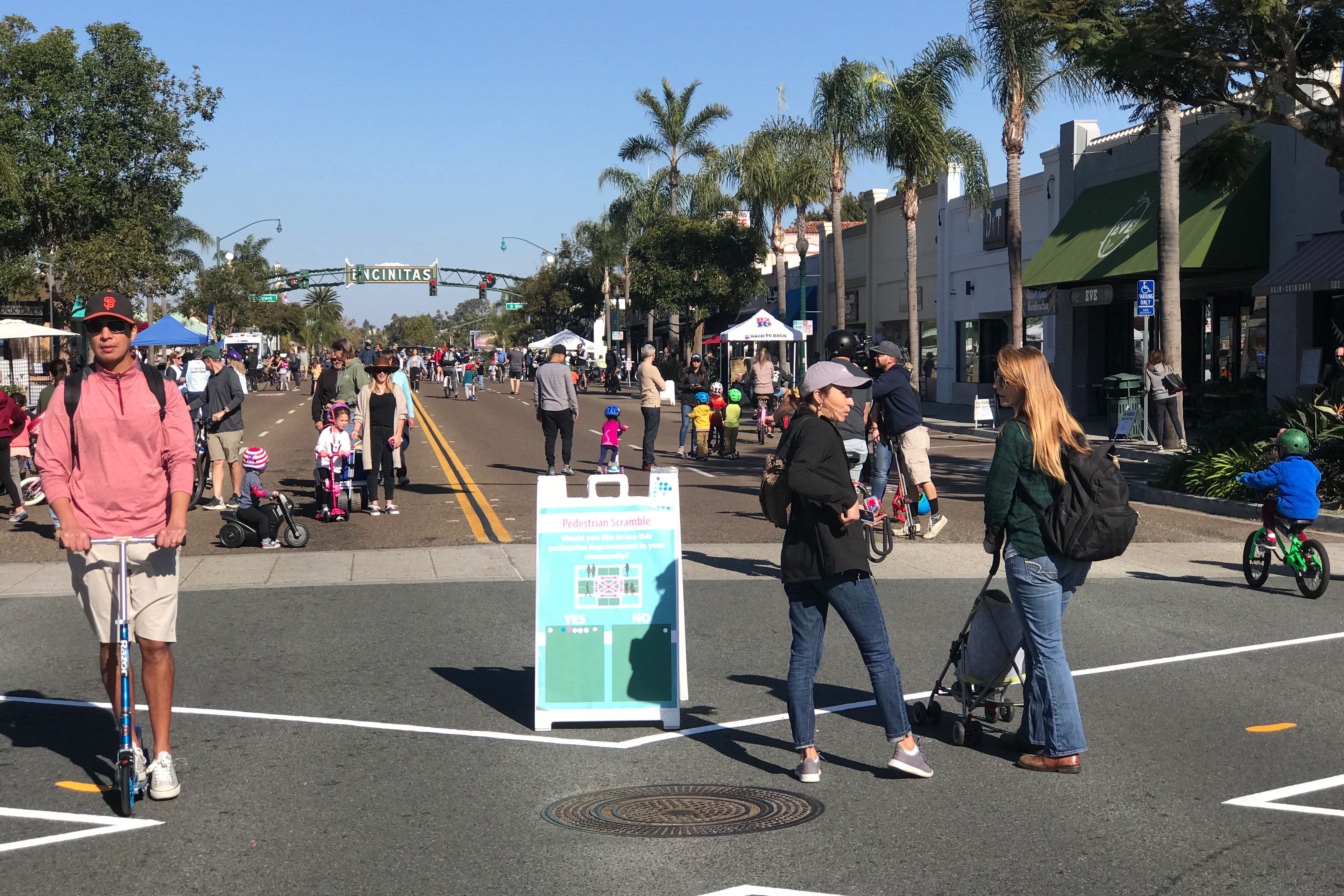 County of San Diego and California Office of Traffic Safety

Circulate San Diego installed a pedestrian scramble demonstration project at the intersection of Coast Highway 101 and E Street in the City of Encinitas during the City&resqu;s inaugural Cyclovia event.

Circulate collected public feedback during the event to measure the community&resqu;s support for this type of infrastructure. 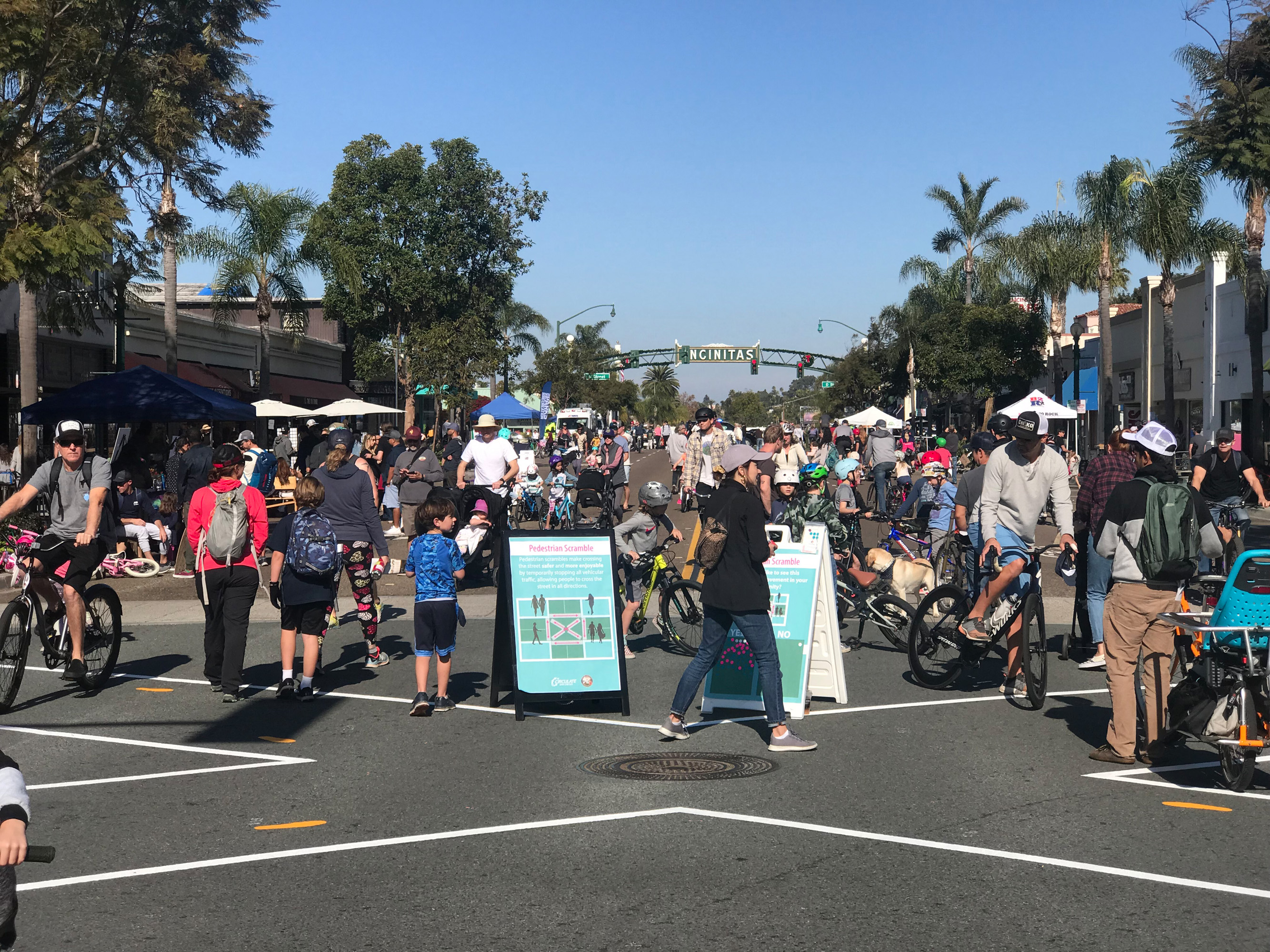 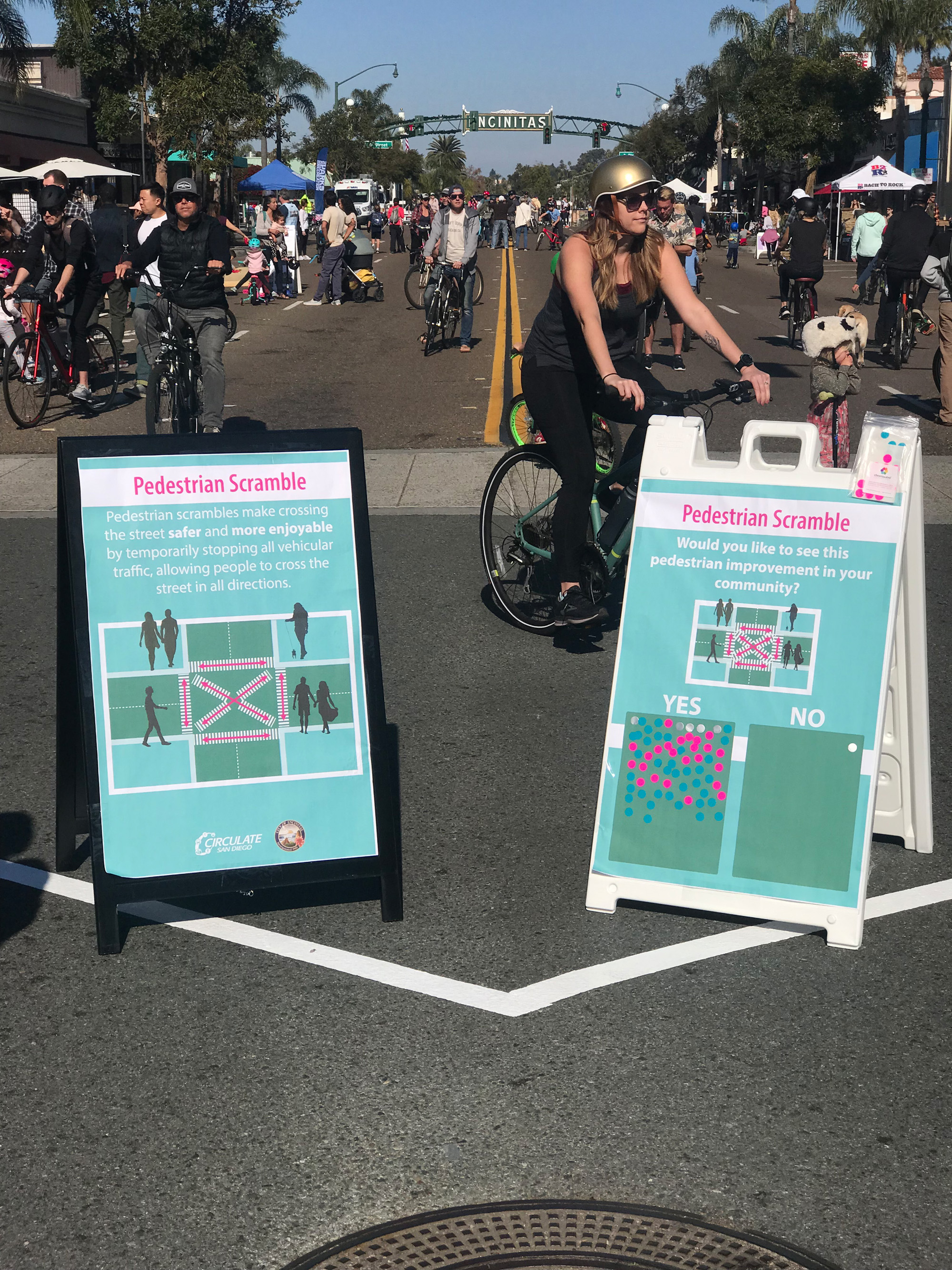 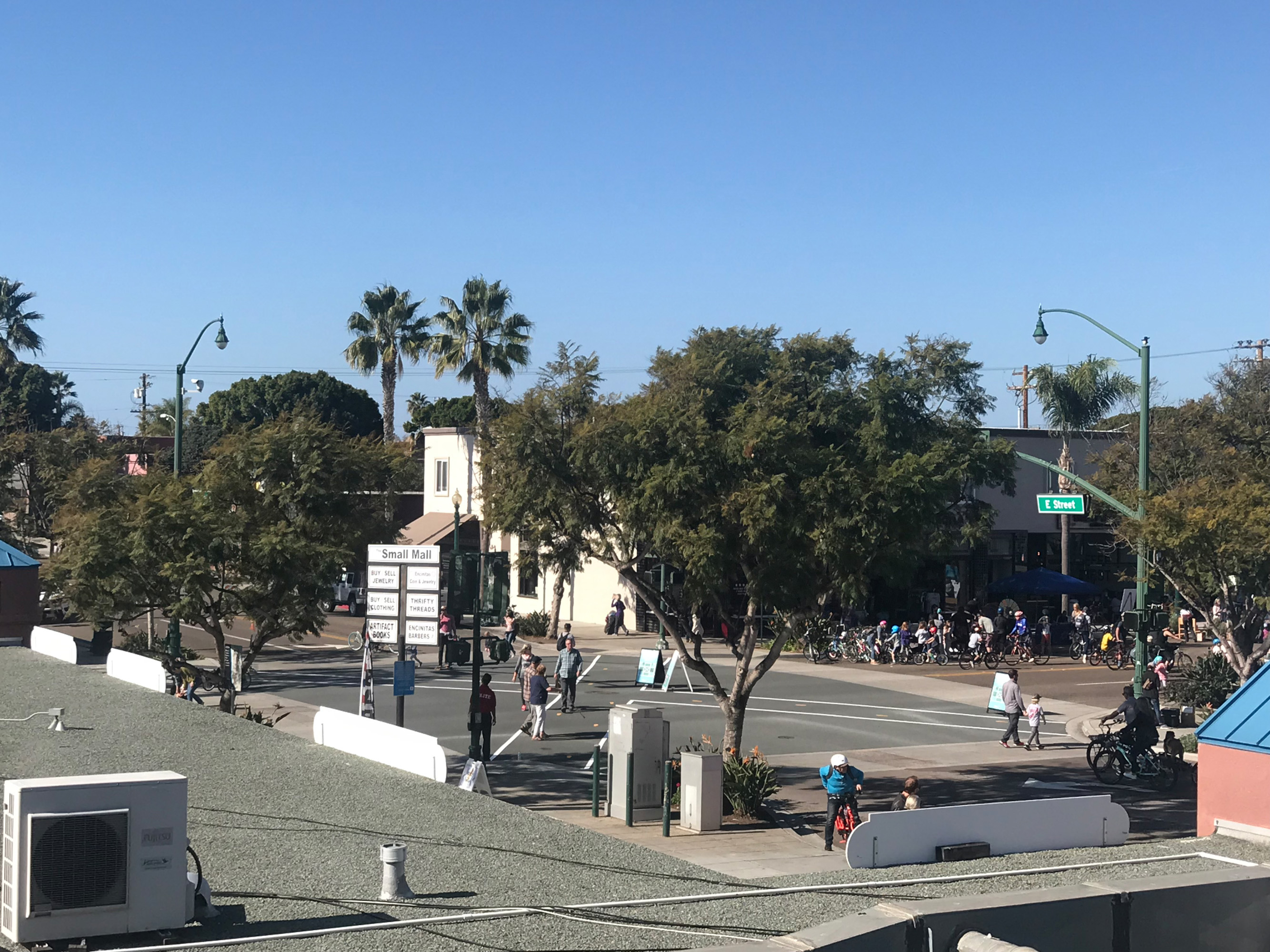 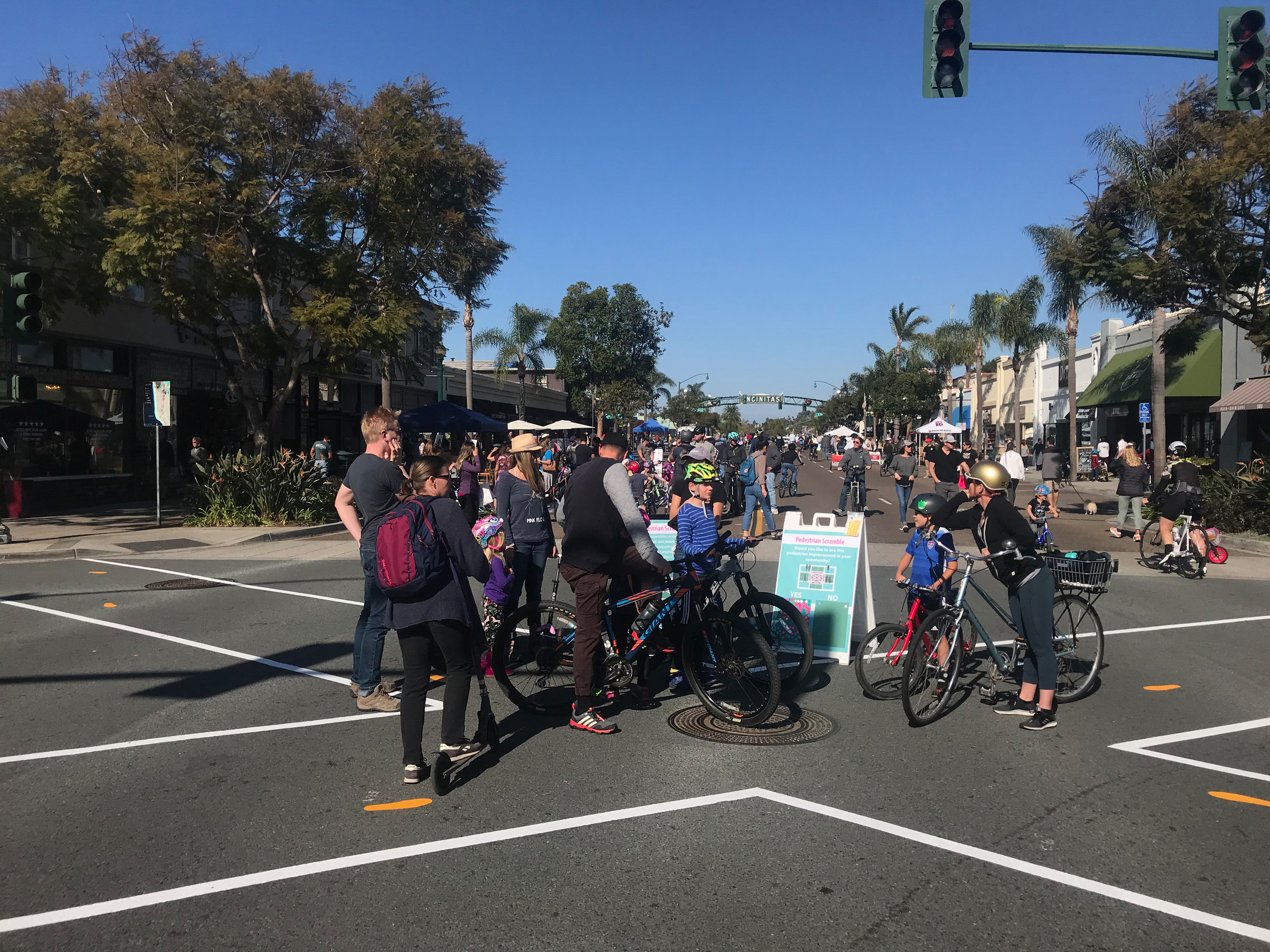 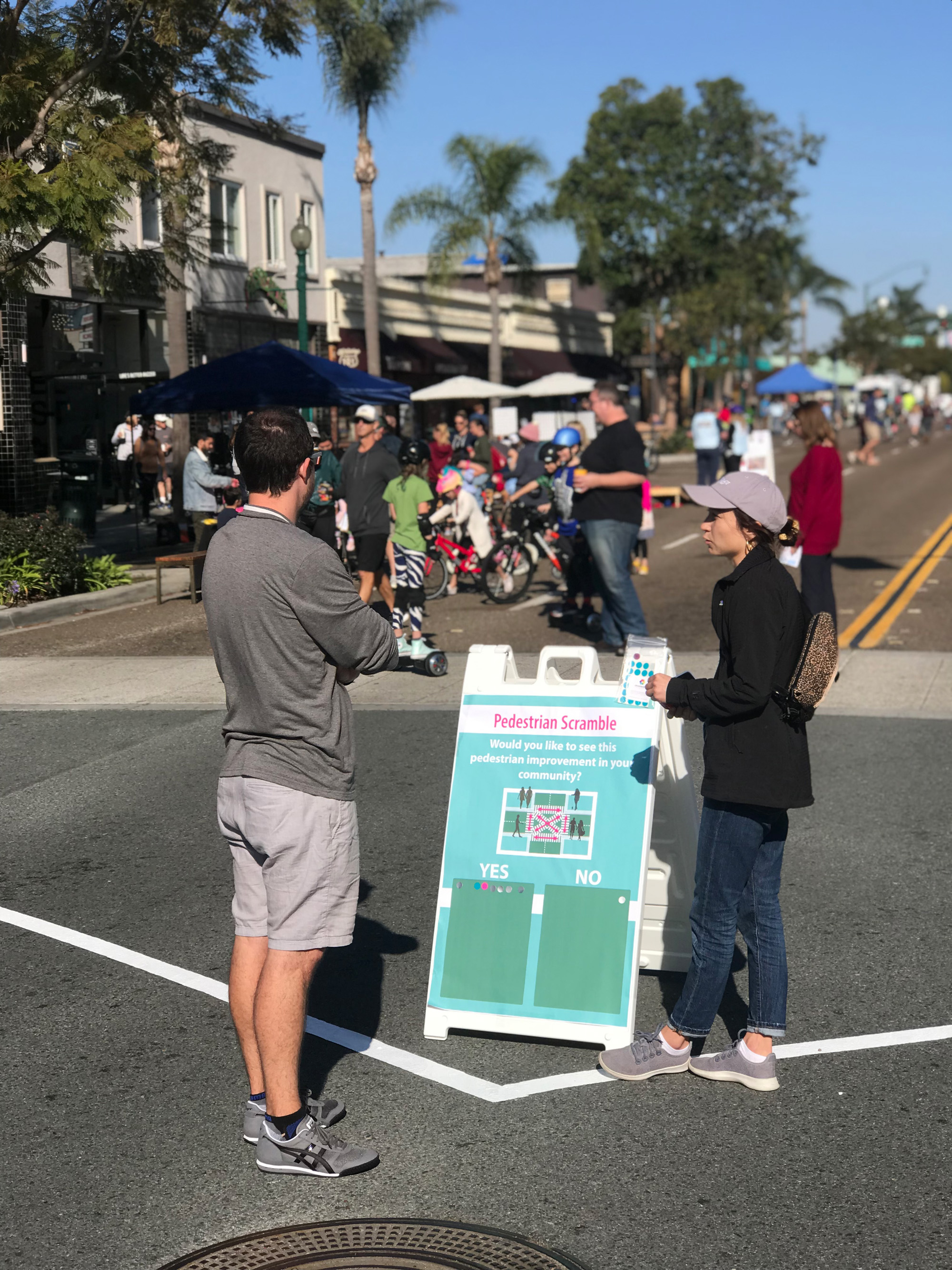 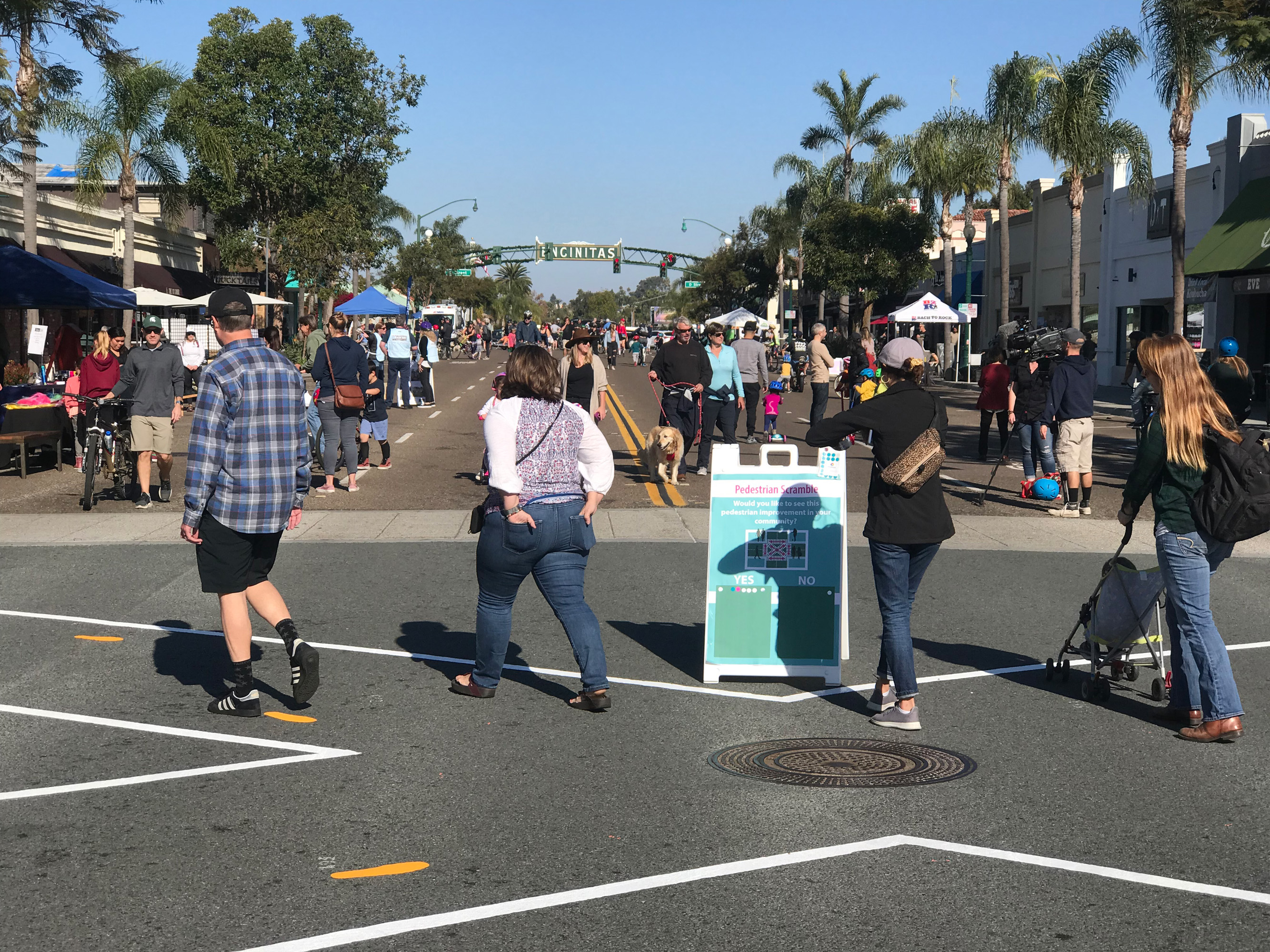 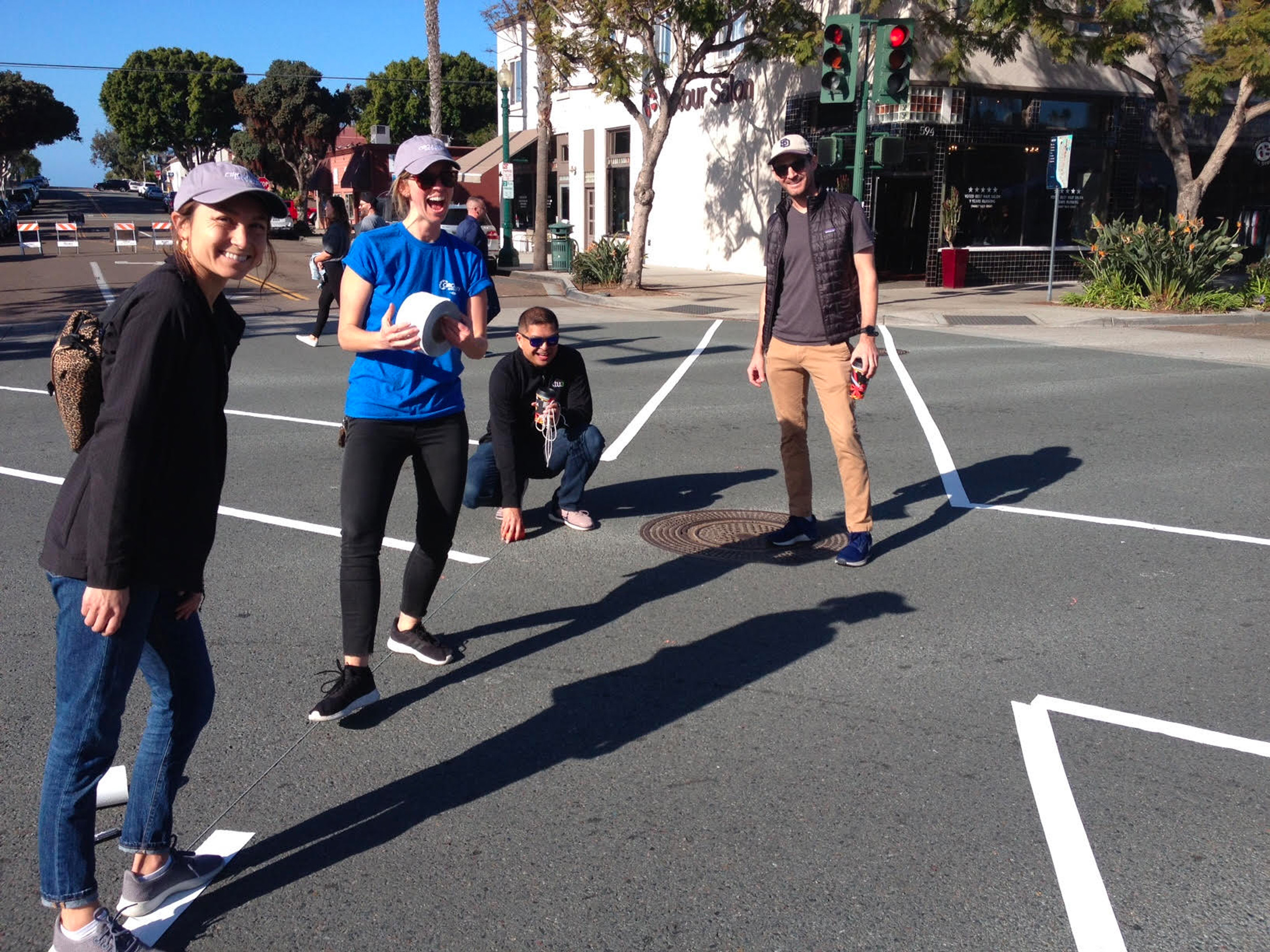 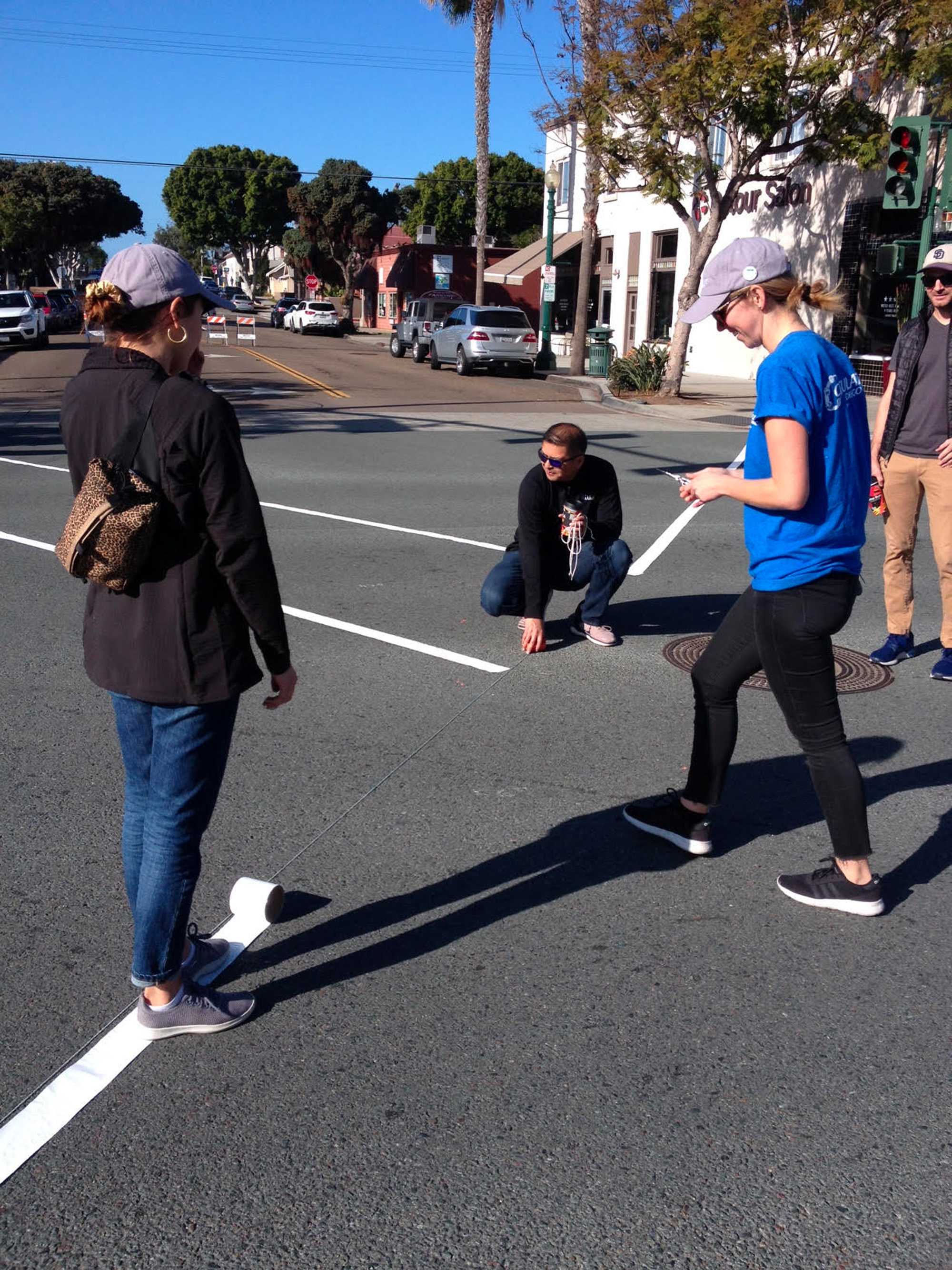