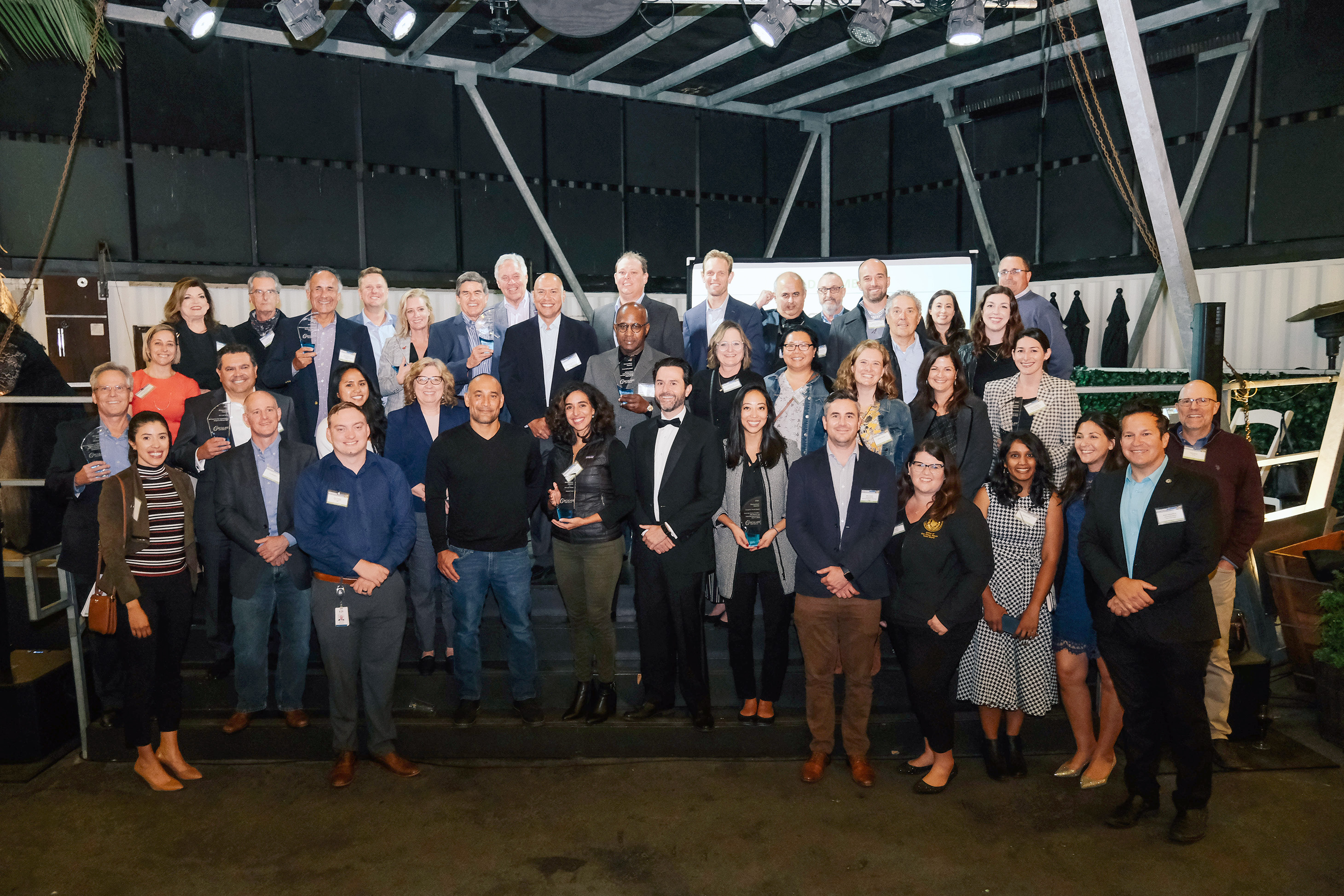 The Momentum Awards highlights and celebrates the leaders who have made meaningful progress in improving public transit, making safer streets, and promoting sustainable growth across San Diego County. As we reflect back over the past two-years and the impact of a worldwide pandemic has had on our region, we can celebrate all of the great work done and the change-makers that have pushed our region forward.

More than 250 people attend the event at Quartyard in East Village. Guests included elected officials, staff from SANDAG, MTS, and NCTD, and members of the business and nonprofit sectors specializing in transportation and land use.

“Circulate San Diego was proud to recognize so many great projects and individuals in San Diego,” said Colin Parent, Executive Director and General Counsel. “We are grateful that so many people came out to celebrate our region’s progress.”

A joint project between many firms and agencies is an 11-mile extension of the San Diego light rail transit system. The project connects the region’s most traveled trolley line to major employment centers, schools, hospitals, and recreation areas. This trolley extension will transform regional transit connectivity and enhance cross-border opportunities by providing a one-seat ride from the U.S./Mexico Border and underserved communities south of downtown to the University of California at San Diego, Department of Veterans Affairs (VA) San Diego Healthcare System, and the University City community. Among the many benefits this project provides, the trolley extension delivers on major promises of the SANDAG Regional Plan by improving transportation choices and equity while reducing greenhouse gas emissions from vehicular traffic. Locally, this is one of the largest public works projects ever undertaken and is an outstanding example of the value of partnership and collaboration. Congratulations to SANDAG, MTS, the program manager: T.Y. Lin International in partnership with HDR; the construction contractor: Mid-Coast Corridor Transit Constructors (MCTC); the designer of record: WSP; and the construction managers: Jacobs and PGH Wong

The “San Diego Special,” coined by now-Mayor Todd Gloria to highlight the long-running incomplete projects that other cities have long since solved. Voice of San Diego’s series raised attention to some seemingly intractable issues. The attention to these issues can help drive public pressure to policymakers to find courage, and to move past deadlock and status quo bias. In particular, the series included discussion about connecting transit to the airport, and updating land uses for Barrio Logan, two issues that are key to Circulate San Diego’s goals for transit, planning, and land uses.

Barbarah Torres, as the founder of Bike Clairemont, has helped lead advocacy efforts for better mobility solutions and alternative transportation infrastructure in Clairemont and surrounding communities. As a member of the Clairemont Community Planning Group, she was a “yes” vote in support of the Mount Etna affordable housing project. As Clairemont’s liaison to MTS’ Community Advisory Committee, Barbarah recently managed the distribution of over 200 Pronto Cards in Clairemont, with the majority of them to seniors who are heavily reliant on public transit.

As the busiest single runway commercial airport in the United States, San Diego International Airport has continually implemented and completed projects that improve transit connectivity in the San Diego region. The Old Town Transit Center Shuttle Service is a great example of one of these projects. The free shuttle service between the Old Town Transit Center and the San Diego International Airport will link passengers to various destinations with connections for Coaster, light rail/trolley, Amtrak and bus service. And, supply an additional level of seamless, convenient transit for not only airport passengers, but employees.

The San Diego Metropolitan Transit System (MTS) is more than just busses and trolleys - MTS is a community partner working in our region to reduce emissions and meet our climate action goals. Working with Greystar Real Estate and Affirmed Housing the Grantville Transit Oriented Development project is the development of a 250-unit residential development at the Grantville Trolley Station. This project serves as an important example, locally and nationally, on how a street-level parking lot with single purpose can become a mixed-use community asset. The project will offer residents with all the traditionally benefits of transit-oriented development – opportunity for employment, healthcare, education and more. Additionally, this development will offer 38,000 SDSU students, faculty and staff a “halfway” point between SDSU main campus and SDSU West, where they can further stimulate the local economy, access jobs and find healthcare without the need for a car.

The Complete Communities: Mobility Choices initiative delivers on the City of San Diego’s vision of creating equitable, healthy, and sustainable neighborhoods that are diverse, walkable, connected, safe, and inclusive. Mobility Choices aims to connect every San Diegan with safe and convenient mobility alternatives that can reliably connect them to jobs, shopping, services, and parks. Mobility Choices invests in biking, walking, and transit-supportive infrastructure in the areas located closest to transit, and prioritized areas with the greatest needs. Since the 1980s, outside of Downtown and Otay Mesa, less than five percent of all Development Impact Fees have been spent in Communities of Concern. Systemic inequities resulted in lower investment in critically needed and deserved infrastructure. Mobility Choices created a new funding source with at least 50 percent of these funds going solely to infrastructure investments in Communities of Concern, a first step towards reversing those inequities.

Recognizing critical gaps in Class II bike lanes on University Avenue, the project reflects a longstanding commitment by the City of La Mesa to improve safety for its streets. The corridor-wide project included construction of new pedestrian ramps and crosswalks at many dangerous intersections. The project improves access and safety for people walking and biking. The project took place across several years, utilizing several grants from SANDAG and Caltrans. Overall, the project improves safety on one of the most dangerous corridors in the City.

The 30th Street Bikeway is over two-mile project that connects the communities of North Park and South Park through one of the city’s most popular business corridors. The project also improved the ADA parking situation by adding additional blue zone spaces per block to ensure that every block now had the number of spaces required by Council Policy. Total ADA spaces within the project area increased from 18 to 33. The alignment was a perpetual request from the community for improved bike facilities and underwent a vigorous public outreach, and public debate, campaign.

When deciding on this nominee, Spaces as Places was the City of San Diego’s proposed program to transition temporary outdoor dining spaces to permanent places for the post-pandemic world. This initiative would offer a menu of options to allow for the creation of a variety of quality outdoor places for dining, walking, biking, public artwork, and other enjoyable public interaction. The Planning Department worked many teams within the City to develop draft regulations to ensure compliance with fire safety and access, stormwater, ADA accessibility, and traffic safety, making public health and safety the top priority. On October 26th the San Diego City Council adopted the proposal and the permanent ordnance will go into effect when the temporary program expires next year. 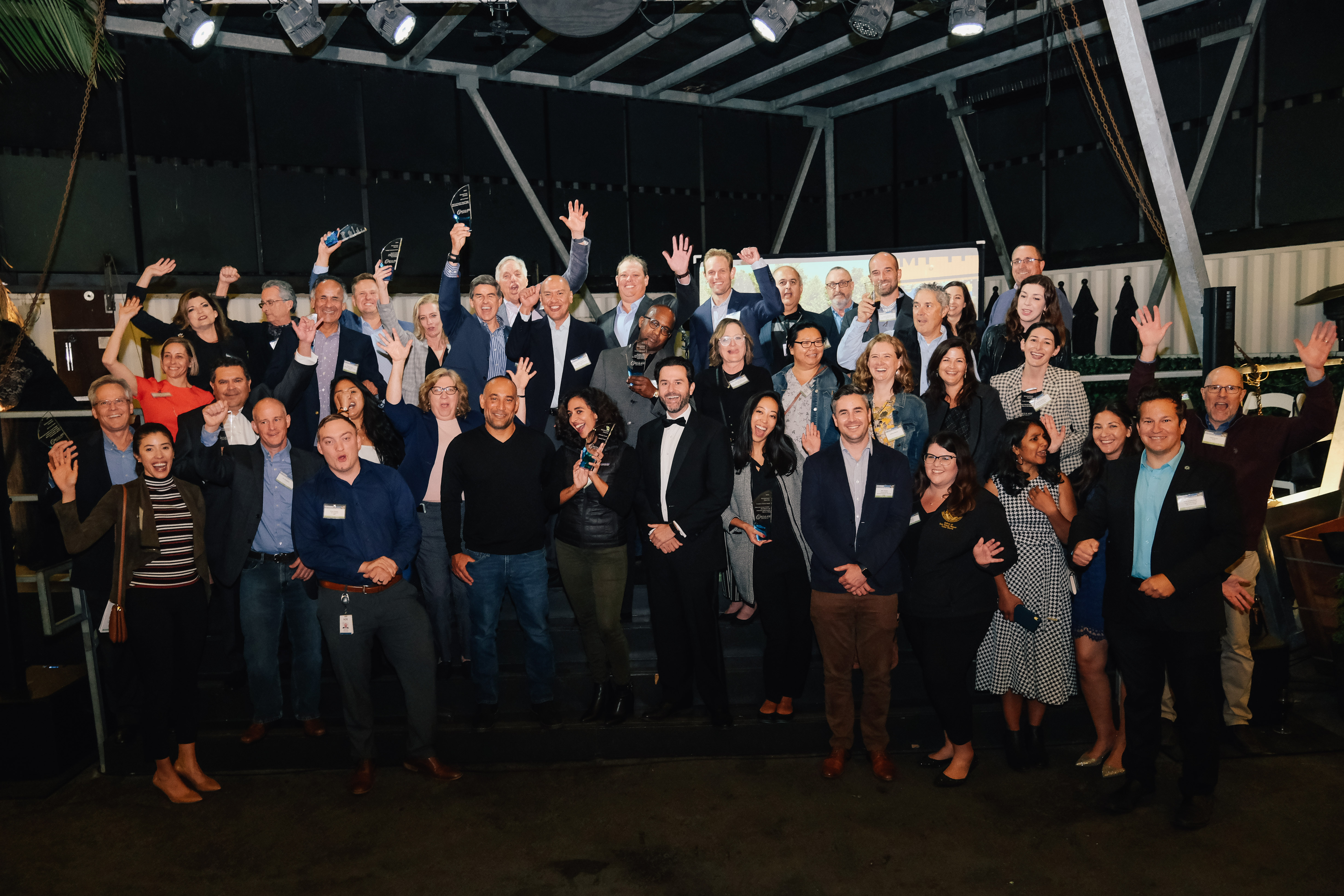 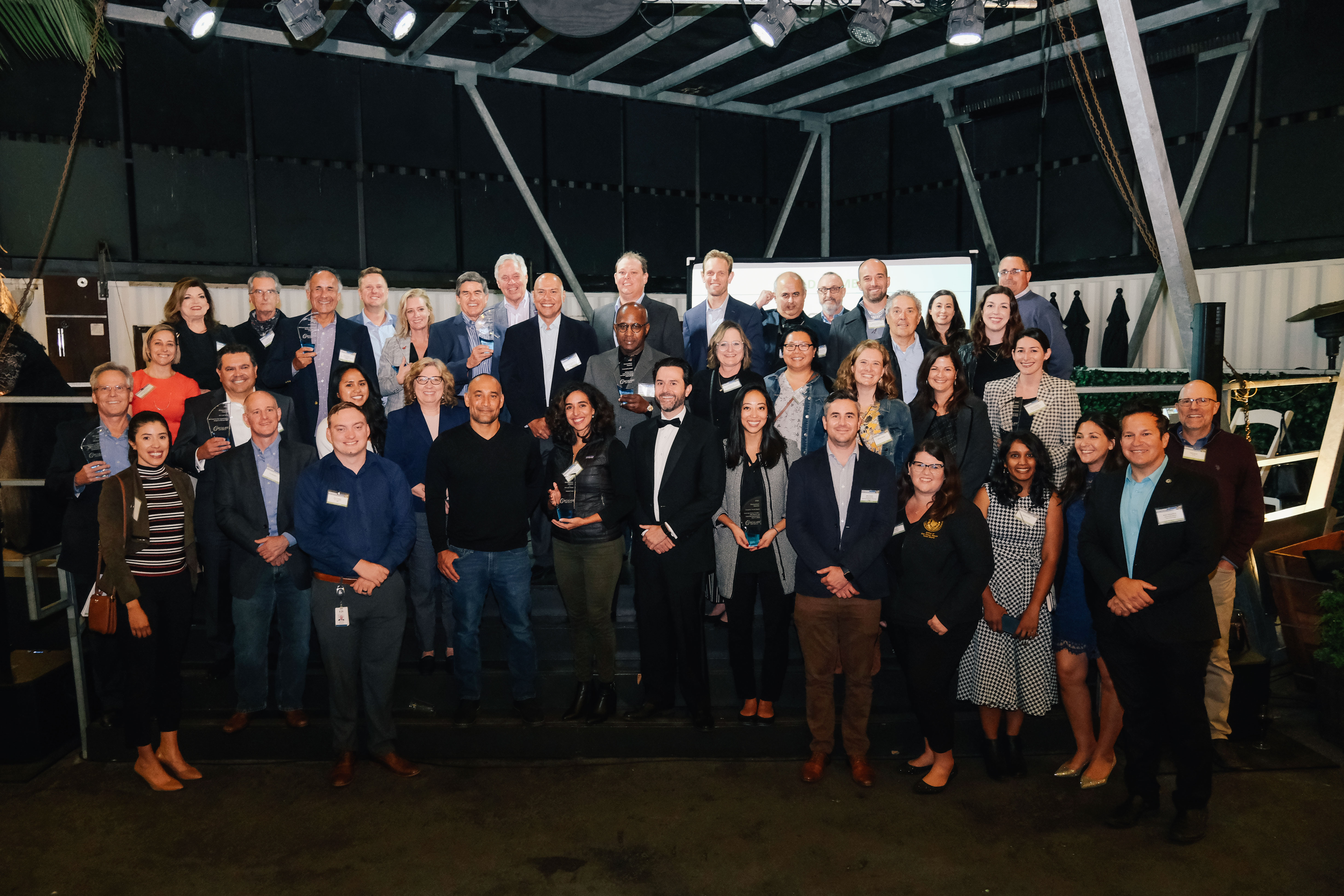 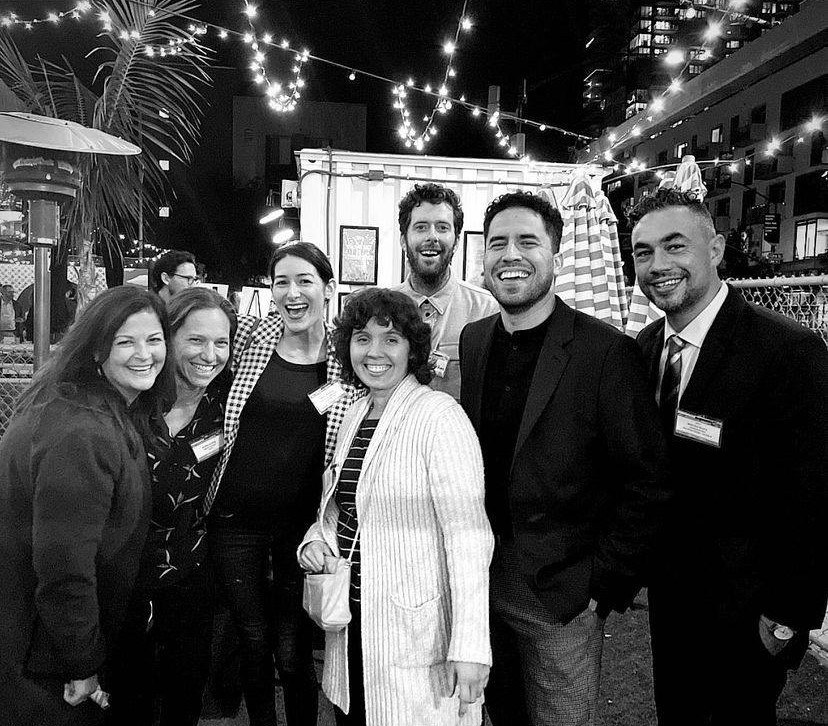 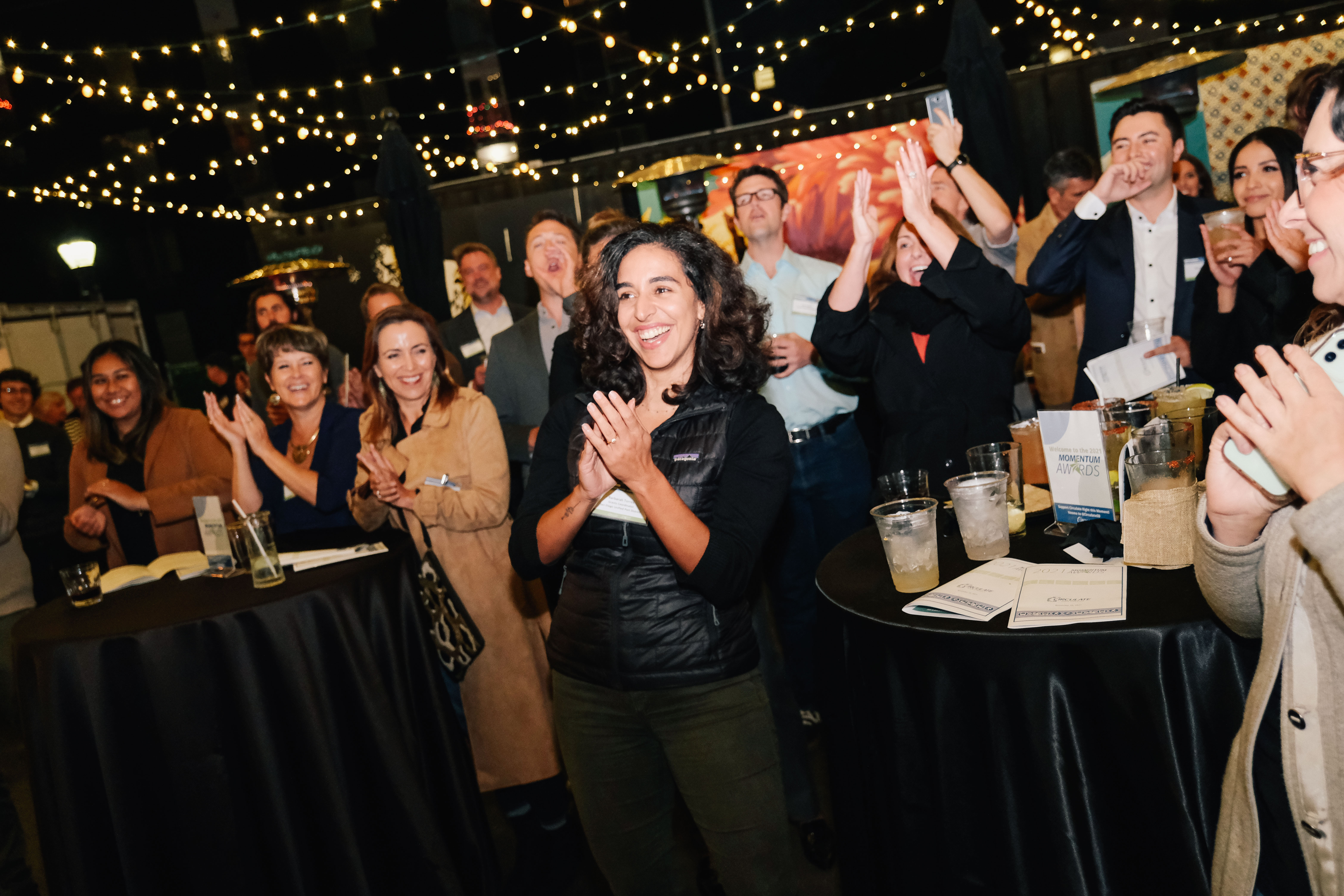 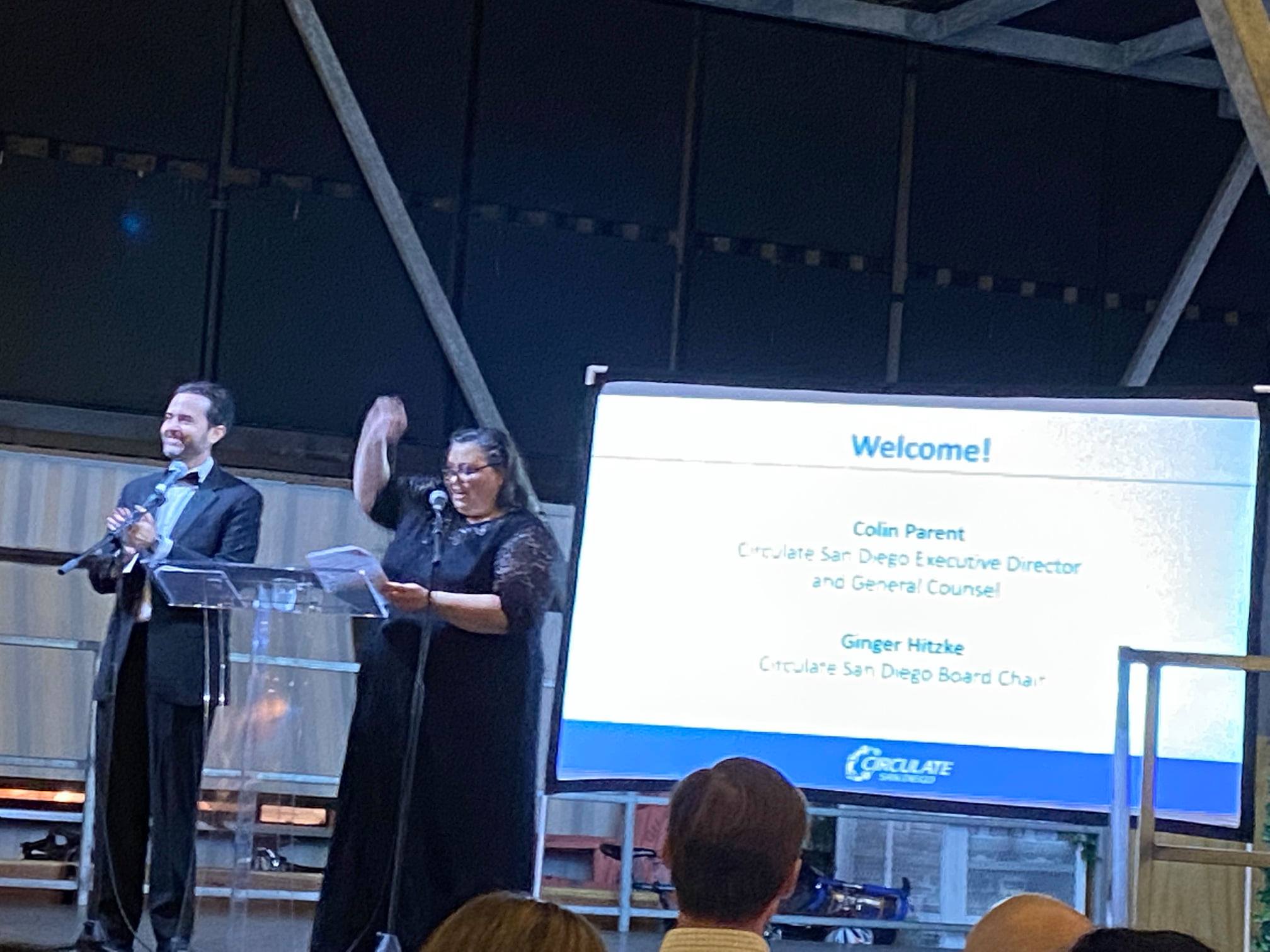