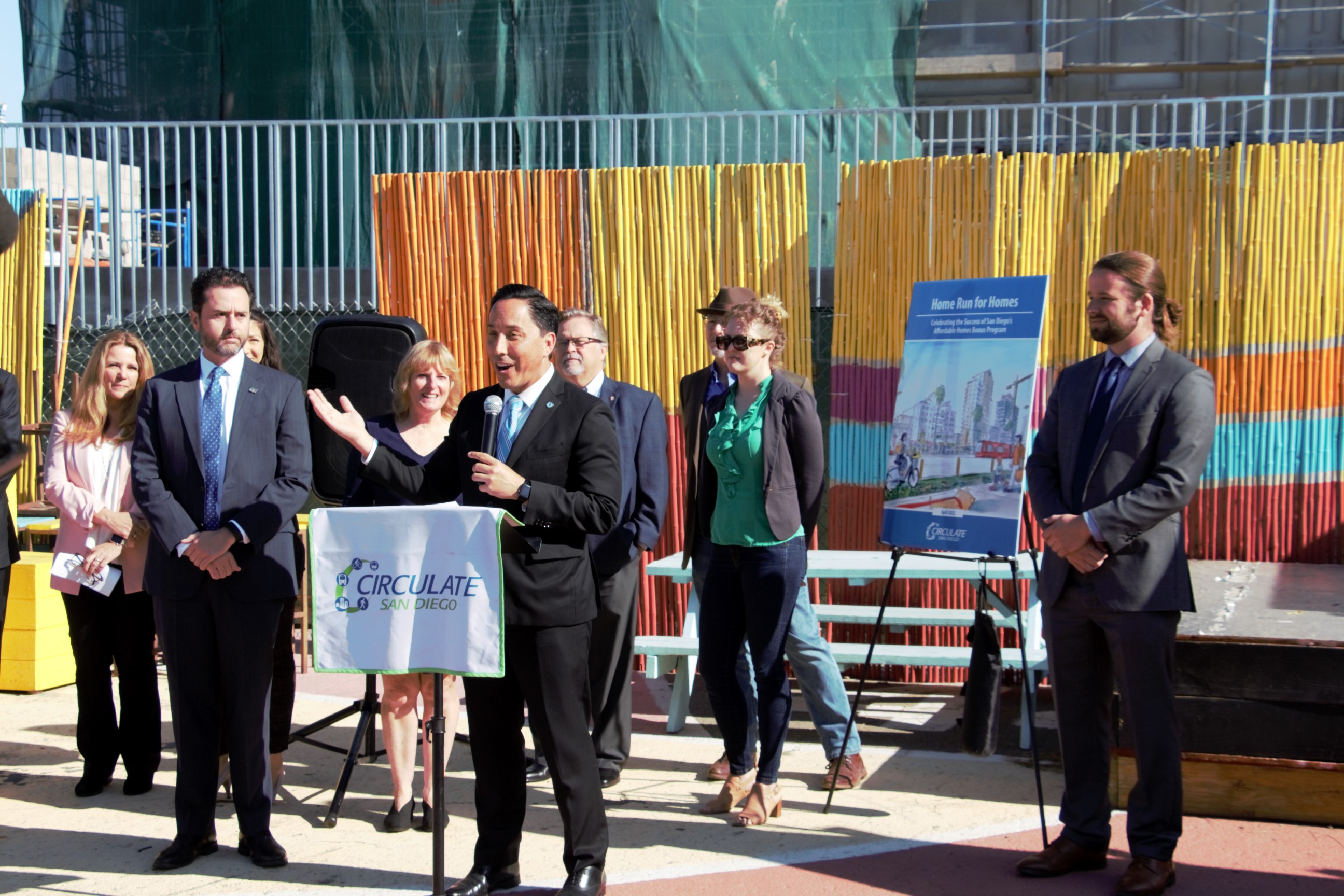 The report highlights the success of San Diego’s Affordable Homes Bonus Program (AHBP), which allows developers to build more homes if they agree to dedicate a portion of a new multi-family project as affordable. The press conference was held at the Mid-City Affordable Project, a 100 percent affordable development that benefited from the AHBP.

“Circulate San Diego’s report shows that the City of San Diego’s Affordable Homes Bonus Program is doing what we intended it to do – build homes that San Diegans can actually afford,” said Mayor Gloria. “It’s a proven success and a model for cities throughout California and beyond.”

“44 percent of all homes entitled in 2020 were in projects that used the AHBP,” said Colin Parent, Executive Director and General Counsel with Circulate San Diego. “Use of program has grown rapidly since it was implemented in 2016, and it has become an important tool in solving San Diego’s housing crisis.”

“We are grateful for the Mayor’s vision and leadership in creating real solutions to address the ability to access affordable housing in San Diego,” said Jim Schmid, founder and CEO of Chelsea Investment Corporation. “The city’s Affordable Homes Bonus Program has been a true success, and only one of many measures the city has taken to bring affordable housing to San Diegans, which is why we are standing here today. We are thankful for our partnership with Circulate San Diego, and proud to have sponsored its report, ‘Home Run for Homes’. These partnerships give us the ability to not only be a part of the affordable housing solution in San Diego, but to be a part of changing people’s lives.”

San Diego’s became the basis for AB2345, which extended the enhanced bonus statewide. AB 2345 was authored by Former Assemblymember Lorena Gonzalez and co-sponsored by Circulate San Diego and Up for Growth.

The full report is available at www.circulatesd.org/HomeRunForHomes.