We were excited to join with over 100 people from San Diego’s many neighborhoods on September 29 to discuss the pressing issue of saving lives at our first ever Vision Zero Neighborhood Symposium. 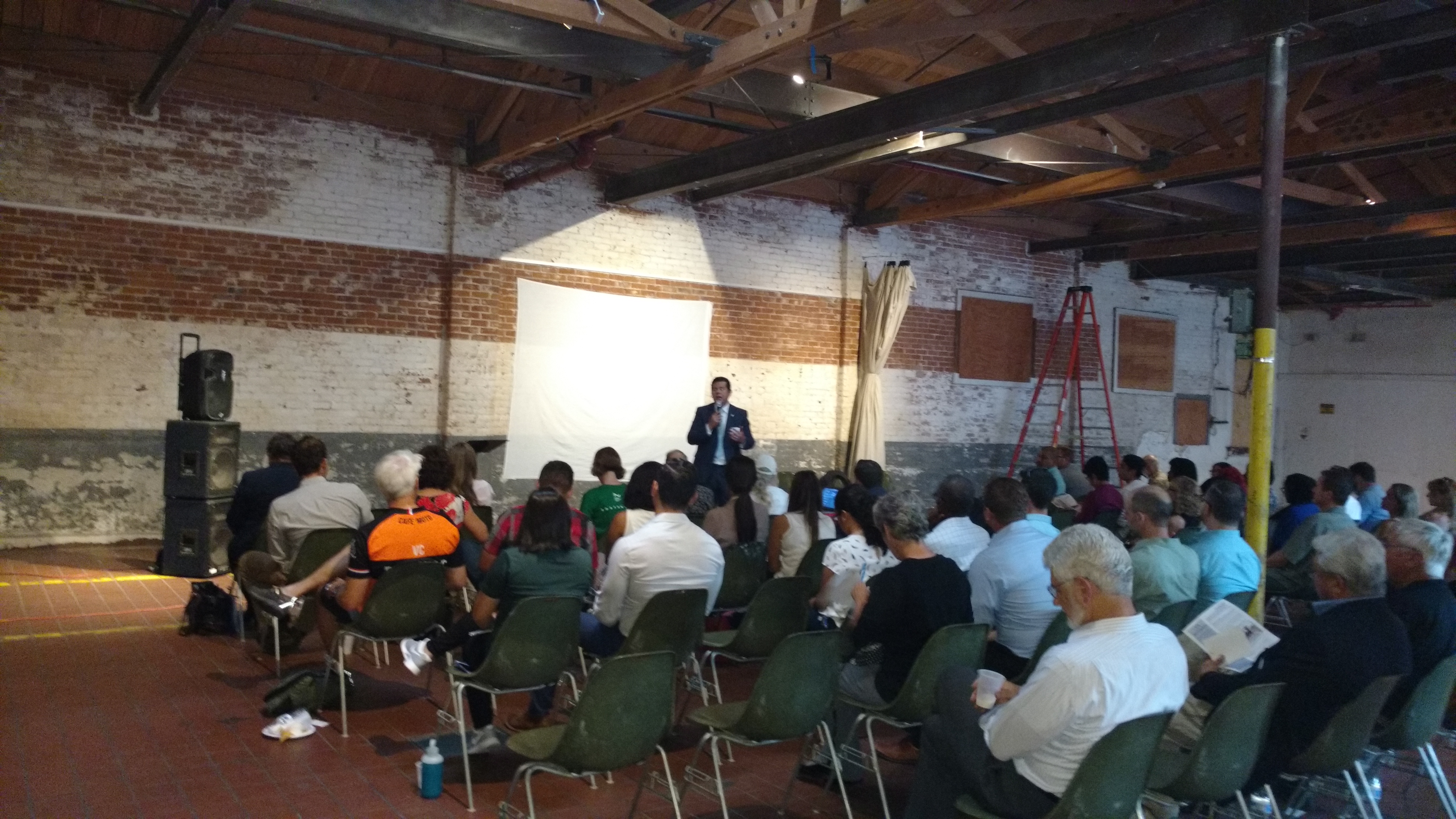 Equity is a Necessary “E”

We know Vision zero is built around the 3 “E”s of Engineering safe street design, Education, and Enforcement. Councilmember David Alvarez set the tone for the Symposium with his opening remarks and called for Equity to be an explicit component of Vision Zero as the City moves forward to implement solutions. This sentiment was echoed by several attendees later in the evening. Crashes may happen all over the City, but they are most likely to happen in dense, underserved neighborhoods. A strategic focus on updating infrastructure in these areas is critical.

When tens of thousands of people die from a disease, it’s considered an epidemic. More than 30,000 people are dying in traffic deaths across the U.S. each year. Dr. Wilma Wooten, San Diego County’s Public Health Officer, confirmed that the continuous rise in traffic deaths is a public health issue, and agreed with Vision Zero’s approach to see traffic deaths as an epidemic. “The Health and Human Services Agency is dedicated to community wellness and health protection in all communities, and people walking, biking or rolling are equally vulnerable and need protection, especially on streets where we see the most injuries and deaths.” 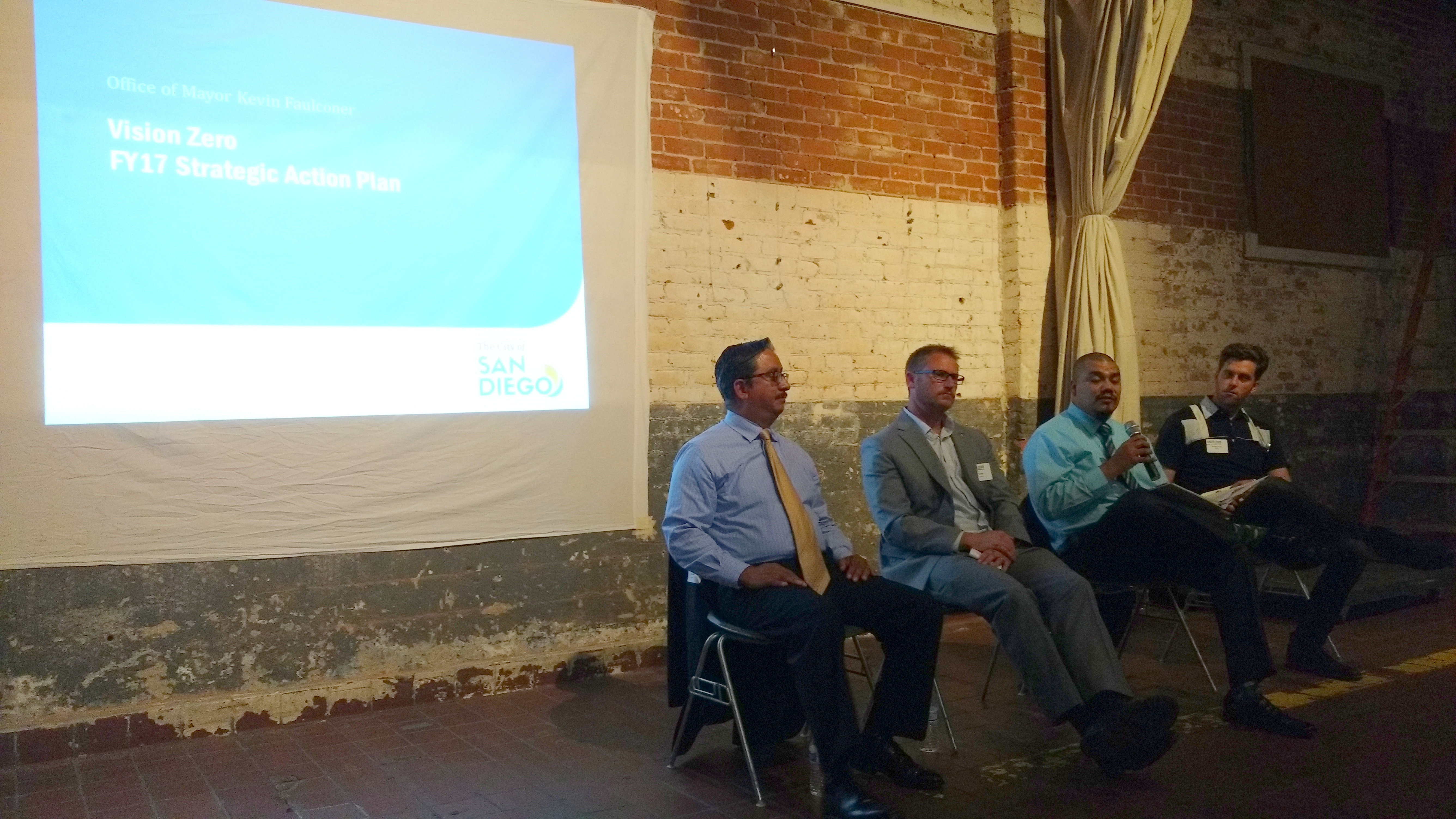 Following the release of a new performance audit of San Diego’s programs on pedestrian safety, Eduardo Luna, City Auditor, and staff highlighted some of the report findings. The report states that as the City moves forward with Vision Zero, it can better utilize existing data to improve safety. This includes to modernize infrastructure at intersections where repeat crashes have occurred, drive enforcement to deter known dangerous behaviors, initiate a City-wide public education campaign on pedestrian safety issues, and set measurable goals for investment and improvements.

Jonathan Herrera, Public Safety and Neighborhood Services Director in Mayor Kevin Faulconer’s office responded with an outline of actions the City has taken and that are planned. We’ve acknowledge some of this work, and also call on the City to ADOPT And IMPLEMENT measures in the DRAFT One Year Strategic Plan as well as respond to recommendations in the City Auditor’s report.

The City’s Vision Zero Strategy Should Include: Education 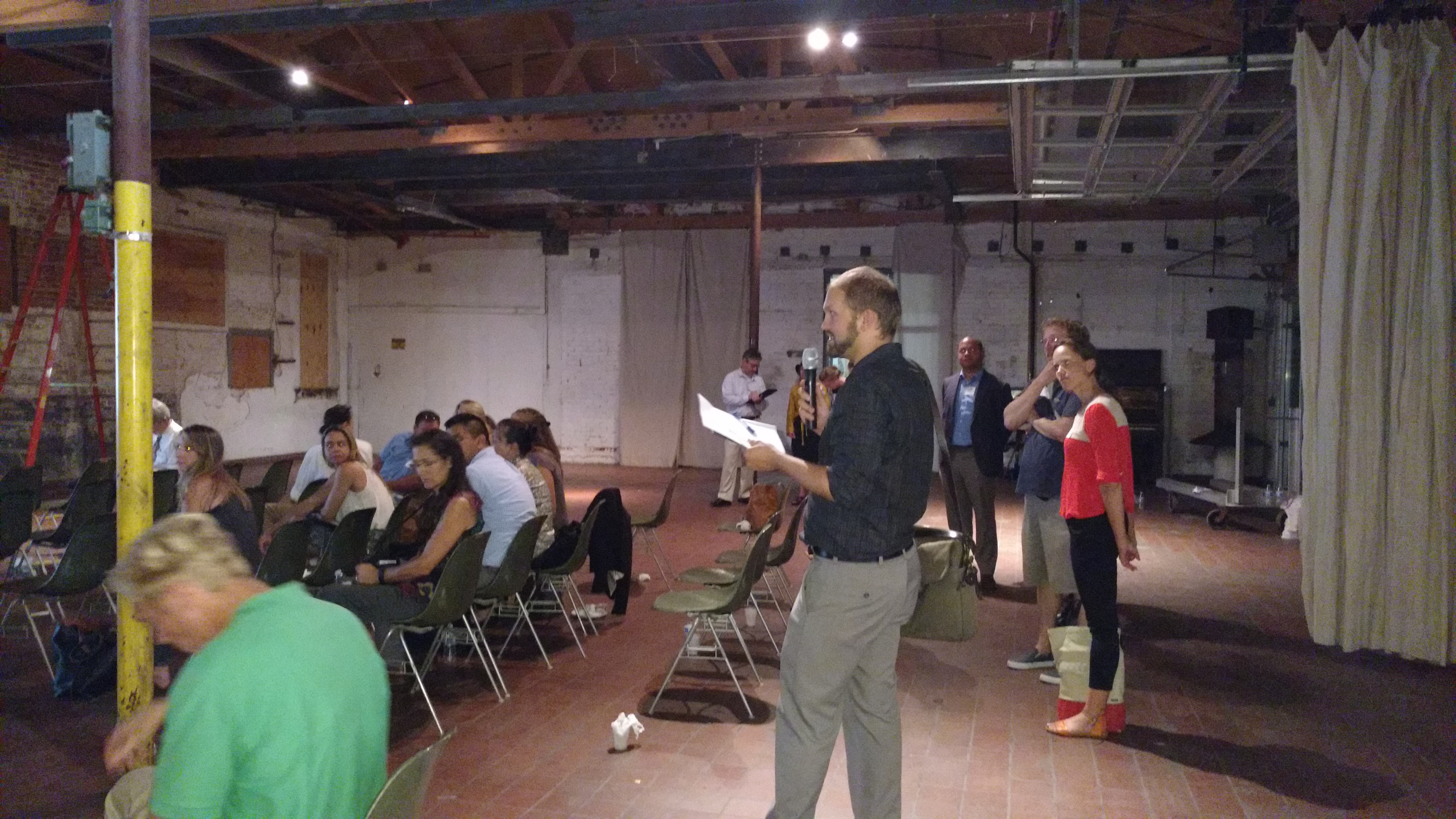 Zero is the Right Number

No one asked if getting to zero is possible. As time slips away, we can’t compromise the principles or allow the goal to be watered down. Zero is the only right number. With the continuation of the City’s high crash rate continuing even today, ACTION on Vision Zero is needed now more than ever.