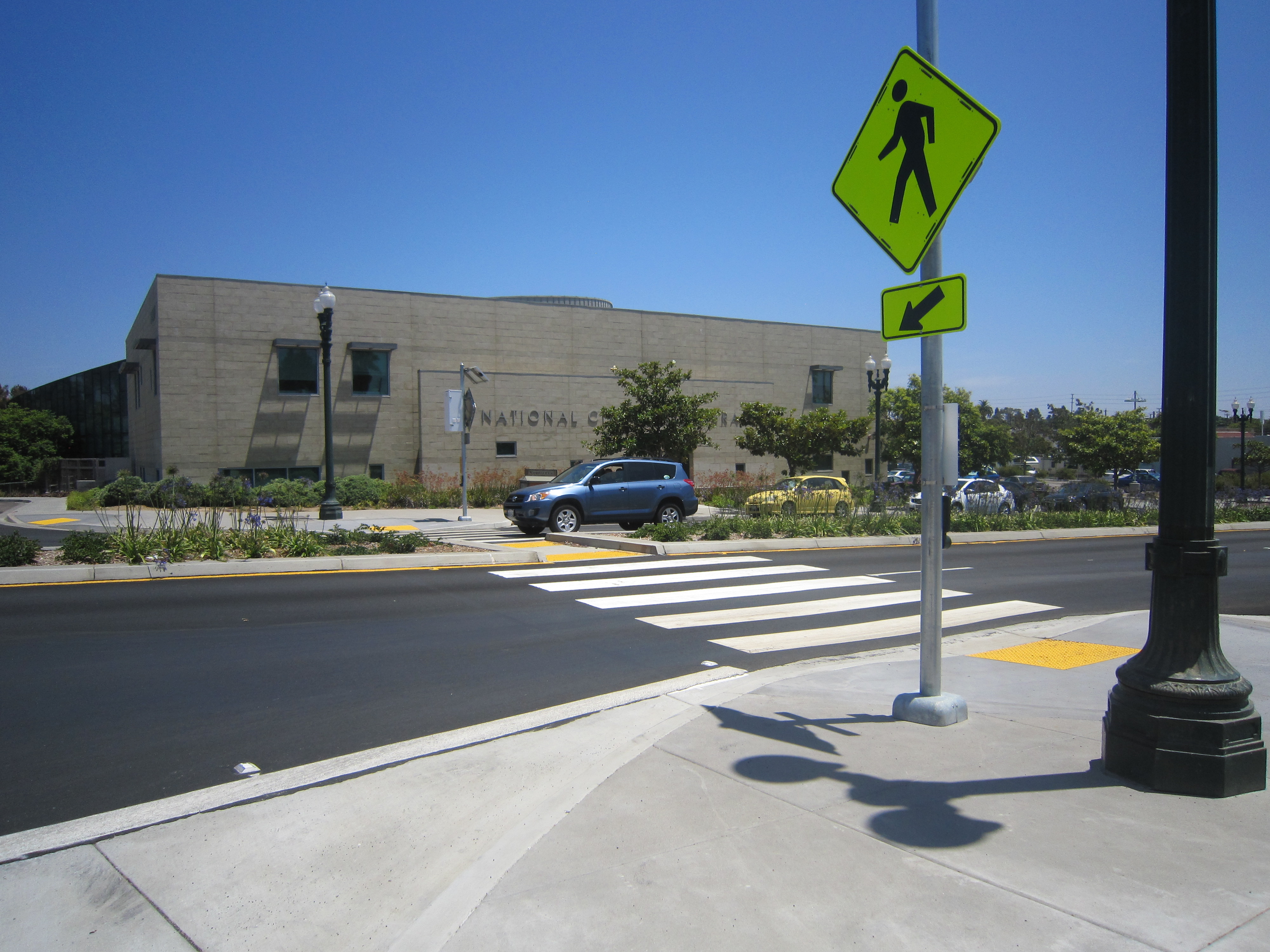 National City emerged as the top scoring city, for two reasons. First, the city was laid out in the typical pre-war pattern – a dense network of lower volume streets and a mix of destinations and transit stops within walking distance of most residences. Equally as important, National City’s recently updated General Plan includes strong policies and plans favoring walking, biking, and transit use. Ironically, National City had the highest rate of pedestrian collisions but overcame this negative with the high number of residents who either walk or use transit to get to work.

La Mesa, the second leading city, also has a walkable street pattern and detailed policies to become even more so. In addition, La Mesa has aggressively implemented pedestrian improvements in key areas. Solana Beach, the third-ranked city, scored in the middle of the pack on policies and implementation and had the lowest percentage of walk/transit commuters. On the positive side, Solana Beach streets were rated relatively high by BestWALK volunteers and had the lowest number of pedestrian collisions in the region, raising its overall score.

Cities that scored lowest – Santee, El Cajon, and Lemon Grove – are all East County cities built primarily around the use of automobiles as the main form of transportation. In addition, these cities scored lower on policies and implementation of street improvements that improve walking safety or convenience. This is not to say there are no such policies – indeed, all three have focused on increasing walking, bike safety, traffic calming, and transit use in key areas, such as residential neighborhoods, Main Street corridors, and trolley stations. Due to past planning decisions, however, creating safe and convenient walking conditions will be a long-term effort for these cities.