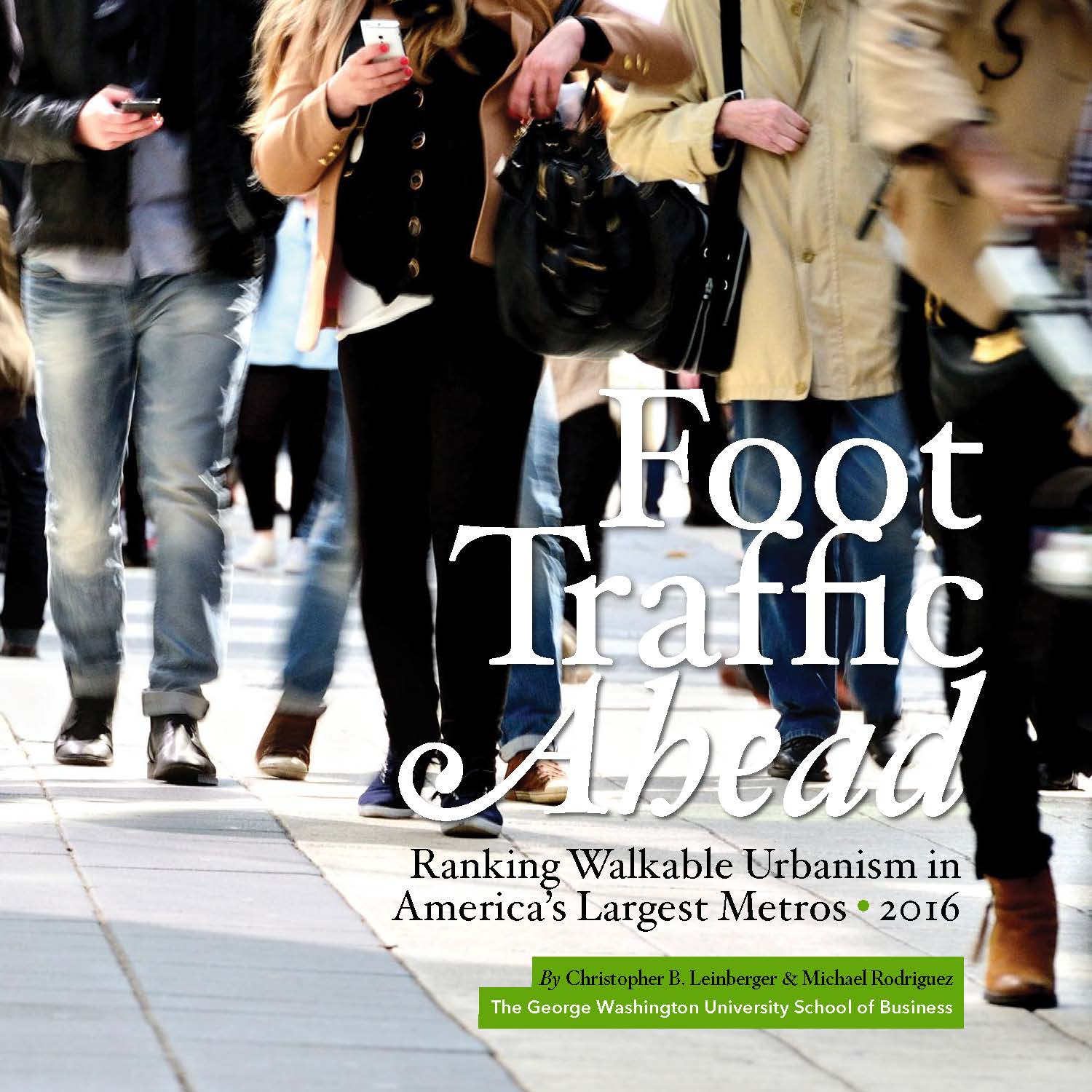 The report was written by Christopher Leinberger and Michael Rodriguez at The George Washington School of Business and states;

"For perhaps the first time in 60 years, walkable urban places (WalkUPs) in all 30 of the largest metros are gaining market share over their drivable sub-urban competition—and showing substantially higher rental premiums. This research shows that metros with the highest levels of walkable urbanism are also the most educated and wealthy (as measured by GDP per capita)— and, surprisingly, the most socially equitable."

This is an important report for the country, but what does it mean for San Diego?

The results are mixed for San Diego. First, the report ranks San Diego as the 6th least walkable of the 30 largest metropolitan regions in the US and lumps San Diego into the “Lowest Walkable Urbanism” tier behind cities like Atlanta, Cleveland, St. Louis, Los Angeles, Detroit, and Sacramento. This ranking of walkable urbanism is based on the share of office, retail, and multi-family rental occupied space located in its WalkUPs in 2015. 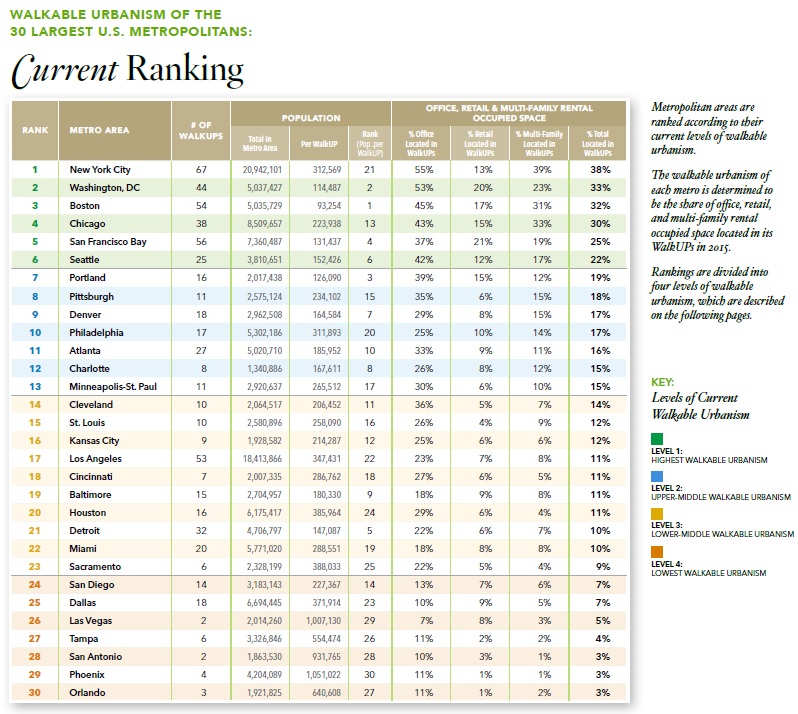 The report reveals that metros with the highest levels of walkable urban development also rank highest on measures of social equity. To measure social equity, this research used the Center for Neighborhood Technology’s Housing and Transportation Affordability Index and then considered accessibility to jobs, a measure of opportunity. The report measured social equity using housing costs, transportation costs, and employment access index (a measurement of how many jobs are accessible from a residence).The trend of rising housing costs is increasing the need for more affordable homes, more transportation options, and concerns about displacement.

San Diego is ranked 23rd of the 30 largest metropolitan regions for social equity.  One major factor in social equity is the cost of housing. Of the 30 metro areas in the study, San Diego ranks 27th with moderate-income households spending 46 percent of their income on housing. San Diego did better against other metros in terms of transportation costs and was ranked 12th with moderate-income households spending 25 percent on transportation costs. San Diego ranks 16th among other metros with an Employment Access Index of 29,922.The 29,922 number represents how many jobs a residence could access in San Diego.

On a somewhat more upbeat note, the report lists San Diego as the 13th highest metro GDP per capita and the 13th highest percentage of the population 25 and over with a bachelors degree.  The report speaks to the correlation of both of these variables before introducing the importance of another variable’s correlation, the percent of office retail and multi-family space located in WalkUPs. San Diego is ranked 24th in this regard with 7 percent of its office, retail, and multi-family housing being located in WalkUPs.

The connection between walkability, educated people, and GDP is important and previous research suggests that educated people prefer walkable urban places. Walkability has even been referred to as “a magnet for the creative class.” With this concept in mind, it is important to note that San Diego has been able to obtain the 13th highest GDP and education rank with a low level of walkable urbanism. So that begs the question, what if San Diego increased its Walkable Urbanism?

This question lingers on further as the report points to a 2015 survey, Core Values, conducted by the George Washington University, Smart Growth America, and Cushman & Wakefield seeking to understand the motivation behind the relocation of 500 corporate offices to walkable urban places. The survey indicated the top two reasons cited for relocation were (1) to recruit talented millennials  and (2) to brand the company as a 21st century, knowledge-based business.