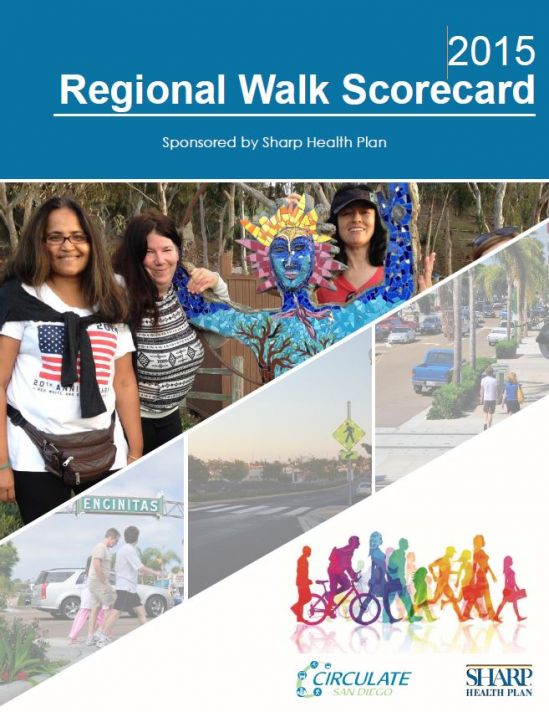 Through the production of three scorecards, the methodology used to determine city scores has largely stayed the same. However, based on soliciting input on the Scorecard’s rubric and best practices in improving walkability, some of the individual scoring categories have been modified. These modifications have resulted in changes among the city rankings. The 2015 Scorecard is being released at the time the Vision Zero movement is sweeping across the country to combine Engineering, Education and Enforcement to prevent traffic deaths. This year’s Scorecard has been modified to reflect the best practices inherent to Vision Zero. 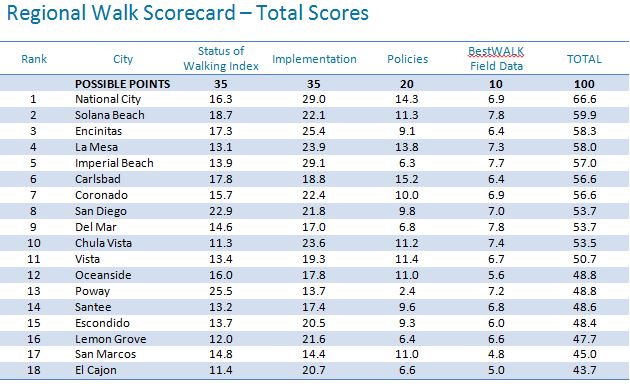 The Walk Scorecard is comprised of four primary scoring categories:

(1) Status of Walking Index – This category combines: (a) how many people choose walking to get around, and (b) how safe they are when they walk. In general, cities that ranked high in this category tend to have a higher rate of walking, and higher percentage of mixed land uses. Other cities that ranked high have generally fewer people walking and a lower rate of pedestrian vehicle collisions.

(2) Implementation – This category examines data on existing and new infrastructure that enhances walkability, methods used to evaluate safety, and coordination with police to encourage safe and deter unsafe behavior. Examples of categories rated include the presence of a robust network of crosswalks and sidewalks, traffic calming projects (especially around schools), implementation of pedestrian education programs, and the percentage of homes and employment located within a ½ mile of high frequency transit.

(3) Policies – This category reviews various policies that promote walkability in the long term such as Active Transportation or Safe Routes to School Plans, Complete Streets policies, parking policies, and ongoing funding commitments. Both implementation and policies were studied to strike a balance between cities’ established big-picture goals and on-the-ground projects, recognizing that written policies are not always implemented.

(4) BestWalk Field Data – This category relates data collected by volunteers across the region rating the walkability of neighborhood streets via BestWALK, a smartphone application developed by Circulate San Diego.