Blog: Breakthrough for Vision Zero and the Fatal 15

Author's Note: This week was big week for Vision Zero. Please help celebrate our progress and become a member of Circulate San Diego. We need your help to power our organization on to the next victory for Vision Zero.

This week we saw a major breakthrough for our Vision Zero campaign to end traffic fatalities and serious injuries.

Circulate San Diego announced on Wednesday that the City of San Diego is committing to fixing all of the “Fatal 15,” the City’s 15 most dangerous intersections by the end of the coming fiscal year. This is the largest commitment yet by San Diego to target funding for Vision Zero, and to make safety improvements where lives are most at risk.

Circulate San Diego staff organized a press conference Wednesday to announce the news. We were joined by Councilmember Chris Ward, Public Works Director Kris McFadden, and many other advocates.

A number of outlets carried the story, including the San Diego Union Tribune, KUSI, NBC 7, CBS 8, ABC 10, the CW, KPBS, Times of San Diego, and even from the state-wide Streetsblog California. This kind of publicity is key to educating drivers and other road users to prioritize safety on our streets. 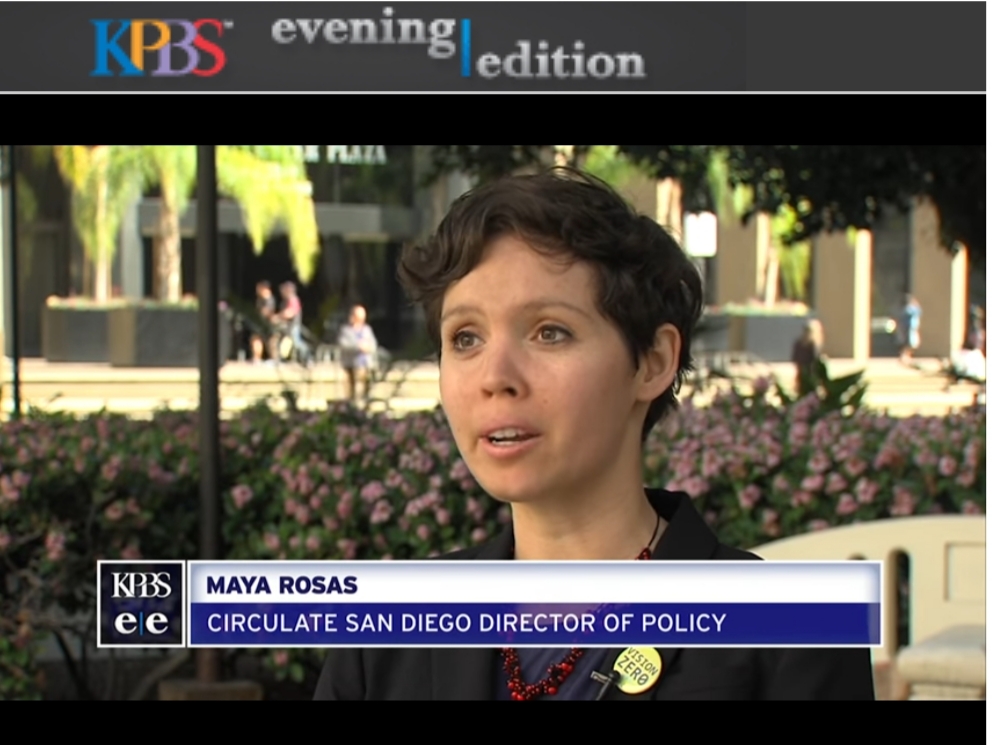 Our Vision Zero campaign in the City of San Diego is supported by Kaiser Foundation Hospitals, Southern California Region, as well as individual donors like you.

Circulate San Diego launched our Vision Zero campaign in 2015 with a groundbreaking report. While the Vision Zero launch included participation form Mayor Faulconer and other elected leaders, progress had been steady, but slow. This week saw a major shift. We even got a tweet from the Mayor.

More work is surely needed, but San Diego is making a major contribution to Vision Zero by committing to retrofit the City’s most dangerous intersections. Support from our members are winning the day.