SAN DIEGO (March 19, 2021) – Today, Circulate San Diego and its partners placed a placard at the location where a tragic crash earlier this week resulted in three deaths and six serious injuries of homeless San Diegans. The placard is a part of Circulate’s Vision Zero campaign to end traffic fatalities.

Photos of the placard are attached to this release. Circulate’s Vision Zero partners include Beautiful PB, BikeSD, the San Diego Bicycle Coalition, and the San Diego Mountain Biking Association.

"No loss of life is acceptable on San Diego’s streets, and this week’s crash is especially tragic because it affected vulnerable people living on our streets," said Colin Parent, Executive Director and General Counsel for Circulate San Diego.

Three people were killed and six more were injured in a traffic crash near San Diego City College on March 15, 2021. At around 9:00 a.m., a vehicle swerved onto the sidewalk and crashed into a homeless encampment where several people were seeking shelter from the rain. The driver was arrested on suspicion of driving under the influence, vehicular manslaughter, and infliction of great bodily injury while committing a felony.

Circulate San Diego encourages the media to use the term “crash” as a more accurate and neutral term than “accident,” because “accident” can imply that a death or injury could not have been prevented. The media should be especially careful not to refer to this week’s tragedy as an “accident” given that the driver is suspected of driving under the influence, which is an entirely preventable action.

Vision Zero is an international movement to end traffic deaths and serious injuries through careful driving, safe street design, and other safety principles. The City of San Diego committed to Vision Zero and ending all traffic fatalities within 10 years, beginning in 2015. For more information, visit http://www.circulatesd.org/visionzero. 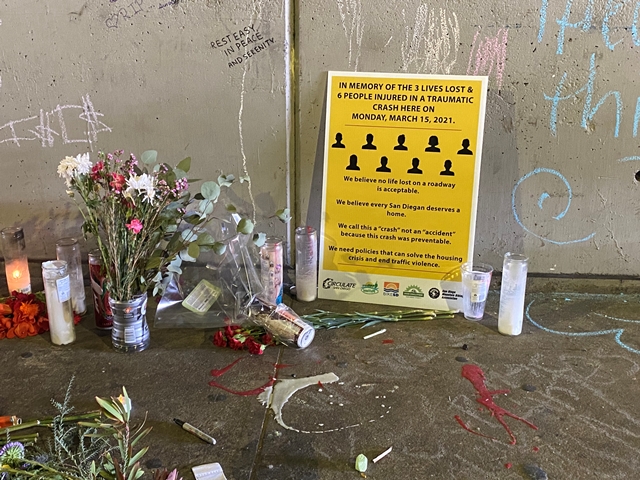 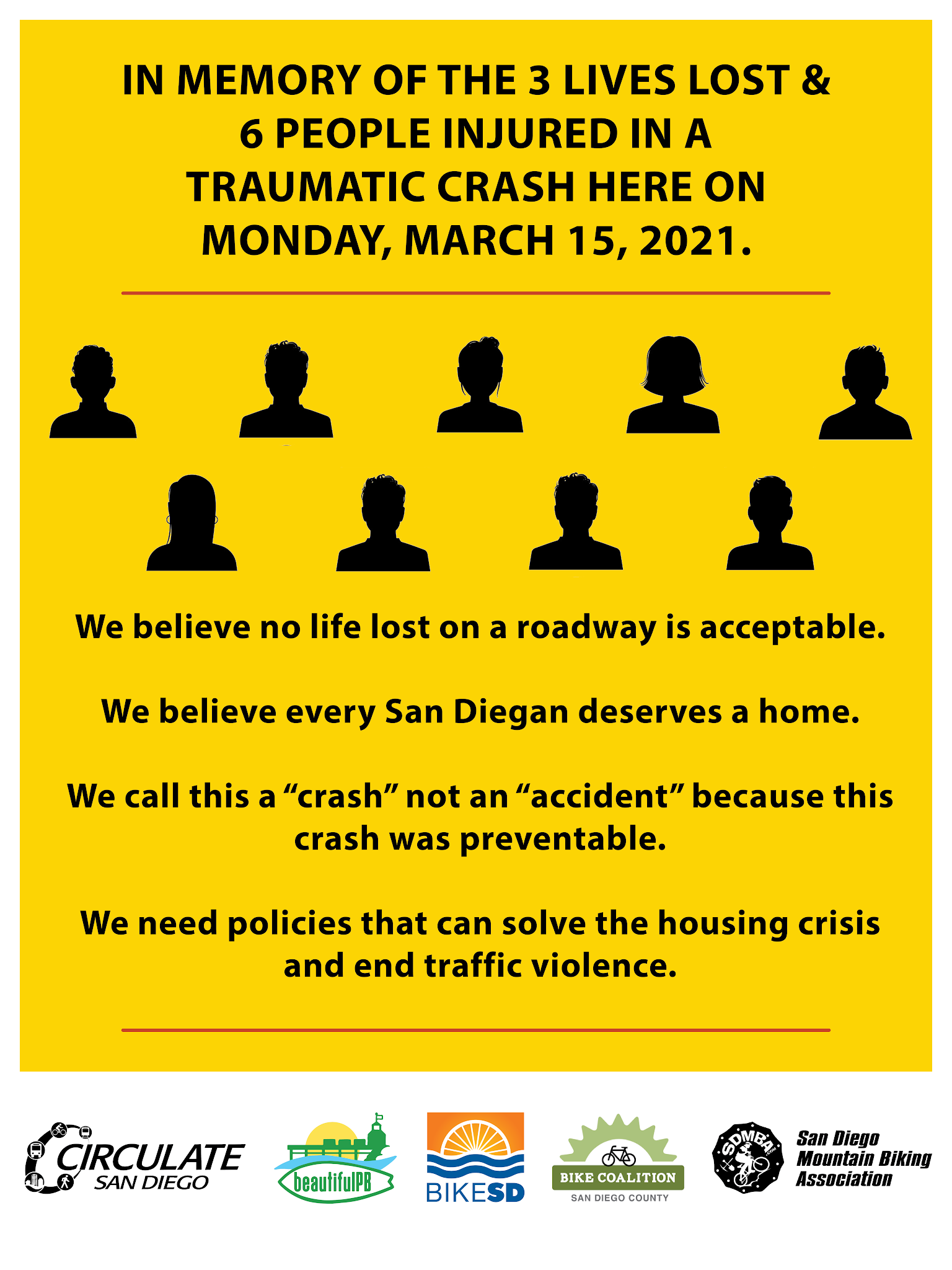