As reported by the Union Tribune, San Diego police Officer Robert Heims described the driver as having swerved into a wrong-way lane about 1 a.m. in order to pass slower vehicles.

The concept behind Vision Zero is to reach zero traffic deaths through safer street design, education, and enforcement. The program has been successful in other U.S. and European cities.

According to Jim Stone, Executive Director for Circulate San Diego, “Traffic injuries are preventable. Our streets need to be designed with safety in mind. We must also focus efforts on educating drivers and enforcing our traffic laws to prevent serious injuries." 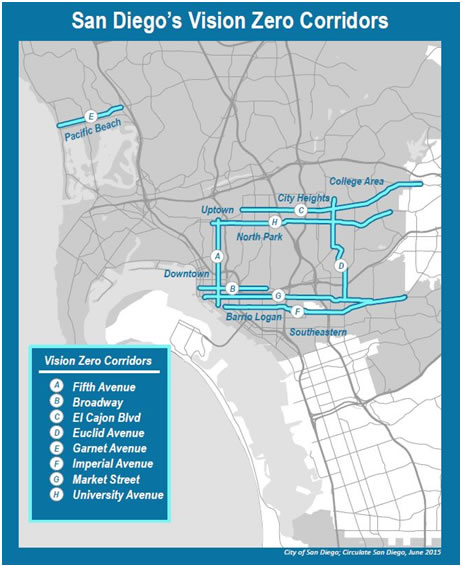