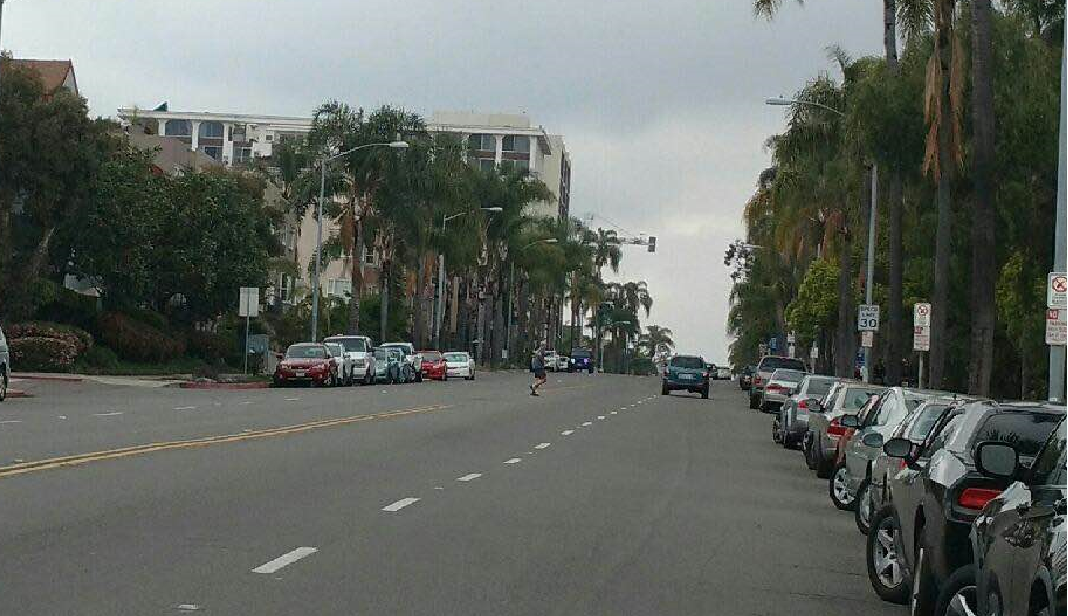 After three years of advocating for new crosswalks on Sixth Avenue, the residents of Bankers Hill are going to see success.  And it’s clear their success is all of our success.

Gary Pence, Senior Traffic Engineer for the City of San Diego, presented the new crosswalk plans at Tuesday’s Uptown Planners meeting, and was greeted with resounding approval from the audience and Board. For the approximate ½ mile section of Sixth Avenue between Laurel and Elm Streets, the City will install two new crosswalks accompanied by solar powered flashing lights, a road diet, and new buffered bike lanes.

The City made a very compelling presentation: all of the proposed improvements are made possible through repaving and are needed to bring more safety to people walking. Here are some sobering statistics presented by Mr. Pence:

For the last year, Circulate San Diego and its partners have asked the City to embrace a movement towards zero traffic deaths, Vision Zero. Imagine the power of this campaign if more projects could be implemented, similar to the Sixth Avenue project. This project came as a result of years of requests from neighborhood residents, and City staff responded with a detailed analysis and bonus project components such as the road diet and bicycle lanes.

We would like to see the City take a proactive approach to complete more of these projects in our neighborhoods, especially where people are being injured. We have applauded the City’s recent efforts on University Avenue and Fairmount Avenue, but more still needs to be done. The Mayor and City Council have supported Vision Zero in principle, but this campaign will not be successful until further action is taken. It is projects like these that will help define success one street at a time.