Update on the campaign to fix the Compass Card 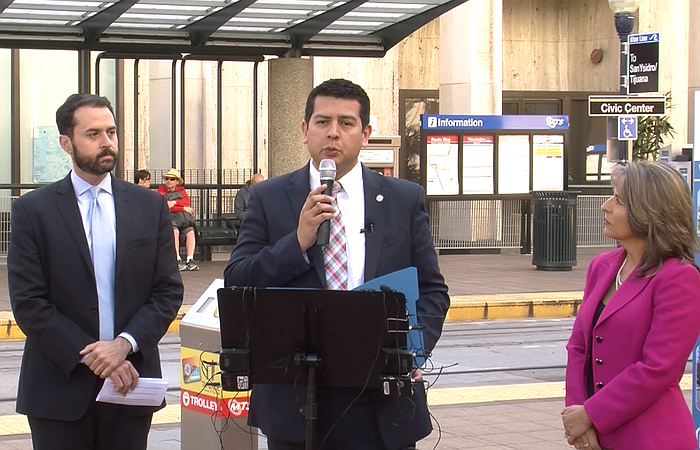 Today, KPBS reported that MTS plans to roll out stored value for the Compass Card by November 1, 2016.

This is a major victory for transit riders in San Diego. With stored value, riders will be able to store virtual cash on their Compass Card, and draw down those funds whenever they need to pay for a single ride on public transportation. This is an expansion for convenience and access to the region’s transit systems, and riders will still be able to use their Compass Card to carry monthly or day-passes.

Circulate San Diego has been advocating for the implementation of stored value for some time, and we recently launched a “Fix the Compass Card” campaign in 2016, which lead to this policy change at MTS.

Pressure from some MTS board members and the transit advocacy group Circulate San Diego put the issue of stored value back on the radar. Colin Parent, policy counsel for Circulate San Diego, said he was encouraged by the renewed commitment.

"Having stored value is just going to expand the types of ways that people are able to pay to ride transit," he said. "This is just a great example of how a public agency like MTS can make a meaningful improvement for the lives of transit riders."

Our campaign included a variety of tactics:

We are proud of our efforts, an appreciative of the MTS board members and staff who have worked to make stored value a renewed priority for public transit riders. We will continue to advocate for improvements to the Compass Card, and look forward to seeing stored value implemented soon.