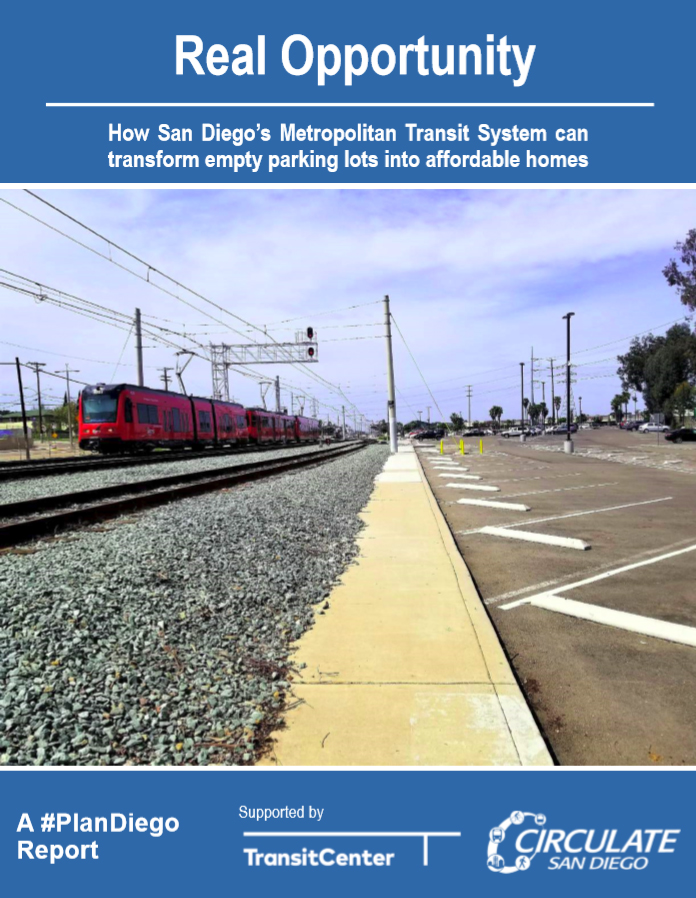 MTS has at least 57 acres of property that can be made available for development. With accommodating land use policies, Circulate San Diego calculates that the MTS properties can support the development of 8,000 new homes, with more than 3,000 reserved as permanently affordable for low income families.

“Real Opportunity” also includes a new data set for parking utilization at each of the various parking lots associated with MTS trolley and bus stops. Circulate San Diego dispatched volunteers throughout the region to count the number of spaces available, and how many were used. The data shows that many parking lots have very low utilization rates.

With the new leadership on the MTS Board, we believe that the transit agency has a real opportunity to transform its empty parking lots into affordable homes.