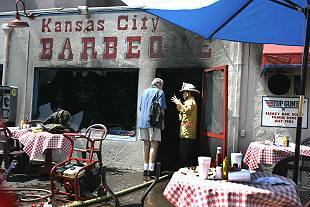 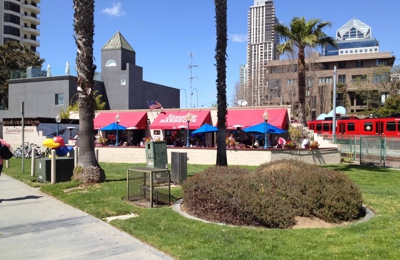 Kansas City Barbeque is a local fixture serving amazing baby back ribs with the added distinction of being the bar where scenes from the movie Top Gun were filmed. While working in San Diego, the location director for Paramount Studios visited Kansas City Barbeque for a beer. He liked the atmosphere and brought the bar to the attention of film director Tony Scott. Scott asked the owners to shut the establishment down for a day in order use the bar for shooting.

The bar was used in a scene in which Goose and Maverick belt out "Great Balls of Fire" while seated at the piano. The now famous line by Meg Ryan, "Goose, you big stuuuuuud! Take me to bed or lose me forever!" was uttered in the dining area of Kansas City Barbeque. The bar was also used in the final scene, where the song "You've Lost That Lovin' Feelin'" is heard playing on the jukebox.