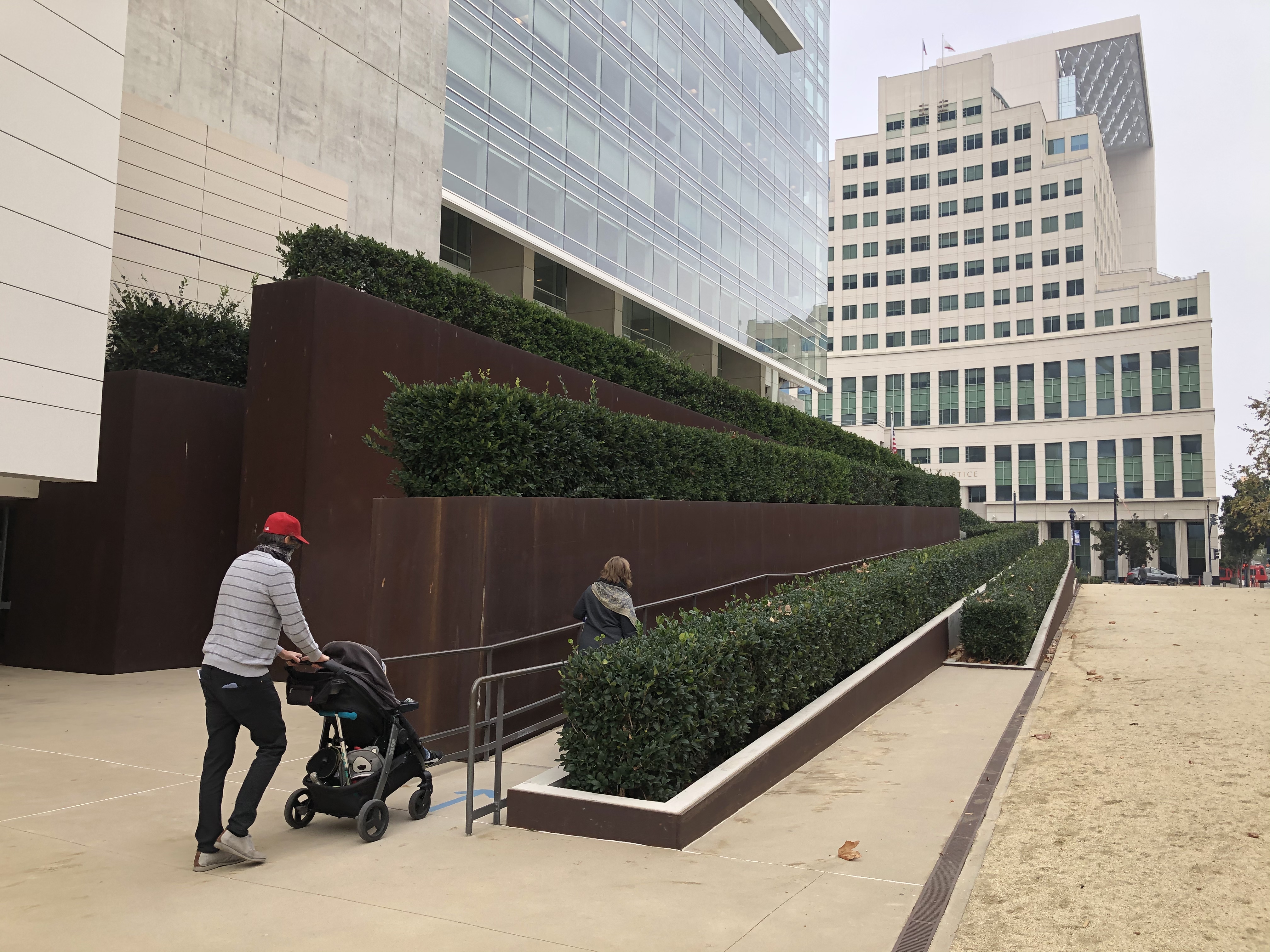 The James M. Carter and Judith N. Keep United States Courthouse includes courtrooms, judges chambers, offices, and courtroom galleries of the United States District Court for the Southern District of California, along with offices of the Internal Revenue Service and the General Services Administration. Construction was completed in 2012, and when the building opened in March 2013, it was San Diego's third federal courthouse. It was named for two former judges of the court, James M. Carter and Judith N. Keep.

The building was designed by Michael Palladino of Richard Meier and Partners of New York. Natural lighting reaches all the interior spaces and some enjoy natural ventilation as well. Artist and San Diego resident Robert Irwin produced two works that live in the interior of the Courthouse, including a 33-foot-tall highly polished obelisk called "Prism" located in the lobby constructed of transparent acrylic. Also explore the ramp of hedges that zigzag across the outdoor plaza and is referred to as the "Hedge Wedge."