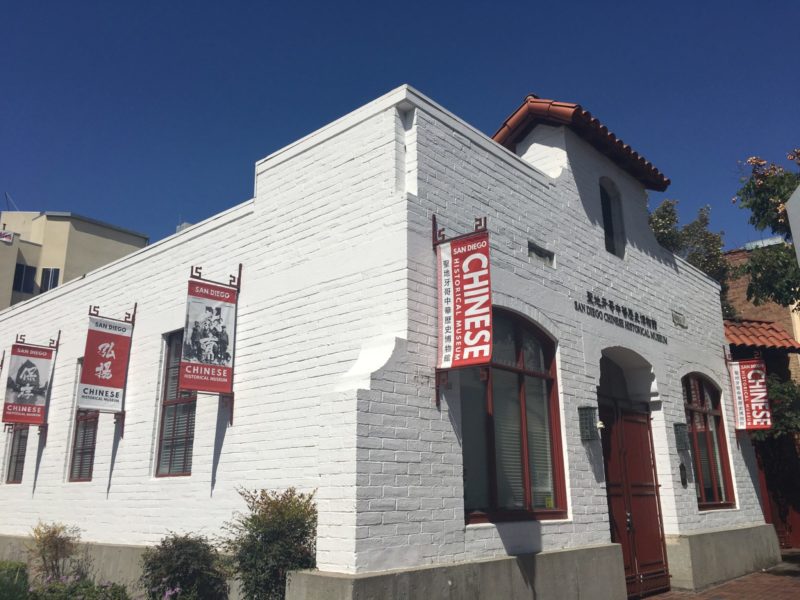 By 1960, the Chinese community had relocated from downtown San Diego and the congregation built a new facility on 47th Street. The adobe building on First Avenue fell into disuse and was slated for demolition in the 1980s, until Sally Wong-Avery, Dorothy Hom, and City Councilman Tom Hom, launched a campaign to rescue it. The Chinese Historical Society of Greater San Diego and Baja California was able to save the building and, eventually, relocate it to 404 Third Avenue. Learn more at https://sdchm.org/about