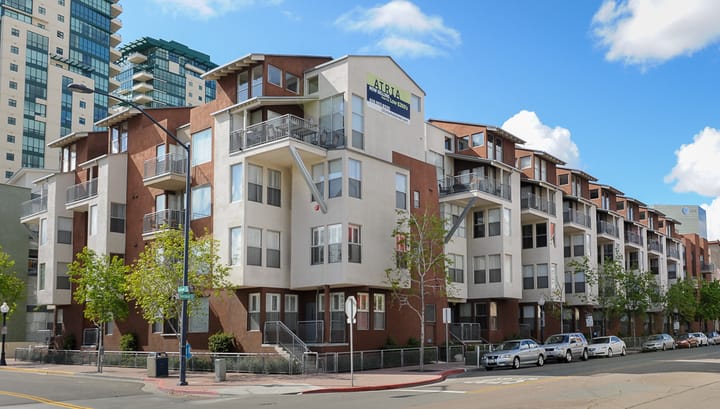 In 1869, when Alonzo Horton was still trying to make his vision come true of moving Downtown San Diego from Old Town to New Town on the waterfront, one of the first things he did was build a new wharf at the end of 5th Avenue. Consequently, New Town took off and he got what he had envisioned; people flocked there for the access to shipping.

By 1913 the Broadway Pier, the first commercial pier, was built, and just two years later San Diego hosted the 1915-16 Panama-California Exposition, hoping to draw attention as the first Pacific U.S. port of call after passing through the new Panama Canal. Before long, the district was full of warehouses and vacant lots, similar to the early days of the East Village district. With some of the most expensive and glamorous real estate in San Diego today, you would never imagine its humble beginnings. To learn more about this illustrious neighborhood, go to: https://www.gosandiego.com/neighborhoods/marina-district/